Some of Williamson County's best farms and landscapes are protected from development. 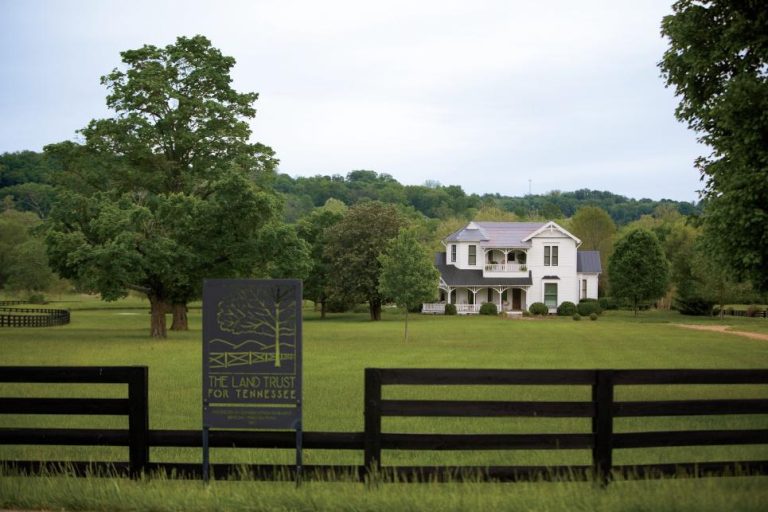 With a contagious passion, longtime Leiper's Fork property owner and land preservation champion Aubrey Preston expresses deep appreciation for Williamson County’s verdant hills and creek-carved valleys. But for him, the color of the grass and trees isn’t the only shade of green that preservation makes possible.

“There are a lot of dimensions of why protecting our open spaces is important,” Preston says. “Probably the most important is that it feeds my soul to be around things that are natural and wild. Whenever I’m in a place where there are deer and turkeys and coyotes, it keeps me connected to some things that are important to me.”

Equally valuable, he says, is the role of “natural beauty to a high-functioning economy. That often gets overlooked. Open space for recreation, hunting, fishing, the viewshed, are all luxuries that high-end job creators and the most sought-after corporations look for. If we follow the pattern of many other communities toward 360-degree, suburban development, I think we’ll see top employers going elsewhere. They have a lot of choices.”

A County Out Front

Thanks in large part to engaged residents like Preston and preservation-minded civic leaders, Williamson County has led the way in maintaining the largely rural character of its landscape.

Of the 88,000-plus acres of farm land, green space and recreation areas protected by the Land Trust for Tennessee, Williamson County is home to just over 6,000 acres. The county has more individual properties (44) under Land Trust protection than any other county in the state. (The first was the Aubrey Preston Farm in Leiper's Fork, in 1999; the most recent include 82.5 acres owned by attorney Doug Berry, in the Burwood community along West Harpeth Road.)

“That says a lot about the values of the people who live in the area,” says Jean Nelson, president and executive director of the Land Trust for Tennessee.

Among the keys to preservation is the controlled pace of development outside of the county’s primary economic centers, according to Williamson County Mayor Rogers Anderson.

“One of the successes that we have had in the past two decades is to protect land in the unincorporated areas, and we take great pride that, through land-use plans and zoning, we have been committed to preserving rural, agricultural and open spaces,” Anderson says.

In tandem with involved residents, county and municipal leaders have worked hard to ensure that community treasures such as Harlinsdale Farm and Bending Chestnut Park in Franklin, Marcella Vivrette Smith Park in Brentwood and Bowie Nature Park in Fairview – among many others – remain available for residents to enjoy.

Preston, Nelson and others realize that as the county remains a popular relocation destination, and the desire for development increases, preservation efforts must keep pace.

“We’ve got to plan for conservation in the same way that we plan for development,” Nelson says. “Quality of life is a big reason why people come to Williamson County, and the economic benefits are significant. We want to do everything in our power to help keep it that way.”