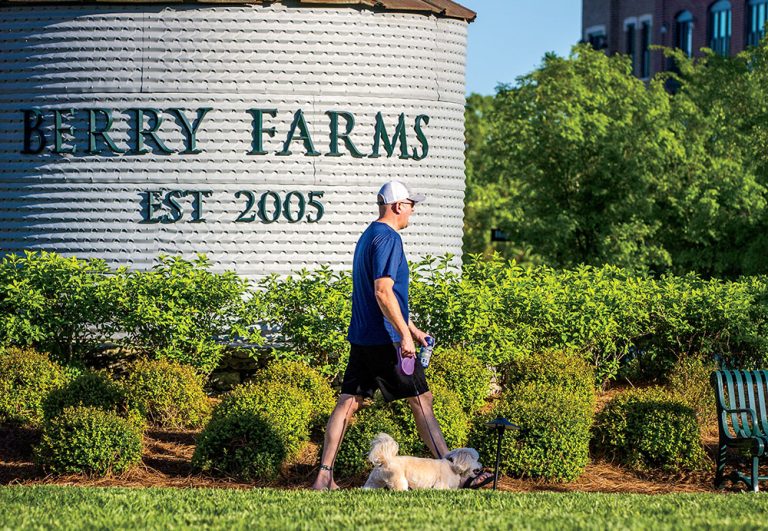 When it comes to housing, Williamson County is becoming a place that has something for everyone, and everyone is something. In other words, the growing list of condos, apartment complexes and multiuse developments in the area is filling up fast with a wide cross section of people.

“There is a good diversity of product out there – flats, townhomes, mixed-use commercial development – because buyers are requesting a variety of things,â€ says Jordan Vaughn, 2020 president of the Williamson County Association of Realtors. “And there isn’t just one stereotypical type of buyer anymore. They’re more diverse in age, culture and what their vision of a home looks like.”

That mixture is attractive to national real estate companies such as Northwood Ravin, which is teaming with Franklin-based Boyle Investment Co. on the new McEwen Northside complex, set to open its first stage in 2020. Jeff Furman, vice president of development for Northwood Ravin, said these types of complexes need the diverse demographics found in Williamson County in order to succeed.

“We can’t do these projects everywhere. It takes a special area like Williamson County,â€ Furman says. “We have young professionals, older adults who aren’t ready to buy a house, empty nesters who are tired of cutting the grass, and seniors who have retired and down-sized.

It’s a vibrant, diverse, mixed group of people across the age spectrum. So, there’s something for everybody in these places.”

From Affordable to Affluent

Williamson County has experienced a growth rate of more than 65 percent over the past 15 years, attracting people who are looking for a high quality of life as well as economic opportunities. For many of them, condos and apartments make more financial sense than buying a house. The median sales price of a house in Williamson County in April 2019 was $525,000, compared to $268,000 for a condo.

“The higher-priced housing is steady but not as dominant as it has been in the past, while anything below the median price is selling like hotcakes,â€ says Stephen Murray, executive director of the Community Housing Partnership of Williamson County (CHP). “That’s important, because you need to have housing for the police, firefighters, nurses and school teachers.”

CHP is catering to that demographic with two new developments. The 30-unit Village at West Main Street opened in 2019 with sale prices averaging around $175,000 and sold out quickly. In addition, CHP is planning a 241-unit complex on Wood Duck Court near I-65 that Murray says will be affordable enough for people making $50,000 to $60,000 a year.

“There’s a potpourri of different people in Village at West Main Street,â€ Murray says. “It’s mostly workforce, but also some retired people who have scaled back. Just like the county itself, there’s a variety of people.”

One of them is Colton Belmondo, a native of Seattle who moved to Franklin in 2017 to take a job as an IT security analyst. He says he was attracted to Village at West Main Street because of the location (a neighborhood near downtown Franklin) and cost.

“I could not quite afford a home in Franklin and did not need that much space,â€ Belmondo says.

“The Village at West Main made sense for me being a first-time homebuyer and wanting a stepping stone when I am ready to go from a condo to a house. I really appreciate the small-town feel of the area. The location of the building is amongst neighborhoods and small businesses, so it feels like an escape from the hustle and bustle of the city. The location at that price point made it a pretty easy decision.”

Of course, there also are plenty of developments in Williamson County, including McEwen Northside, that are aimed at higher-income buyers. Properties such as Emblem, Berry Farms and Cameron at Franklin Park offer luxury amenities in a setting that often includes restaurants, shopping and green spaces.

“The big buzz word we’re hearing a lot now is ‘connectivity,’ the ability to easily walk from where you live to a restaurant or a park,â€ Vaughn says. “These places offer a lot more amenities. It’s not just an apartment complex with a swimming pool.