The products you use every day to make life more convenient? Chances are they were made in Jackson, TN. 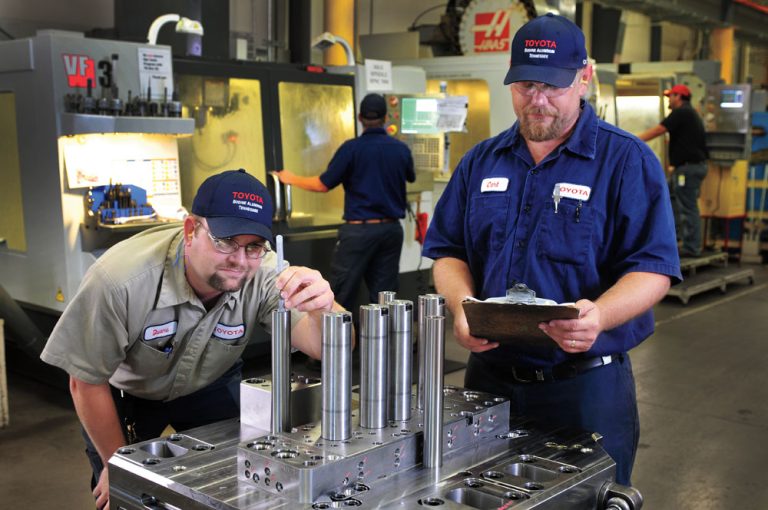 Whether it be the car you drive, the plane you board or the food you eat, it’s highly possible something made in Jackson is directly impacting your life, maybe even every day.

Companies that make a wide range of products with household names, or the components that go into those products, have chosen Jackson as a place to do business. They are attracted by Madison County’s convenient location on a major interstate, high quality of life, excellent training programs and colleges, and skilled workforce.

The availability of a smart, dedicated workforce attracted Tennalum, which began production in 1989 in its 310,000-square-foot facility in the Madison West Industrial Park. The plant employs 170 full-time workers and has little turnover. The average length of service is 15 years.

The company, part of Kaiser Aluminum, produces aluminum rod and bar stock for use in aerospace, automotive, ordnance and general industrial applications. It sells primarily to metals distributors across the United States.

The company produces aluminum used by Boeing to manufacture aircraft and by Ruger in the production of firearms.

“The plant was located here due to the availability of people who could function in a high performance work-team environment,” says Mark Lane, manager of Tennalum’s Jackson facility. “Jackson also has excellent educational facilities, including Union University, the University of Memphis Lambuth Campus and Lane College.”

“The plant’s proximity to Interstate 40, the main east-west corridor across the U.S., and Interstate 65, the north-south corridor, certainly helped since much of our product is shipped to the West Coast and the Midwest regions of the U.S. The local chamber of commerce has been very supportive of local industries over the years, and this helps as well.”

Other well-known companies with operations in Jackson include The Kellogg Co., which makes Pringles, Saltines, Graham Crackers and Club Crackers.

The Carlstar Group makes specialty tires and wheels for agriculture, construction, lawn and garden, and other uses.

One of the largest recyclers in North America, Gerdau, has been in Jackson since 1981. Its mill recycles more than 600,000 tons of scrap steel annually.

How Jackson, TN Creates a Healthy Community through a Superb Health Network

Toyota Bodine, established as a Toyota company in 1990, manufactures aluminum castings for Toyota vehicles in Jackson.

Stanley Black & Decker Inc. recently announced the investment of more than $29 million to make significant upgrades to its operations in Jackson, designated as one of the tool and hardware manufacturer’s first “Lighthouse” facilities. The Fortune 500 company announced plans to create approximately 255 new jobs in Jackson. Before the expansion, the company employed about 550 workers. In addition, the company is bringing its 500,000-square-foot distribution center back into full service. The Jackson plant serves customers globally with DEWALT, Stanley, Bostitch and Porter-Cable branded power tool products, components and air compressors.

As a “Lighthouse” facility, the Jackson operation will serve as a showcase for new advanced manufacturing methods.

“Not only are we adding jobs, capacity and volume in Jackson as a result of growth driven by the commitment of an excellent team, we’re doing something even better,” says Jeff Ansell, president of Stanley Black & Decker’s tools business. “We are adding capabilities that will turn this facility into the pinnacle of next-generation manufacturing. As a company, we operate nearly 30 factories in the United States, and our team in Jackson has earned this investment. I have confidence we will set the standard for manufacturing in our facilities around the world.”