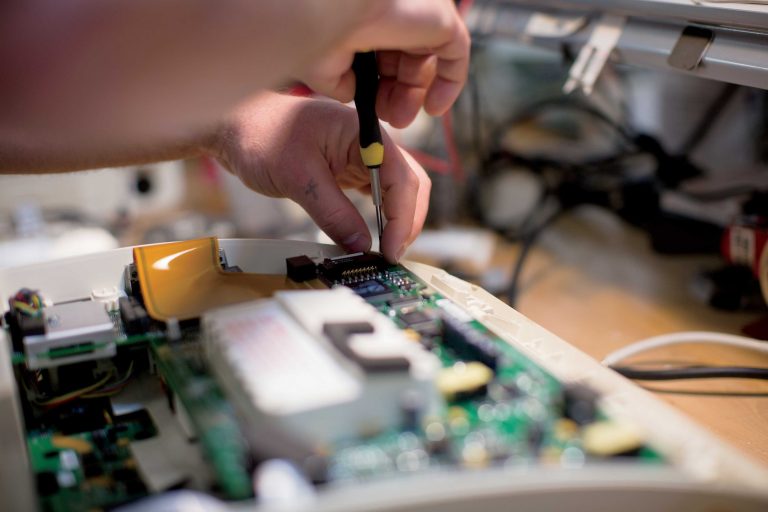 Jackson is a good fit for large industries and small businesses alike, and the city has an impressive list of companies that call it home.

“We work well with companies no matter the size and treat all companies the same,â€ says Kyle Spurgeon, president and CEO of the Jackson Chamber. “We also have a history of working closely with the Jackson Energy Authority, City of Jackson, Madison County, State of Tennessee and the Tennessee Valley Authority, all for the good of growing business.”

Spurgeon points out that one of Jackson’s key advantages is its location along Interstate 40, about halfway between Memphis and Nashville.

“When companies look for a good city to do business, I-40 helps to make us a preferred choice for many site selection consultants and real estate brokers,â€ he says. “In addition, being at the geographic center of West Tennessee allows us to build our economy around an entire region. Our retail trade area encompasses more than 300,000 people, and 50 percent of the Madison County workforce is composed of people living outside of the county.”

Spurgeon adds that the Jackson area features seven colleges and universities within driving distance, and students can attend high-ranked public schools and top private schools in Jackson and Madison County.

“We are also home to Jackson State Community College (JSCC), which prides itself on being in tune with the needs of local industries,â€ he says. “JSCC, as well as the Tennessee College of Applied Technology, both offer courses and programs that students need for filling high-demand jobs throughout our region.”

“In 2003, Toyota Bodine expanded into Jackson, and in 2018 we celebrated 15 years and 15 million engine blocks,â€ says Shawn Daly, plant manager of Toyota Bodine Tennessee. “Our Tennessee plant is the world’s highest quality producer of engine blocks for Toyota vehicles, from the Camry in your driveway to the Tundra down the street.”

To make aluminum blocks in Jackson, Toyota has invested $315 million since 2003, including a $14.5 million investment in 2017 to accommodate production of 2.5-liter engine blocks and hybrid transaxle cases and housings.

“We have found the Jackson community and community leaders to be incredibly collaborative,â€ Daly says. “Our industry is advancing rapidly, and local partners are helping us prepare for the next-generation of manufacturing.”

Smaller companies are also flourishing in Jackson these days. For example, Master Medical Equipment has found success repairing and reselling professional medical devices that are fixed by military-trained and certified biomedical technicians.

Another success story is S.M. Lawrence, a company specializing in servicing HVAC units in the commercial, industrial, hospitality and institutional markets.

At Adelsberger Marketing, owner Kevin Adelsberger isn’t originally from Jackson but came to the city to attend Union University, and he now runs his startup marketing company out of theCO co-working incubator space.

“My company provides digital marketing services, creative graphic design, photography and videography services to businesses that mostly deal with online advertising,â€ Adelsberger says. “We mostly work with a variety of small- to medium-sized businesses in the Jackson area, and our customer base is diverse. That’s good because I don’t have to rely on one or two specific industries to keep my company advancing.”

Adelsberger’s wife, Renae, works part time for the company, and sales professional Ricky Santos joined the company in May 2018.

“Jackson has really embraced us, and I love the city,â€ Adelsberger says. “If you want to have a meeting with the mayor or the chamber president, you can do that here in Jackson – even if you don’t know them. A lot of places aren’t like that. My wife and I feel completely committed and invested in the city. This is home to us.” 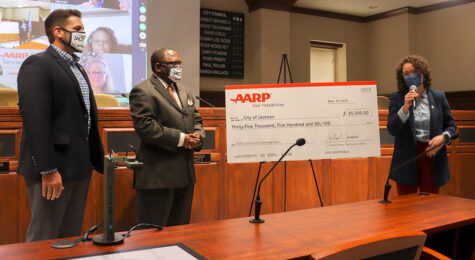