The Sky is the Limit in Jackson, TN

McKellar-Sipes Regional Airport’s influence extends far beyond its boundaries, proving success is in the air. 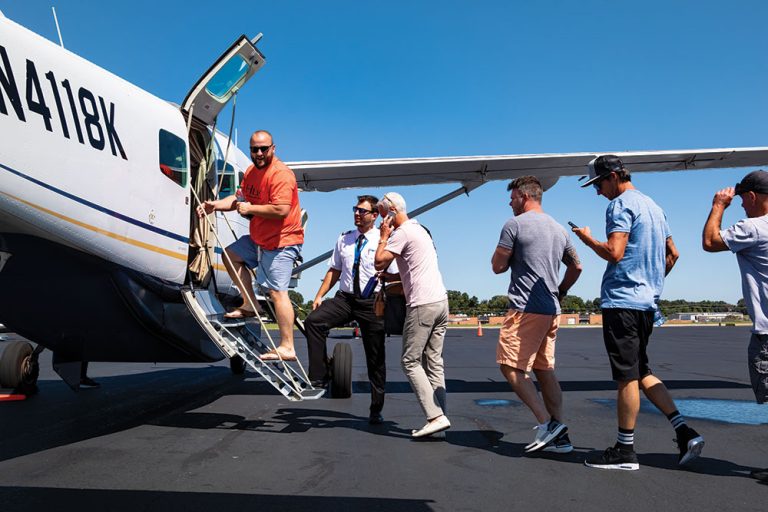 McKellar-Sipes Regional Airport encompasses more than 800 acres in Jackson, but its impact on the region’s economy and quality of life extends far beyond its two runways and control tower.

The airport’s direct economic contribution is estimated at $250 million per year. In addition, McKellar-Sipes serves as a gateway for businesses, investing and creating jobs in Madison County. Scheduled airline service, charter flights and private aircraft based at the airport provide convenience for business and leisure travelers.

McKellar-Sipes supports activities that contribute to the national defense, enhance public health and safety, support the agriculture industry and provide opportunities for the public to experience aviation firsthand.

On a daily basis, air ambulances stop at the airport. They include fixed-wing airplanes and emergency helicopters. The Civil Air  Patrol meets twice a month at McKellar-Sipes.

“The growth of Airport Industrial Park shows the trend of new businesses wanting to be close to the airport,â€ Smith says.

The airport hosts public events, such as the Firefighters Freedom Festival. That event, held every Fourth of July by the Madison County Fire Department, draws about 15,000 participants. The Fallen Aviator Car Show and Fly-In is held every September by Tennessee Army National Guard Unit No. 3.

The Ninety Nines, a women’s pilot organization, provides free educational flights to young people at McKellar-Sipes. Flight training is available at the airport.

“Daily commercial flights to St. Louis and Atlanta connect the Jackson community to the world,â€ he says.

Air Choice One provides a total of 26 round-trip flights each week to Atlanta and St. Louis, says Shane Storz, the company’s president and CEO.

The airport, which meets the same FAA safety and security requirements as much larger facilities, has a 6,000- foot primary runway with a Category 1 instrument landing system plus a 3,500-foot secondary runway. The control tower is operated from 7 a.m. to 7 p.m. daily under the FAA Contract Tower Program using FAA-certified controllers.

Air Choice One was launched by Multi-Aero, Inc., based in St. Louis, as a scheduled airline providing service to hard-to-reach communities. Its service is based on providing increased flexibility of air travel at reduced fares. Airline service provides fuel for the engine of economic development for smaller communities.