Community mixes all the ingredients for active, affordable living 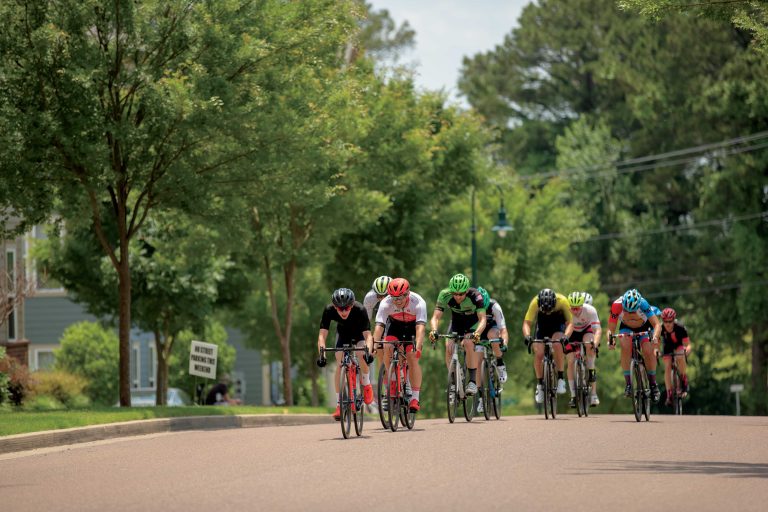 Take a sizable serving of big-city amenities, mix in rockabilly charm, then top with a strong spirit of community togetherness, and you have the recipe for Jackson.

Located midway between Memphis and Nashville, this city of approximately 67,000 people enjoys the best of both worlds. Serving a retail trade area of nearly 400,000 residents, there are enough activities to create a fulfilling lifestyle for young talent and families, but without the dense traffic and high housing costs often associated with larger municipalities.

“It’s like living in a big city without the big-city issues,â€ says Katie Hale with Town and Country Realtors. “You can really get anywhere in Jackson in 20 minutes. We have a wide variety of things to do, and because our housing is so affordable, it allows you to be able to do all those things.”

The lengthy list of recreational opportunities includes AA professional baseball games and concerts at the 6,000-seat Ballpark at Jackson (home of the Jackson Generals), many well-attended community festivals, a host of dining and shopping options, several hiking and biking trails, a downtown dog park with another on the way, and the popular West Tennessee Farmers’ Market.

“Jackson is a community where people really come together to enjoy themselves,â€ says Tony Black, executive director of City of Jackson Recreation & Parks. “One of our greatest assets is the partnership between the private and public sectors. It’s a great relationship that has truly benefited the community’s growth and direction.â€

An example of that partnership is the Zagster bike share program, which began in June with funding from both the city and several local businesses. Bicycles are available at four locations – downtown, at Jackson-Madison County General Hospital, at Lane College, and at Union University – and can be ridden for free for the first hour and just $1 an hour after that.

“It’s the type of thing you usually only find in larger cities,â€ says Matt Joiner, president of the Jackson Spokes Cycling Club. “There are a lot of people who don’t need a bike full time or they don’t have a place to store a bike, but they want to go out for a ride around town. The bike share makes that possible.”

Cycling is one of the most popular outdoor activities in Jackson, highlighted by the annual Rockabilly Gran Prix. Bike races for amateurs and pros are held on downtown streets that are blocked off from auto traffic.

“The city, Downtown Jackson, the Jackson Chamber and tourism have really gotten behind the race,â€ Joiner says. “That’s because we have a proactive city that wants to have a healthy, active community, and they put in the work to make that happen.”

Black says new bike trails are being developed along the Forked Deer River, and there are plans for the creation of a 3-mile Rails-to-Trails route stretching from downtown to the community of Bemis. In addition, the hiking trail at Liberty Garden Park & Arboretum has been widened, and a new education building in partnership with Union University recently opened within the 165-acre Cypress Grove Nature Park.

Jackson’s canine contingent is getting another park of its own to go along with the current one downtown. The city won a $100,000 grant from the Boyd Foundation for the creation of a new dog park, to be built adjacent to the baseball stadium along Interstate 40.

People also head outdoors in Jackson for many community events, including the Jackson International Food and Art Festival, Archeofest (a celebration of Native American culture and archaeology) and Christmas in the City. Jackson’s 731 area code prompted the new 731Day festival, held each July 31, of course. In addition to numerous activities – including a water-balloon fight involving 8,000 balloons – live music is performed throughout the day on the front porches of 10 homes in the Lambuth Area Neighborhood Association (LANA).

LANA is one of the hottest areas in Jackson, attracting millennials with its historic, renovated houses. But even though the overall housing market in Jackson is strong, it remains affordable.

“There is a lot of renovation going on with older homes, but in the north there is a lot of new construction, too,â€ Hale says. “There’s just a boom right now, and we can’t keep up with the demand. Downtown is really taking a turn, and it’s attracting people here. It’s just a neat time to be a part of Jackson.”