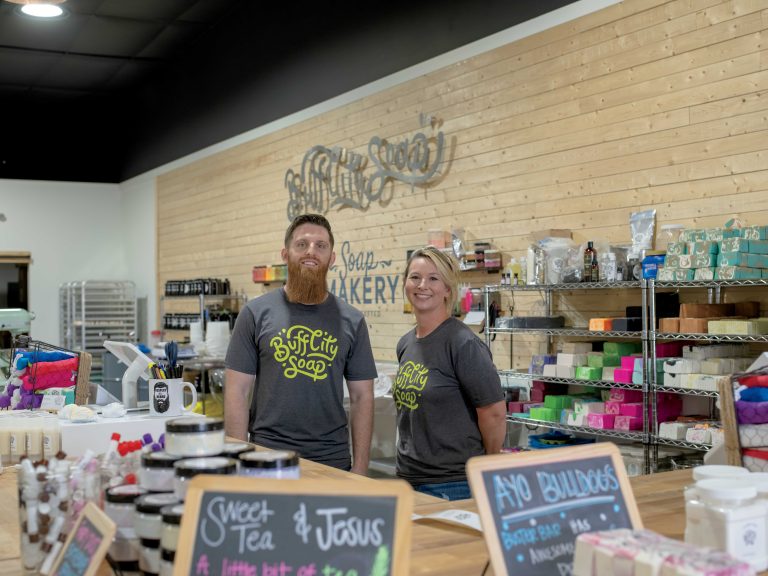 Build it and they will come. That’s definitely the philosophy behind one of Jackson’s fastest-growing mixed use developments. Both tenants and consumers have flocked to Thomsen Farms, an 80-acre commercial development zoned for commercial, retail and medical use.

It is a prime location in terms of access, traffic volumes, growth, population density and high household income levels in the immediate area. Sidewalks and surrounding infrastructure like I-40 add to the convenience factor.

The ever-evolving destination has been well received by residents and the business community alike. But why is such activity coming to a head now? The short answer: It was only a matter of time. Jackson experienced a manufacturing boom in the 1990s that set the stage for economic growth in the following decade and beyond.

From 1990 to 2000, manufacturing employment increased by as much as a third, despite downward trends in other markets nationally. Both population and non-farm payrolls in Jackson grew faster than the national average during this period. In other words, people are flocking to the area and they have the money to spend on retail and health care expenses.

One Thomsen Farms business that has benefited is Polished Salon. The salon offers traditional nail care services like manicures, pedicures and even waxing. Owner Paul Nguyen says his salon has been open for about 16 months and it’s been fruitful so far. He saw benefit in getting in on the ground level, too.

“Polished Salon was one of the first businesses to move to Thomsen Farms and it’s awesome to see the growth of the area,â€ he says.

They say location is everything and that applies to Thomsen Farms’ value proposition.

“Thomsen Farms gives you the retail, and new construction also offers an excitement and a buzz in the area.”

Nguyen says that excitement is palpable, in talking to clients over the past several months.

“From what we gather, people want new and unique businesses in Thomsen Farms,â€ he says. “Different types of businesses, new attractive dining destinations, overall … just a need for something different. Thomsen Farms has great potential to offer just that and the clientele that’s willing to try.”

“It’s been growing by leaps and bounds as far as the number of businesses that have opened (here),” he says.

And Jonson is no stranger to that growth. He laid out a 5-year projection for his business and by the end of the first year, he had actually met goals for year three.

He says his success lies in meeting the needs of a wide clientele. That means college students, families and even retirees. The wide menu makes the sho[ appealing to those groups.

The convenience factor should not be overlooked either. Hammer says half of his business is conducted via drive-thru, making it easier for people to eat well on the go.