Affordable, amiable, accessible, amenities, amazing - the list goes on and on. 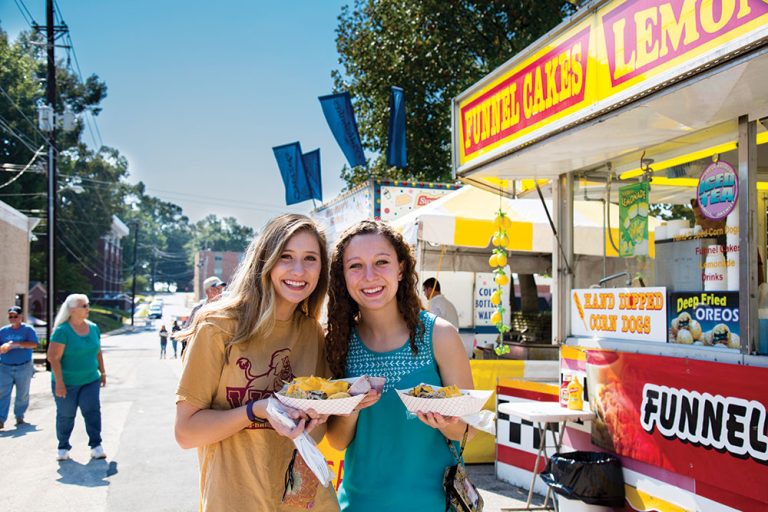 Jackson’s quality-of-life report card is full of A’s. It’s affordable, with a real estate market that offers a desirable range of housing at lower prices. It’s amiable, with friendly, welcoming residents. It has amenities, including quality health care, good schools, historic sites, parks, minor league baseball, restaurants, entertainment and more. Plus, it has great access – not just with transportation infrastructure, but with gigabit internet, too. And, in a word, it’s amazing!

“I am a complete and total advocate for Jackson and Madison County. It is the absolute place to be. Growth is happening right now,â€ says Joey Hale, owner of Town & Country, Inc., Realtors. “People want to live in a place that offers levels of affordability, opportunities for personal growth and a strong community.”

Affordability A 2017 U.S. Bureau of Economic Analysis report shows Jackson as the ninth-least expensive metro area to live in in the United States at nearly 18% below the average national cost of living. The Economic and Social Research Institute (ESRI) indicates the average (mean) home value is $198,000 – considerably less than other homes across Tennessee.

“Jackson is a vibrant, progressive and expanding community nestled in the heart of West Tennessee, offering families enormous value for a quality of life that is far more expensive and more difficult to obtain in the flanking metropolitan cities of Memphis and Nashville,â€ says Alan Castleman of Hickman Realty Group. “It’s a great place to live and raise a family.”

Homes to Fit Any Budget

An example of a desirable, affordable neighborhood is Walnut Trace, which has an average entry price ranging between $165,000 and $170,000 for 1,600 to 1,750 square feet of space, on average. The neighborhood features brick homes with two or three bedrooms, two-car garages, fireplaces and fenced yards. Homes have comfortable kitchens, master baths, double vanities and walk-in closets.

At another price point, the $260,000 to $280,000 range for about 2,800-square-feet homes is the Wrights Mill neighborhood. The average home is brick with stone accents and has four bedrooms, three bathrooms, granite countertops in a large kitchen with a breakfast bar, a variety of floor coverings, from hardwood to ceramic tile, a gas fireplace and a bonus room. Outdoors you’re likely to find large covered patios and two-car, side-entry garages.

If you’re looking for a lot more space, say 3,500 to 5,000 square feet, you can find it at average prices ranging from $475,000 to $500,000 in The Enclave at NorthPointe. The gated neighborhood includes large shade trees and circular driveways with custom-built homes. Features vary widely from home to home, but imagine luxuries that include spacious and tiled master baths, stone fireplaces, central vacuum systems, built-in bookcases, media rooms, open gourmet kitchens and covered outdoor entertainment areas. A walking trail encircles the community’s lake.

Living in and around downtown Jackson is growing in popularity, too. One resident who can attest to this is Katie Howerton, editor-in-chief of Our Jackson Home.

“I was always attracted to a more urban and historic feel. The rental costs were excellent, and I personally loved the quirky aesthetics and walkability. I bought my first home in the area two years ago and love the diversity of midtown.”

Interest is high for apartment living downtown, too. The one- and two-bedroom Jackson Walk development is attractive to all ages for its low maintenance space, a strong sense of community and easy access to entertainment. A one-bedroom, 575-square-foot unit starts at around $830, which includes a membership fee to LIFT Wellness Center nearby. Also within easy walking distance is the West Tennessee Farmers’ Market, The AMP at the Market, walking and biking trails, a downtown dog park, The Shops at Jackson Walk and more.

Digs for Your Dogs

The same good news goes for hotels, with 18 of them in Jackson welcoming pets. They include Courtyard by Marriott, Hampton Inn & Suites Jackson, Residence Inn by Marriott, Rodeway Inn Denmark and Quality Inn.

And for dog parks, the most popular in Jackson is the offleash Jackson Downtown Dog Park, where the only rule is “no aggressive dogs.”

There’s also a new dog park with easy access from Interstate 40. Meanwhile, Jackson also has 12 public parks where dogs can enjoy the outdoors as long as owners have them leashed.

Affordable Fun for All

There’s plenty of fun for any budget no matter where you live. Here are just a few examples:

Free movies under the stars at Liberty Garden and Shirlene Mercer parks and $5 movies at The Ned downtown.

Bats for a Buck

Free programs for adults and children at the University of Memphis Lambuth M.D. Anderson Planetarium, and The Jackson Symphony performs its free Starlight Symphony on the grounds of First Presbyterian Church annually.

A free Friday night concert series connects the music of Beale Street and Music City at The AMP downtown.

The annual Christmas in The City event in early December features Santa and multiple reindeer, more than two dozen vendors and many other family activities, all free at the Farmers’ Market.