Skip to content
Home > TN > Jackson > Where to Live Now > Why Jackson, TN, is a Great Place to Live

Why Jackson, TN, is a Great Place to Live

Jackson, TN, is a city that makes it easy for residents to connect with one another and find their community. 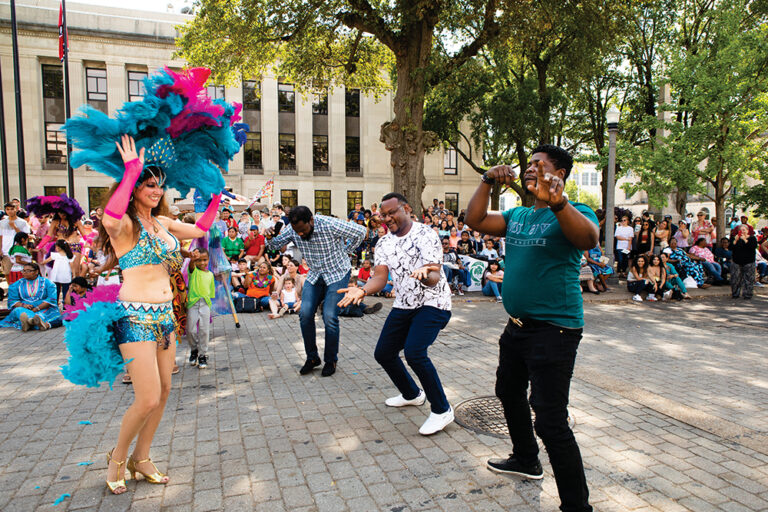 There are several advantages to living in Jackson, Tennessee, but its most notable aspect is its warm, inviting community. Whether you’ve lived in the area for 50 years or 50 days, you feel an overwhelming sense of home and connectivity.

And while friendliness does seem to run through the veins of all who reside here, people bond with others so quickly because the region provides several ways for them to get involved, from sports and nonprofits to community events.

There’s no better way to enjoy the region’s superb outdoors than to recreate with others — a concept many individuals have embraced. For example, there’s quite the running community in Jackson. Gear shops like Fleet Feet and clubs like Jackson Roadrunners host regularly scheduled runs in which people can participate throughout the year.

Plus, Jackson offers dozens of popular races for runners, including Gold’s Gym/Fleet Feet Turkey Day 5K held in November, and Andrew Jackson Marathon and Half Marathon, which is Tennessee’s oldest marathon and a certified Boston Marathon qualifier. The marathon celebrated its 50th anniversary in 2022.

As for residents who prefer two wheels, Jackson Spokes Cycling Club hosts group rides on Tuesdays, Thursdays, Saturdays and Sundays when the weather is nice.

“It’s an easy way to meet up with people. We basically have people of all different paces and abilities, so you can kind of get in a niche with the people that ride your speed,” says local cyclist Matt Joiner. “You form friendships and bonds riding together, and then you meet people from every different profession and every different lifestyle — you have doctors, lawyers. I’m a firefighter, and I have guys who are machinists that I ride with.”

Area nonprofits are another great way for residents to connect with and help others. Considered a community staple, ComeUnity Cafe is a nonprofit, donation-based restaurant that was opened by Amy Crenshaw in 2013.

The cafe, which is located on East Main Street in downtown strives to serve healthy food in a comfortable, homelike setting and offers a menu consisting of two soups, two salads and two sandwiches. Diners pay for their meal by either volunteering their time or donating money.

While the food is delicious, individuals don’t have to eat at the restaurant to give their time. The cafe accepts volunteers every day from 9:30 a.m. to 1:30 p.m. to help wash dishes, water plants, wash windows, wrap silverware, prep food, and more. And while the cafe works to address hunger, it’s also a hub where people from all walks of life can come together and feel welcomed and embraced by their community.

Over the years, Jackson has worked to host a wealth of annual events to bring residents together. In turn, these community gatherings are what has given Jackson much of its unique character and spirit.

One popular event is the Jackson International Food and Art Festival (JIFAF), which was launched in 2014 to give Jackson’s foreign-born citizens a space to share their history, art and culture with their neighbors.

“It gives each (participant) a sense of pride to share the beauty of their culture with the members of our community,” says Dr. Sandra Dee, co-chair of JIFAF. “It promotes unity, as it is a celebration of diversity of our city. Understanding the strength of our differences makes us stronger as a community.”

“It promotes unity, as it is a celebration of diversity of our city. Understanding the strength in our differences makes us stronger as a community.”

Held downtown every October, the festival features the popular Parade of Cultures as well as art, dance, music and flavors from around the globe.

“People don’t have to travel a great distance to enjoy what the festival has to offer. You travel around the world in your own backyard,” Dee says. “It is interesting for most attendees to learn that we have many cultures here in Jackson. They could walk the streets of downtown Jackson, savor ethnic food, marvel at the sights and sounds, and watch performances on the stage and the colorful Parade of Cultures.”