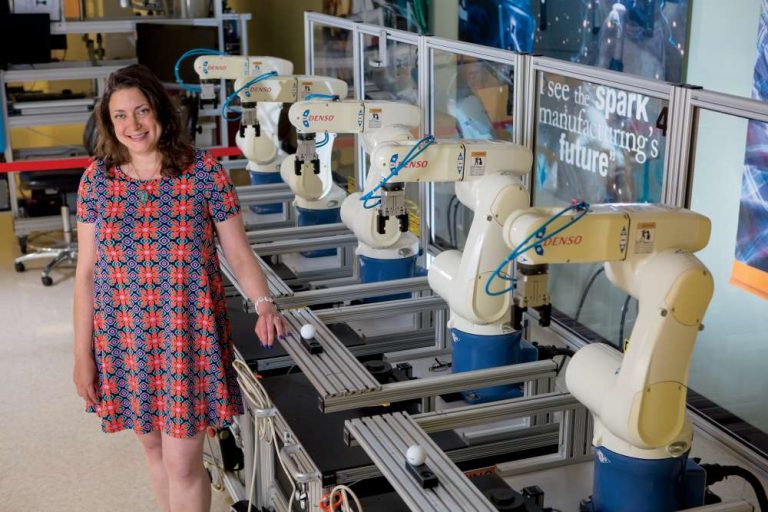 The effect of NETWORKS Sullivan Partnership on the local economy is right on the money these days.

The partnership, which is the economic development organization for Sullivan County and its communities of Kingsport, Bluff City and Bristol, has experienced recent successes that include establishing three certified Tennessee Select industrial sites. Tennessee Select sites are industrial parks that are ready for companies to build upon, having already undergone various stages of state certification in areas such as environmental audits, geotechnical studies, installing water and sewer lines, securing power and natural gas services, and providing high-speed fiber-optic connectivity.

“One of the sites, Tri-Cities Aerospace Park, is conveniently located at Tri-Cities Airport that has a Foreign Trade Zone No. 204 to allow companies to lower their tax level when doing international business,” says Clay Walker, CEO of NETWORKS Sullivan Partnership. “The industrial park and airport allow us to attract high-paying aviation, aeronautics and defense-related industry sectors to our region.”

Who are Kingsport’s Top Employers?

Walker says a major academic asset in Kingsport for attracting big industry is the Regional Center for Advanced Manufacturing, located downtown on the campus of Northeast State Community College.

“RCAM is a crown jewel of industrial education, borne out of a public-private partnership between Northeast State Community College and Eastman and Domtar, two of Tennessee’s prime employers,” he says. “Training programs at RCAM include welding, 3-D printing, robotics and its own in-house chemical plant, and a new aviation curriculum is being taught at the college in partnership with Bell Helicopter.”

Walker says officials from Nissan North America traveled to RCAM in 2017 to tour the facility and learn about it, since the automaker is looking to construct a similar training facility for its own workers in Smyrna in Middle Tennessee.

“The training capabilities at RCAM allow us to market Kingsport to site location consultants throughout the U.S. because we can train employees in all kinds of manufacturing sectors,” he says. “Kingsport is already strong in food processing, plastics/chemicals and steels/metals, and we have the capabilities to specialize in so much more.”

Walker adds that virtually every region of the United States claims to be centrally located with convenient access to large population markets, but Kingsport truly has the infrastructure in place that is ideal for attracting distribution companies.

“We are situated at the intersection of Interstates 81 and 26 and have outstanding rail capabilities as well as Tri-Cities Airport,” he says. “Our power companies offer low rates. Also, there is high-speed fiber-optic connectivity in place — essential to those who telecommute.”

One company that chose Kingsport largely for its distribution advantages is Leclerc Foods, a food producer that announced in 2017 it will add a second manufacturing facility to its existing Kingsport plant, as well as warehousing and distribution space. Leclerc, which makes cookies, snack bars and crackers, will invest about $50 million and create 105 new jobs by 2018.

Meanwhile, a large company that has enjoyed doing business in Kingsport for nearly 100 years is Eastman Chemical Company, which produces a variety of plastics, fibers and chemicals that go into hundreds of products for improving people’s lives.

Counts lived in Columbia, S.C., until about 10 years ago, and dealt with long commutes and the hustle-bustle of a big capital city. Now she is married with two children, and her family enjoys their days in Kingsport.

“I don’t worry about my children’s safety, and it only takes 5-10 minutes and you’re at church, school, work, the grocery store and so forth,” she says. “Kingsport is a great place to do business, and I wouldn’t want to live anywhere else.”