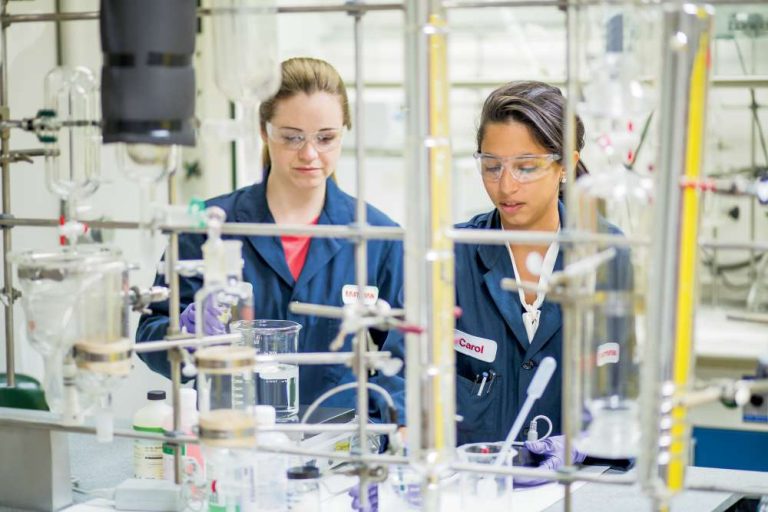 Kingsport isn’t just a white-collar or blue-collar city. It is both – and just about everything in between.

The economy here covers the spectrum with diversity, well-represented in sectors such as education, manufacturing, sales, health care, retail, and office and administrative support. The current business landscape ranges from mainstay huge employers such as Eastman to the smallest entrepreneurial endeavors.

Another high-profile Kingsport business is Bank of Tennessee, which originated from a homegrown idea in 1974 and today has more than $1 billion in assets. The bank’s branches have a total of 265 employees, and Bank of Tennessee has expanded to cities such as Knoxville and Nashville.

For shoppers, Kingsport has many of the larger national brand names that people appreciate, and there is also a strong small-business retail sector, especially in the downtown district. Retail success stores downtown include Abingdon Olive Oil Company, Bellafina Chocolates, Hibbert-Davis Urban Brews, Sleepy Owl Brewery and The Bagel Exchange.

Who are Kingsport, TN’s Top Employers?

“Technically, there are many, many small businesses in Kingsport because the federal government categorizes small businesses as having less than 500 employees,” says Aundrea Wilcox, executive director of the Kingsport Office of Small Business & Entrepreneurship, or KOSBE. “There are also several micro-enterprises, which are classified as companies with fewer than five employees.”

KOSBE is a Kingsport Chamber initiative that started in 1994 to assist entrepreneurs, startup companies and existing businesses with their growth and prosperity. Wilcox says if any business in Kingsport needs help, they should contact KOSBE.

“We provide customized, one-on-one, private and confidential business assistance in areas such as utilizing social media, financial management, hiring the right employee, marketing, insurance and more,” she says. “Our office sees about 125-150 people each year, and 2016 saw 16 startup companies launch their businesses.”

Wilcox says companies throughout Kingsport have access to many other helpful resources, including the SyncKingsport.com online portal that began in 2017 to provide useful information for entrepreneurs and small-business owners.

“An incubator called Sync Space opened downtown in early 2017 on Sullivan Street, and there are plans to develop a Product Creation Center that the city proposed as part of its ONEKingsport economic development initiative,” she says. “The Product Creation Center will encourage entrepreneurs to develop ideas in areas like manufacturing, which has always been a strong industry here.”

“We have several resources for entrepreneurs and small-business owners, but sometimes there is a disconnect with us not getting the word out well enough,” she says. “But if a business needs help with something or if someone just wants to talk about their idea, we are here for them. We don’t judge anyone’s business or idea. We are here only to provide help and information.”