People from all walks of life find a true sense of home in Kingsport. 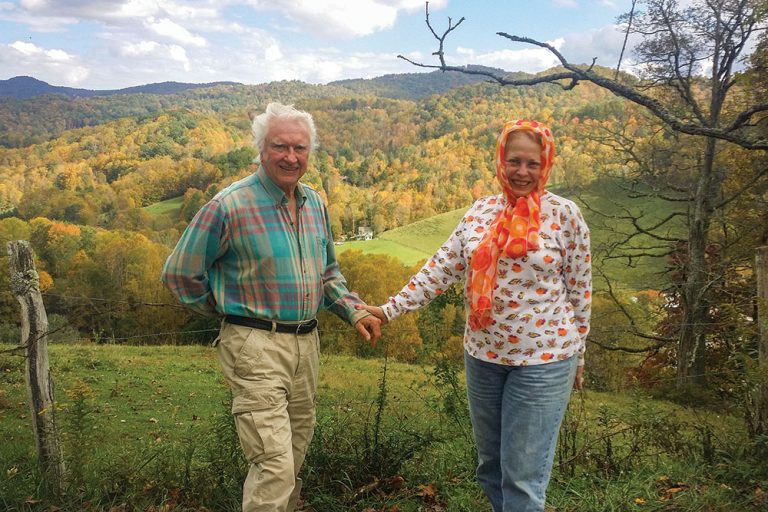 There are many reasons people from all over the world have relocated to Kingsport. Job opportunities, scenic beauty and its friendly, inclusive small-town community charm are just a few of the features that make newcomers choose Kingsport and become permanent residents.

George Chamoun, who moved to the Tri-Cities in 2011 to work at Eastman Chemical Company as a senior mechanical engineer, says he lived in four countries and five states before finding his home in Kingsport. He cites the area’s high quality of life, affordable housing and proximity to the outdoors for hiking and kayaking as some of the region’s top features.

“Southern Appalachia has some of the most beautiful landscapes I’ve ever seen, and we experience all four seasons here,â€ he says. “Kingsport and the Tri-Cities are also appealing places for people who want to make a difference in their communities. There is a real opportunity here to make a meaningful difference.”

His own efforts to make a difference resulted in founding TriPride, which organizes an annual festival and parade. Chamoun says TriPride is a way to showcase the community as welcoming and inclusive to the LGBTQ community, and the response has been resoundingly positive, with local businesses, politicians, faith organizations and other residents jumping in to organize and support the venture.

“I spent part of my childhood in Lebanon’s civil war and have lived in a number of countries. I believe these experiences spurred my passion to build bridges of understanding between people and to ultimately found TriPride in the Tri-Cities,â€ he says. “We believe TriPride helped to create momentum to make Kingsport and the Tri-Cities an even more welcoming place to live. I believe we are well on our way to attracting more diversity to the Kingsport area.”

Subhashini Vashisth moved her family of four to Kingsport from Vancouver, Canada, after she accepted a job here as a chemical engineer at Eastman Chemical Company in 2015. She says the move allowed the opportunity to work in a global specialty chemical company amid the laid-back charm of Kingsport.

“It’s a great place for raising a family,â€ she says. “There is natural beauty, and it’s a drivable distance to most major cities. We always wanted to experience countryside, scenic beauty surrounded by mountains, good food and good fried food.”

Vashisth, who was raised in India, says the idea of “finding homeâ€ is especially significant for people who have traveled and lived in many places. In deciding to move to Kingsport, Vashisth, her husband, Alok, and their daughters, Jaya and Dia, looked at three factors: schools, community and work.

“Kingsport City Schools are really good, and the teachers are so welcoming,â€ Vashisth says. “I’m really thankful that the Kingsport Fun Fest held the ‘Busking Around the World’ event so the community could understand one another better through volunteers from seven countries who shared their art, craft, culture, traditions, music and food. I was proud to represent my home country, India. Activities like this are a perfect way to raise the awareness and plant the seeds of acceptance to things that are different and build resilience.”

Checks All the Boxes

Retirees David and Erika Garrahan moved to Kingsport in 2014 as a compromise. Erika didn’t love David’s condo in Miami Beach, and David didn’t want to live in her Boca Raton, Florida, neighborhood. So when the couple married in September 2014, they started looking for a place they both would like. A month later, they moved into their Kingsport home.

“We didn’t actually know Kingsport, but we got really lucky to discover what a wonderful small city it is,â€ David says. “Every person we met here has been friendly and helpful. Within weeks, Erika joined four Kingsport clubs. I’m a New York City guy, so I got a Tennessee handgun carry permit and joined the Cherokee Rod & Gun Club. We both quickly felt comfortable in Kingsport.”

How Eastman is Part of Every Day Life

The Garrahans say Kingsport is an ideal location for retirees.

“Winters, even with the snow, are mild, and it is easy to make new friends here,â€ David says. “The medical facilities are top notch. Senior activities and social and educational opportunities abound. And retirees enjoy a comfortable lifestyle on a modest pension.”

If you’d like to learn more about the Kingsport area, check out the latest issue of Livability: Kingsport, Tennessee.