“By challenging the racial norm in Maury County, the African American community leaders and World War II veterans called national attention to the need for full civil rights for all Americans.” 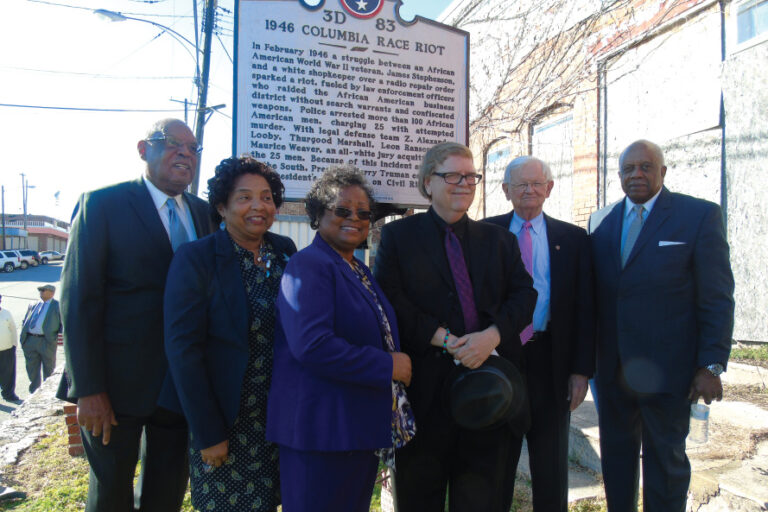 Today, newcomers are drawn to Maury County’s welcoming, diverse and accessible community, but it hasn’t always been this way.  Like many Southern regions,  the county was plagued for decades by Jim Crow laws, segregation and racial tension.
That tension came to a head  in 1946 when a dispute over a broken radio between a Black veteran, his mother and a white store clerk led to the Columbia Race Riot, a turning point in the community’s history.

“By challenging the racial norm in Maury County, the African American community leaders and World War  II veterans called national attention to the need for full civil rights for all Americans,” says Jo Ann McClellan, Maury County historian and president and founder of the African American Heritage Society of Maury County. “Many historians believe that this event was the beginning  of the Civil Rights Movement of  the 1950s and 1960s.”

McClellan was one of several presenters at a program in February 2021 that marked the 75th anniversary of this pivotal moment. Hosted by Stand Together Fellowship, a group of religious and civic leaders committed to bridging Columbia’s racial divide, the event allowed community members to reflect  on the city’s past while exploring  the possibilities of the future.

“I am a firm believer that we must acknowledge our history so that we can understand how far we’ve come, but also realize that we have so far yet to go,” says Columbia’s Mayor Chaz Molder, one of the program speakers. “I believe it is vital that  we not just celebrate the history that we are proud of, but also confront the history that we are not proud  of so that it not be forgotten, lest  it be repeated.”

Using the lessons of the past to avoid future mistakes was a main theme  of the event, says Trent Ogilvie, pastor of Bethel Chapel AME Church in Columbia and one of the founders of Stand Together Fellowship.

“This was a painful time in our history, and even though it happened many years ago, it still impacted our community,” he says. “We felt we needed to take this opportunity  to educate people who may not be aware of this part of our history,  but also to look at where we are  today as a community.”

“I am a firm believer that we must acknowledge our history so that we can understand how far we’ve come, but also realize that we have so far yet to go.”

McClellan and the African American Heritage Society of Maury County have played a major role in educating the community on the contributions Blacks have made to Maury County’s history. The group curated the Path to Freedom traveling exhibit, which chronicles the education of Blacks  in the county during the Reconstruction Period. The group also sponsors a quarterly lecture series with regional historians  and authors and works to have official Tennessee State markers placed at Black historical sites.
McClellan says while it is important to add to the historical narrative of this growing and vibrant community, it’s also important to celebrate the progress to date and acknowledge what is possible in the future.

Like McClellan, Molder, too, looks to the county’s past as well as its future.

“We are a special place because we  can celebrate our past, acknowledge our history and look forward to the future,” Molder says. “We know that our future is shaped by the actions of today. We must never hesitate to speak up and speak out for what is right.” 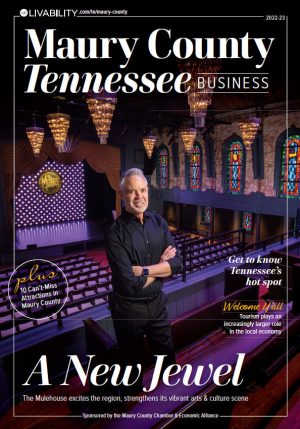