Downtown revitalization has deep roots in Maryville and Alcoa. 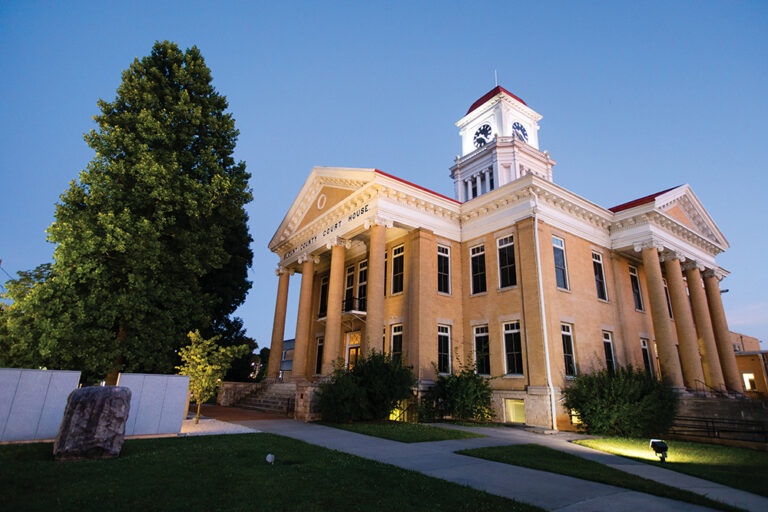 New downtown developments are coming fast and furious in Maryville and Alcoa. Of course, renovating old buildings is a big part of it all, but what’s happening goes far beyond a “facelift.” Business-minded residents and property owners are putting their heads together to breathe new life into old structures and creating strategies for these two city centers to benefit residents, current and future.

Randy Massey, a Blount County native and business executive, leads many of Maryville’s downtown developments. But the story he tells is about collaboration more than projects.

In 2019, Massey paused his retirement — he had been a successful developer of industrial buildings — to help jump-start downtown revitalization in Maryville. After studying downtowns around the country, he identified three essential elements.

“Successful downtowns need good restaurants — places for people to hang out,” says Massey. “They need entertainment options — something for people to do. And they need feet on the ground — people living downtown.”

Massey started investing and helped convene a group of like-minded investors committed to revitalizing downtown Maryville. Since he has developed one successful new restaurant called Bella’s, and other investors have three more restaurants set to open in 2023. An entertainment venue is also in the works by Massey, as well as two condo developments, one by him and one by another developer.

Massey also acquired the former Ruby Tuesday’s headquarters. When his plan to create a hotel wasn’t feasible, Smith & Wesson took two floors as temporary office space while their new headquarters is being built. Computer firm iXsystems has other floors and will eventually occupy the entire building, bringing 300 jobs to downtown Maryville.

One of Massey’s collaborators is Christy McDonald Slavick, chair of the Maryville Downtown Association. The MDA has conducted a strategic planning effort that includes branding and a comprehensive inventory of downtown businesses and buildings that could house new ones.

“We have gotten input from over 2,000 people about what they want their downtown to be,” says Slavick. “We now feel empowered to hit the ground running on what types of businesses, events and activities need to happen to bring the people of Blount County to the downtown.”

Housing and restaurants are a special focus. New housing is underway from Massey, who is replacing the old Daily Times building with a new condo development. Another investor group member, James Tomiczek, has one residential and two commercial-residential developments in progress downtown.

Though Massey and the investors group are behind several new eateries, Slavick points out that Maryville already has a thriving restaurant scene.

“Open Table recently sent out a newsletter about the hottest restaurants in Knoxville, and four of them were in downtown Maryville,” she says.

A New Downtown for Alcoa

The former Alcoa Inc. West Plant site is becoming Springbrook Farm, a new downtown for Alcoa. When the town was incorporated in 1919, there was no downtown because Maryville was so close. The plant closed in1989, but redevelopment efforts did not take off until a master plan for the 363-acre site was created in 2014.

“The new downtown will center on a 2-acre oval park,” says Mark Johnson, Alcoa city manager. “Outside of that will be commercial and mixed-use buildings, including restaurants with patio or sidewalk dining, and retail with office or residential space on the upper floors.”

A Fairfield Inn hotel built during the COVID pandemic has seen tremendous success, and a second hotel is planned next door. In addition, a 300-unit apartment complex called Vital at Springbrook, a new Food City and an enlarged Texas Roadhouse is nearing completion.

The area is so appealing that Company Distilling has opened a location in Alcoa, in addition to a 4,000-square-foot tasting room and restaurant in Townsend.