BBQ, ribs, chicken and burgers wash away the Memphis blues 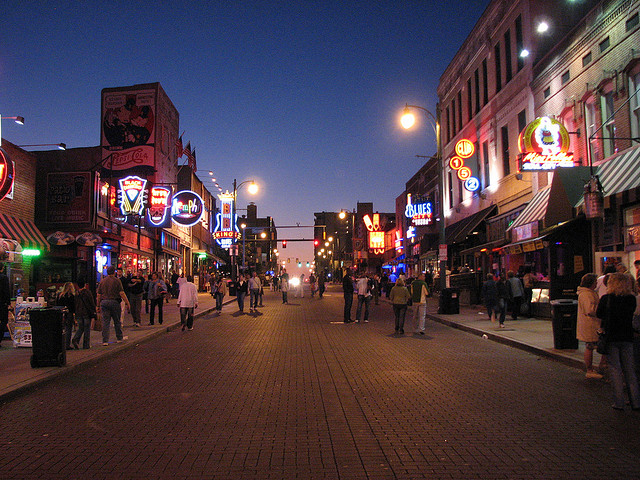 Narrowing down the best restaurants in Memphis, TN is about as easy as stopping the mighty Mississippi’s flow. The city known for Beale Street, the blues, the Pyramid and NBA’s Grizzlies abounds in favorite dishes designed to please the palates of locals and visitors. Known for its barbecue, Memphis boasts a culinary variety that sometimes surprises first-timers – from heaping omelets at Brother Juniper’s to sizzling burgers at Dyer’s on Beale to gourmet tacos at Babalu. The list is long, but for our money it’s topped by the following five favorite eateries that stand out among dozens that generate buzz in this West Tennessee river town.

Gus’s, a 60-year-old Memphis original, doesn’t apologize for its singular focus. Fried chicken is the restaurant’s only entrée, with seasonal specials like catfish sometimes popping up on the menu. The owners don’t drop hints about a closely guarded family recipe that makes the deep-fried chicken just spicy enough to provide a kick without overwhelming the taste buds. The menu is identical at Gus’s two locations in town – on the river and in suburban Collierville. Table seating is ample at both, but the original on Front Street has slightly more character. Plus, it’s a few short blocks from the phenomenal National Civil Rights Museum at the Lorraine Motel, an inspiring, must-visit Memphis destination.

Discover Why You Should Move to Memphis, TN – We’ve Got 8 Reasons

Memphis native Larry Piggott has a word of advice for newbies stepping into Central BBQ.

“You have to order the BBQ Nachos,” he says. “You’ve probably never tasted anything this good. I’m serious.”

After noshing on a full order of Central’s half pork/half chicken nachos slathered in a signature sweet-and-mild sauce, it’s impossible to dispute his point. This Memphis fixture – with downtown, midtown and east locations – is also renowned for its ribs, beef brisket, turkey, mac-and-cheese, and baked beans. Oh, and do not leave without tasting the creamy banana pudding.

Set in the quaint Germantown community in east Memphis, the Commissary, like many other Memphis eateries, exudes rustic, country character in cramped quarters while serving up ample platters of barbecue and fixins. Locals rave about main courses such as shrimp with deviled eggs, BBQ sandwiches, burger platters and tamales. But more than one resident also fesses up to stopping by primarily for a slice of Commissary pie, from chocolate to coconut cream to lemon ice-box.

On a recent visit to Huey’s, a large table of German high school exchange students was abuzz with boisterous native-tongue chatter. Then, their world-famous Huey burgers arrived, surrounded by piles of French fries, sweet-potato fries and onion rings. After that, silent chomping ensued.

“We cannot find burgers like this in Germany,” one student said later. “They are fantastic.”

We think it’s hard to find burgers this good in America, too. Huey’s also earns kudos for its grilled tuna, Thai chicken salad and other lighter options.

The Rendezvous remains Memphis’ best-known, most emblematic restaurant, touted worldwide for its slabs of pork ribs and the proprietary seasoning and sauce that make them sing. Whether choosing dry-rub or wet ribs, this Rendezvous specialty induces oohs, ahs and requests for extra napkins. Even so, second billing doesn’t make the restaurant’s other entrée options (which include pork-shoulder sandwiches, charcoal-broiled chicken breast and lamb riblets) any less appealing.