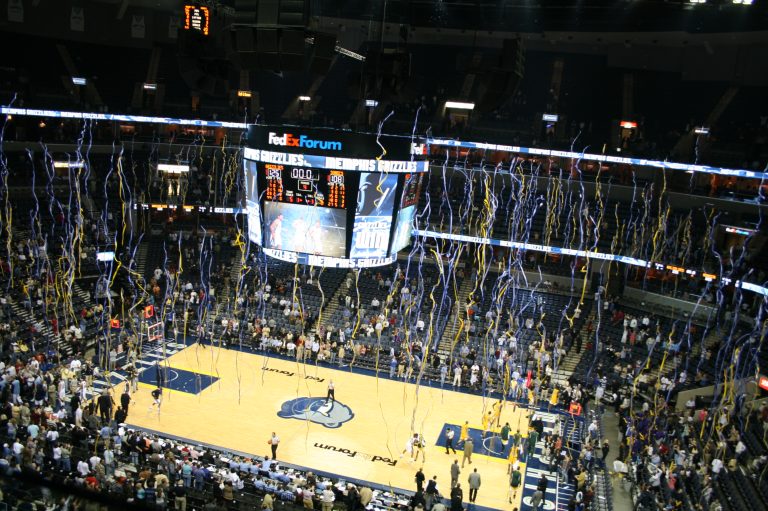 Memphis buzzes with the particular excitement that comes from attending a college football game in the South. The thing is, that enthusiasm for sports extends well beyond college football. From the NBA’s Memphis Grizzlies to the Triple-A baseball Memphis Redbirds to professional golf and hockey – and, of course, college athletics at the University of Memphis – the city supports its sports with a passion that transforms mere games into special events.

Why Memphis, TN has an Entertainment Scene that Rocks

Jason Wexler, President of Business Operations for the Grizzlies, has seen this transformation on numerous occasions. The Grizzlies play in the FedEx Forum, located just off Beale Street. And when they have a big home game, Wexler says downtown turns into the equivalent of a college campus tailgate.

“You have this fantastic atmosphere of everybody walking up and down Main Street and Beale Street. The cafes and bars and restaurants are full. There’s just this palpable excitement,” Wexler says. “People make a day of it, but instead of tailgating they go to Beale Street. It’s a great environment. People are supporting the team and supporting the city and having a great time.”

10 Things Everyone Should Do in Memphis at Least Once

The Redbirds create a smaller version of that scene at nearby Auto Zone Park, an $80 million jewel that was named 2009 Minor League Ballpark of the Year by Baseball America. The city also boasts one of the country’s best-known historic sports facilities in Liberty Bowl Memorial Stadium, which opened in 1965 and underwent a major renovation in 2011.

The stadium is home to the Memphis Tigers football team and hosts the annual Auto Zone Liberty Bowl, the seventh-oldest bowl game in the country, and the Southern Heritage Classic college football game, part of a weekend-long cultural celebration. Add in the FedEx St. Jude Classic professional golf tournament (which has been held annually since 1958), the minor-league hockey Mississippi RiverKings (who play in the suburb of Southaven, Miss), along with a host of amateur and youth activities, and there is never an off-season for sports in Memphis