To become the No. 1 region for advanced industry job growth, Nashville has attracted top companies drawn to the area's assets. 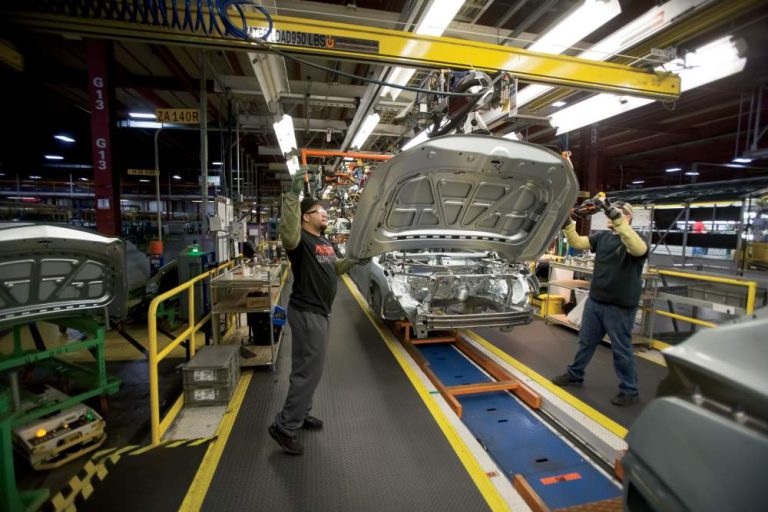 The Nashville area has crafted a reputation as a center for manufacturing, with some of the world’s most recognized companies locating or expanding in the region. In fact, Nashville’s growing advanced manufacturing sector is a key reason that Tennessee ranks No. 1 among U.S. states for advanced industry job growth since 2013, according to a new Brookings Institution report.

Currently, the industry supports 82,000 jobs, more than 13,000 of which have been created since 2010. The robust advanced manufacturing sector leverages the region’s highly skilled workforce, technical resources, location and logistics, and low cost of doing business. Globally known manufacturers, including Nissan, General Motors, Bridgestone Americas and A.O. Smith, have operations in the region. Much of the growth has been spurred by the region’s prowess in auto production. In fact, two original equipment manufacturers have operations in the region, which has helped drive investment from Tier I and Tier II suppliers.

Recent advanced manufacturing successes include Chinese tile manufacturer Wonderful Group in Lebanon in Wilson County, American Standard in Nashville, Tenneco in Spring Hill and specialty steel maker Steel Technologies in Rutherford County. Wilson County is adding a 786,000-square-foot building near State Route 840 for light manufacturing, assembly and distribution that an as yet unnamed tenant plans to use as a parts redistribution center.

G.C. Hixson, executive director of the Wilson County Joint Economic & Community Development Board, says existing industries made significant progress, as the former Toshiba plant was turned into the Lebanon Industrial Park and housed Novamet and Drive Time with more space available to add additional industries. Hixson said Wilson County has experienced a 20 percent increase in the number of proposals from industries.

A short freeway hop from downtown Nashville, Sumner County has easy access to three major Interstate highways, which means many metro areas in the eastern and mid-western U.S. are within a day’s drive, according to Jimmy Johnston, president and CEO of Forward Sumner. Recently Sumner County has attracted Aladdin, Temprite, Macy’s and Beretta to locations on the “north shore” of Nashville, on Hickory Lake.

Maury County, which ranks 86th nationwide in the list of fastest-growing counties in the country, has four industrial parks including the Select Tennessee Certified Site, Cherry Glen Industrial Park.

“The certified sites can shave weeks or months off a project and are seen as positive that differentiates us from other communities,” said Wil Evans, president of the Maury County Chamber & Economic Alliance.

While Maury County, 30 miles south of Nashville, has attracted automotive investment including the GM plant in Spring Hill and a number of suppliers, the county is looking to court other industry sectors, including metals and ceramics. GM has announced it will double its workforce of 1,800 at its Spring Hill plant to support the 2017 Cadillac SRX and Acadia.

Other recent investment announcements include Tenneco, a GM supplier that will open a new facility in Spring Hill and create up to 200 new jobs during the next three years. The new Clean Air manufacturing plant will support programs for General Motors. The 117,000-square foot facility, located near GM’s Spring Hill assembly plant, is scheduled to begin production in late 2016. It will be Tenneco’s second facility in Tennessee, joining the company’s Clean Air plant in Smithville, which employs 650 people.

Nashville and the surrounding counties take a united approach to economic development that has raised the region’s profile nationwide.

“A lot of the larger regions we are competing with have been strong, and for quite some time, but Nashville and the region has been emerging in the last 3-5 years and really caught a lot of people’s attention,” Evans said. “There’s still an opportunity to be a part of that growth.”