The Nashville area continues to draw new investments and create jobs for residents. 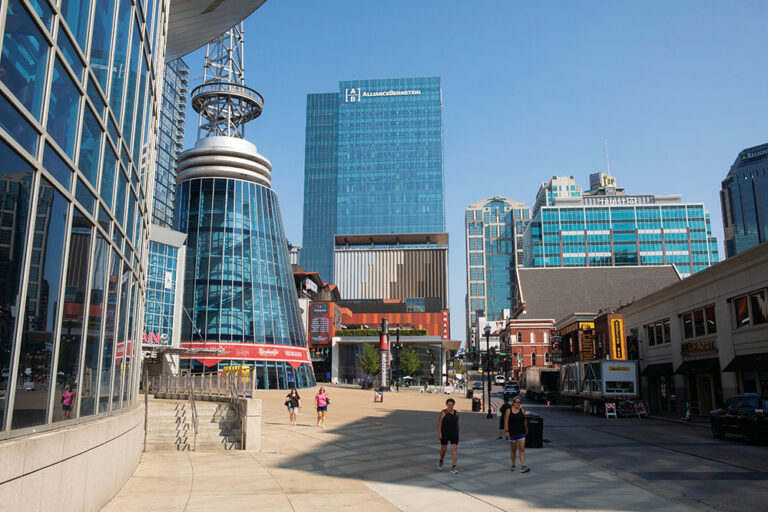 The cars with out-of-state license plates you see on Nashville’s streets and in the driveways of just-sold houses and condos might belong to tourists, but many belong to owners who recently moved with their employer from another state.

Global asset management firm AllianceBernstein is settling into its new headquarters in Fifth + Broadway, the development on the site of Nashville’s old convention center. Located next door to the Ryman Auditorium, Fifth + Broadway includes The Place, a 34-story apartment tower, 372,000 square feet of Class-A office space and 200,000 square feet of dining, entertainment and retail space. In addition, it is home to the National Museum of African American Music.

Toast chose Antioch as the location of its new configuration center in Tennessee. Toast plans to create more than 100 new jobs in the Nashville area over the next five years. The operation will support the company’s fulfillment, shipping, inventory management and national distribution of hardware.

Toast is a cloud-based, end-to-end technology platform that serves the restaurant industry as an operating system, connecting the front-of-house and back-of-house operations across dine-in, takeout and delivery channels. In the first quarter of 2022, about 62,000 restaurant locations used Toast’s digital platform.

“Currax is excited to join the growing health care and pharmaceutical community in Tennessee.”

The company announced its Brentwood headquarters would initially have about 35 employees and add 20 positions.

“Currax is excited to join the growing health care and pharmaceutical community in Tennessee and looks forward to taking a leading role in the continued development of the sector within the region,” says President and CEO George Hampton.