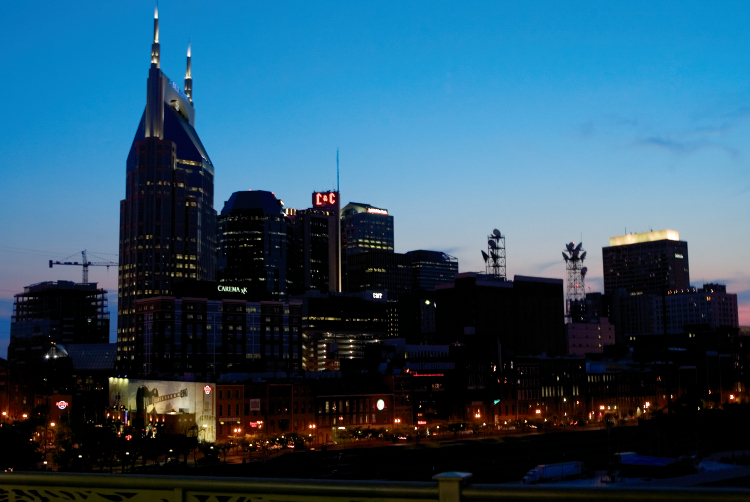 Nashville’s hot job market continues to attract new residents that come to work for some of the nations most innovative and successful companies. The Nashville area has a labor force of more than 890,000 people. Here’s a look at the top private employers in the Nashville area:

More than 23,000 employees work for Vanderbilt University and its Medical Center, with about 75 percent employed at the Medical Center. The university has an enrollment of 12,000 students, while the on-campus Medical Center features the only Level I trauma center in Middle Tennessee.

Headquartered in Franklin at a 10-floor, 460,000-square-foot building, Nissan North America transferred its U.S. operations from California to Tennessee in 2005. Today, there are about 1,500 employees in Franklin who support more than 8,000 Nissan workers at the company’s nearby Smyrna assembly plant.

Nashville-based Hospital Corporation of America is the largest for-profit health care provider in the world. HCA manages 165 hospitals and 115 surgery centers in 20 states and England, with an overall workforce of 204,000. Five percent of all inpatient care in America occurs at an HCA facility.

The Nashville branch of Randstad Staffing features experts in work opportunities available in the Nashville region, and their goal is to fill open job positions with the right temporary or permanent candidates. Company officials say that making great matches has made Randstad the world leader in staffing.

The privately held restaurant chain owns 220 Shoney’s in 17 states primarily in the Southeast, Midwest and Mid-Atlantic region. The franchise is named for Alex Schoenbaum, owner of the original chain of Big Boy restaurants in the Southeast. Shoney’s restaurants are known for all-you-can-eat breakfast and dinner buffets.

Headquartered in Springfield, Electrolux was actually founded in Sweden and remains a multinational manufacturer of appliances that include refrigerators and vacuum cleaners. Electrolux annually ranks No. 2 globally in appliance units sold (after Whirlpool), and name brands manufactured by Electrolux include Eureka, Frigidaire, Kelvinator, Philco and Tappan.

The Kroger Nashville division features 55 supermarkets in Middle Tennessee, employing more than 10,000 people. By revenue, Kroger is now the largest supermarket chain in America and the second-largest general retailer, behind Walmart. In recent years, the company’s portfolio has expanded into superstores, department stores and mall jewelry stores.

Based in Franklin, Community Health Systems manages a network of 205 hospitals in 29 states that employ 135,000 medical staffers and 22,000 physicians. CHS was founded 30 years ago, and several dozen individual community hospitals and small health care systems have joined the organization during the past decade.

Cracker Barrel is a Lebanon-based chain of restaurant and gift stores that feature a Southern country theme. The company was founded in 1969 with a menu based on Southern cuisine, and its décor resembles old-fashioned general stores. There are 640 Cracker Barrel restaurants operating in 42 states.