Nashville isn't just a great place to spot famous musicians, you can also dine at their fabulous restaurants. 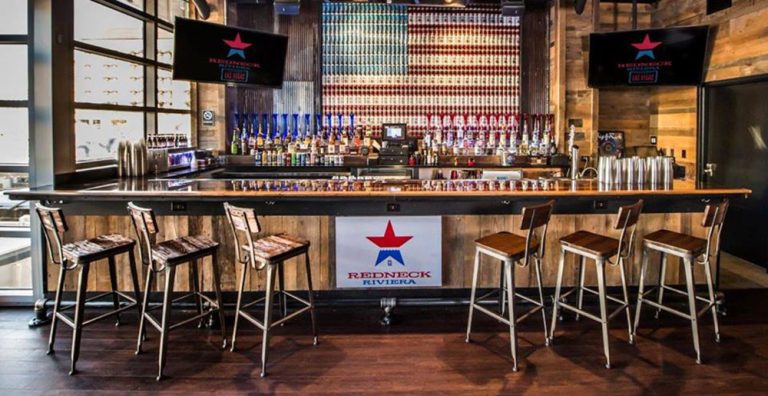 Nashville is known as “Music City U.S.A.” and for obvious reasons: it’s the country music capital of the world; guitar maker Gibson is headquartered there; it’s where many major record labels record and produce music; and there is live music following you pretty much anywhere you go.

Nashville also has a reputation as a foodie city, so it’s only logical then that the two end up going hand-in-hand. In fact, many musicians own restaurants in Nashville, allowing you to combine great food with our other favorite Nashville pastime: celebrity spotting. Here are some of our favorites.

Owned by singer-songwriter brothers Gavin and Joey DeGraw, Nashville Underground is home to the highest, largest and only double deck rooftop on Broadway. The 40,000-square foot live music venue, restaurant and bar is located in the heart of downtown and has four different floors, bars and a multi-level rooftop. Encompassing three stages, a DJ booth, and over 2,000-square feet of green roof, live music is featured seven days a week.

With locations in East Nashville and Germantown, Barista Parlor takes coffeehouses to a whole new level. Besides their painstakingly crafted coffee drinks, they serve a variety of baked goods, including the massively popular Five Daughters Bakery doughnuts, as well as “Bitesâ€ (small plates) of sumptuous Southern-style food.

Alan Jackson keeps busy. Not only is he the owner of AJ’s Good Time Bar, he is a partner at the uber-popular Acme Feed & Seed. Acme is a bit famous for having huge lines – and for good reason. The rooftop patio offers stunning views of the downtown Nashville and the Cumberland River, there’s live music, and the food is far from your standard bar fare. AJ’s Good Time, on the other hand, is a classic Honky Tonk on lower Broadway. This historical venue was once a civil war hospital and Nashville’s first used record store. Now, the bar is just steps away from the famed Ryman Auditorium and features three floors and a roof top bar with unbelievable views of the city.

If you love Kings of Leon, then there’s a good chance you’re going to love frontman Caleb Followill’s Music City eatery, Adele’s. It’s a local favorite (including amongst our editorial team) largely due to the atmosphere, the affordability, and the food, which is prepared by New York chef Jonathan Waxman. While many of the restaurants on this list are geared more towards tourists or people looking for bar food, Adele’s is the perfect stop for the foodie in your life.

Florida Georgia Line’s first restaurant and entertainment venue is located in the heart of Music City’s downtown honky-tonk district. Featuring four levels, including a killer rooftop retreat, the restaurant and bar serves up local craft beers, delicious mixed cocktails and Southern style cuisine with a California flair. FGL House also has the largest rooftop Nashville has to offer that is dedicated to giving the best views of the city day and night.

Dierks Bentley managed to create a successful restaurant franchise in his home state of Arizona, but was especially excited to open a location where he got his start in country music  – Broadway in Nashville. “Lower Broadway is home of the bars where I cut my teeth night after night, usually running up a beer tab bigger than the tips I made covered,” he told the Toronto Sun. “It’s pretty full-circle to think that we’re getting the chance to open one of my bars, backing right up to the Ryman Auditorium, where other artists will look back on as the place they got their start, too.” Whiskey Row features live music, a bar, and a restaurant.

Announced last spring, John Rich (of Big & Rich) is opening a restaurant called Redneck Riviera on Broadway very soon. Featuring a bar and a restaurant, Rich described it as “the more rural, rowdy version of Margaritaville,” adding that “it’s going to have fun, wild cool elements about it but it’s also a bar you can take your kids to.” The bar is expected to open in Spring 2018.