Heirloom Tomatoes and farm-fresh eggs are just some of the things you'll find. 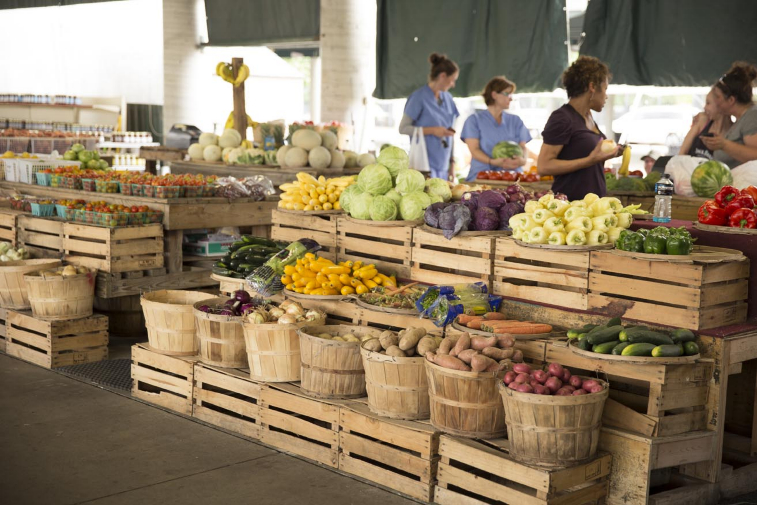 Families looking for farm fresh produce, artisan baked goods and even antiques flock to theNashville Farmers’ Market. This stable of the Nashville food scene is a great place to find everything from just-off-the-vine heirloom tomatoes, free-range eggs, fruit tree and bedding plants to a delicious hot lunch or a growler of craft beer.

This one-of-a-kind bazaar located on Eighth Avenue North is open every day except Christmas, Thanksgiving and New Year’s. A downtown Nashville tradition for two centuries, the market moved to its current site in the mid-1950s and was renovated in 1995 as part of the Bicentennial Capitol Mall State Park development.

During 2007 and 2008, a new round of renovations resulted in vast improvements to the 35,000-square-foot Market House, where restaurants and specialty retailers locate. The Shreeji International Market, with everything from bulk spices to Asian teas, complements restaurants specializing in Mexican, Cajun, Caribbean, Chinese, Greek and Middle Eastern fare.

Enjoy lunch at a variety of restaurants, from Mexican to Indian and Greek. For those with Southern tastes, a barbecue restaurant rounds out the roster.

Of course, the customary attraction for any farmers’ market is fresh produce, sold by the folks who grow it. That’s what happens under the Nashville market’s open-air sheds. Other purveyors sell plants and trees, fresh-cut flowers and specialty items such as jams and baked goods.
Find out more about Nashville, TN cuisine.