Sound On: Explore the Nashville Sound 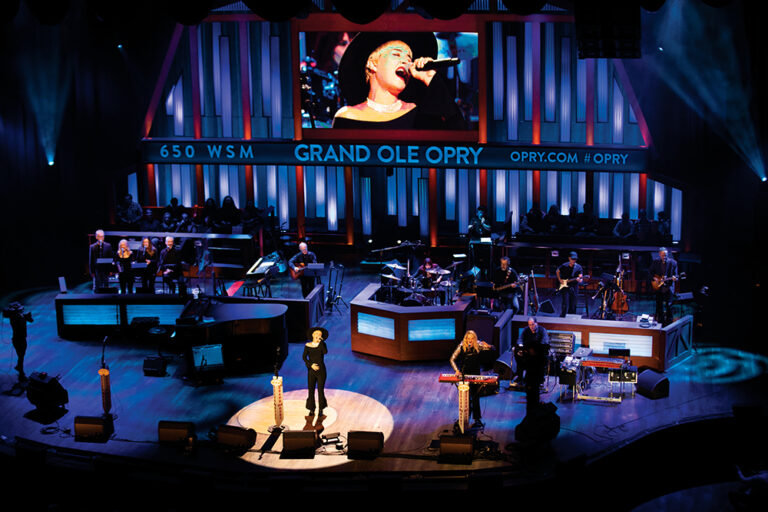 Nashville is a one-of-a-kind place — music radiates from every facet of it — earning it its nickname, Music City.

While country music may have put Nashville on the map, thanks to places like the Grand Ole Opry, Ryman Auditorium, RCA Studio B and the Country Music Hall of Fame and Museum, it is just one genre that helps create the “Nashville sound.”

Bluegrass, rock, blues and indie all have a home here. Nashville is where you’ll find places like the National Museum of African American Music and events like the Full Moon Pickin’ Party, a gathering of bluegrass musicians who meet up to play in the moonlight.

A trip to Nashville isn’t complete without experiencing Lower Broadway, where several honkytonks are centrally located, earning the street the nickname “Honky Tonk Highway.” These bars are full of live music, cold drinks and boisterous crowds. Several top country music stars, like Miranda Lambert and Dierks Bentley, have their own eponymous bars, while places like Tootsie’s Orchid Lounge have been drawing crowds for decades.

Started in the 1990s, Robert’s Western World is one of America’s long-standing and best-known original honky-tonks. In 1999, it was sold to JesseLee Jones, the Brazilian-American behind Robert’s house band, Brazilbilly, whose music is a fusion of Latin beats and country — proof that there’s much more to the Nashville sound than meets the eye. Pro tip: Bypass the lines at the front door and use the Ryman Alley back entrance, and you’ll get that fried bologna sandwich and PBR much quicker.

Just blocks away, the historic Ryman Auditorium was once the stage of the Grand Ole Opry, the place where country stars past and present have performed. The Ryman has hosted musical performances since the 1890s, and it was the home of the Opry from 1943 to 1974. Legendary performers like Elvis Presley, Johnny Cash and Patsy Cline were part of the radio show’s cast.

Now in a separate venue called Opryland, the Grand Ole Opry is still the place to see superstars and rising talent, featuring several performers in one show.

The Opry’s first Black singer, Charlie Pride, first took the stage in 1967 and played many concerts there over the years. His impact on the music industry — along with other Black musicians past and present — is honored at the National Museum of African American Music. This is the place in Nashville where it all comes full circle, dedicated to chronicling African Americans’ influence on American music. Using interactive exhibits in their Rivers of Rhythm corridor, they tell their story from the voices of past Southern spirituals and blues to today’s contemporary hip-hop.

Nashville’s sound comes from a blend of many stories and cultures, and there are many ways to dive into the area’s diverse music scene. While the Ryman and the Opry are great places to see big names, there are other places to catch various shows in a classic Middle Tennessee setting.

FirstBank Amphitheater in Thompson’s Station is a unique venue for a crowd. In 2021, after a massive environmental cleanup, the venue opened, with a reclaimed stone quarry as its backdrop and featuring artists like Earth, Wind & Fire.

In nearby Columbia, The Mulehouse is a distinctive venue in a restored historic church that offers listeners an intimate experience with top talent.

“We built ourselves around livestreaming, which was a prudent move on our part because of the pandemic and its effect on live music,” says Blair Garner, who developed the venue. “But my fundamental belief is that disruption always brings opportunity. We wanted to make the first livestream venue that would allow these artists to put on concerts but at a much more elevated production level.”

The Mulehouse is one of two venues in the U.S. that’s a top-to-bottom all 4K broadcast/livestream space.

The Listening Room Cafe offers an up close and personal experience with some of Nashville’s best singers and songwriters. Then, take it one step further and sit in on a live studio recording session at Imagine Recordings, where you can watch and listen as hits are recorded.