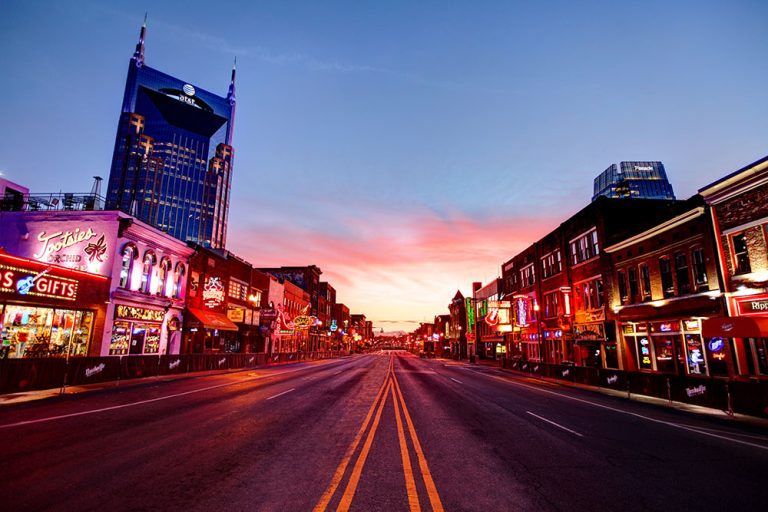 However, you got here or are getting here, congratulations, and welcome! Living in Nashville means easy access to great food, amazing outdoor adventures and a never-ending list of music and entertainment options. Honestly, there’s so much to do here it can be tricky to decide what to do first.

Luckily, we’re here to help y’all narrow it down a bit with a well-rounded bucket list for newcomers. If you can check off these 10 Nashville activities in your first year (or three), we guarantee you’ll be feeling like a local in no time.

1. Cheer on Our Teams

Watch Tennessee’s Major League Soccer team, the Nashville Soccer Club, take the field at GEODIS Park in Nashville. Known to the locals as Nashville SC, the team played their inaugural season in 2020 and was immediately embraced by the city. Looking for more pro sports? Nissan Stadium hosts Tennessee Titans football games, and at the nearby Bridgestone Arena, the Nashville Predators play in the National Hockey League.

Outdoor Interests: It’s Easy to Get Out and About in Nashville

You don’t have to go far to get away from it all in the Nashville Region.

History buffs, you have a lot to do and see. Visit Carnton in Franklin, where the Battle of Franklin took place in 1864, and tour the home that served as a Civil War hospital following the battle.

Rock Castle, located about 25 minutes from downtown Nashville in Hendersonville, is also worth a visit – it’s the oldest house in Middle Tennessee. Finally, be sure to check out Andrew Jackson’s Hermitage, situated 10 miles east of downtown Nashville.

3. Take in the Attractions

Just 6 miles from downtown Nashville is the 188-acre Nashville Zoo, the ninth-largest zoo in the U.S. by landmass as well as home to nearly 3,000 animals representing 350-plus different species.

Another must-visit attraction is the Parthenon, a fullscale replica of the original temple in Athens, Greece. The stunning structure is located at Centennial Park, just west of downtown Nashville. Be sure to venture inside, where you’ll find a dazzling 42-foot statue of the Greek goddess Athena and an art museum featuring permanent and temporary exhibits.

Don’t miss the Tennessee State Fair in Wilson County in the summertime. This annual event is the state’s largest fair and includes statewide livestock competitions along with bluegrass, clogging and square-dancing competitions, plus pageants, live music, an antique car show, a dog show and much more.

6 Fun Festivals You Must Visit in the Greater Nashville Area

There is always something going on in the Nashville area and these festivals are sure to be fun for the whole family.

Distillery guests can embark on a variety of tours for a behind-the-scenes peek at how the spirits are made (and an opportunity to sample them). Hungry? Try the Taste of Lynchburg tour that includes a distillery tour, whiskey tasting and a meal at Miss Mary Bobo’s Restaurant, a down-home dining spot with a rich history.

You can’t live in Nashville — aka Music City — and not explore the live music scene. Downtown Nashville is well-known for its honky-tonks, including popular spots like Tootsie’s Orchid Lounge, Robert’s Western World and Honky Tonk Central, and it also lays claim to larger venues such as Ryman Auditorium, Bridgestone Arena and Ascend Amphitheater.

Downtown Franklin also hosts special events throughout the year, including the summertime Main Street Festival, October’s Pumpkinfest and Dickens of a Christmas.

Bring the kids to the Discovery Center at Murfree Spring, which features educational exhibits as well as 20 acres of urban wetlands.

Another favorite spot is Nashville’s Adventure Science Center, which includes interactive science exhibits and a planetarium complete with a 63-foot dome theater.

Stronger Together: How Nashville Organizations Work Together

9. Head to the Races

You’re not a Nashvillian until you’ve tried Nashville hot chicken. You can find it at several restaurants, but the city’s most famous (and authentic) spots include Hattie B’s, Bolton’s and Prince’s. Even if you like spicy foods, consider ordering your chicken at a medium heat level — at least to start. 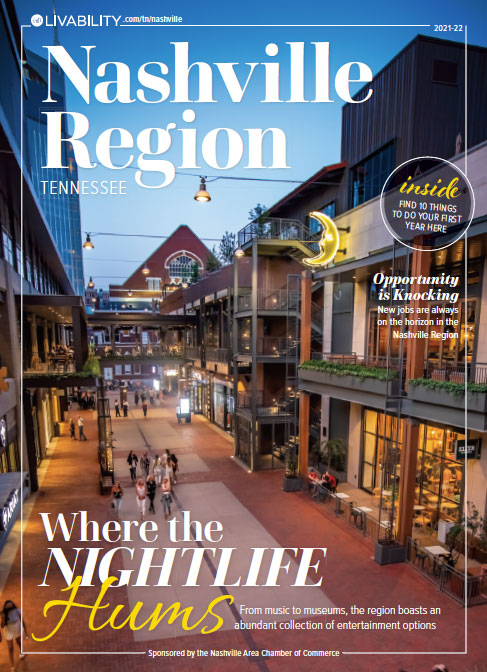