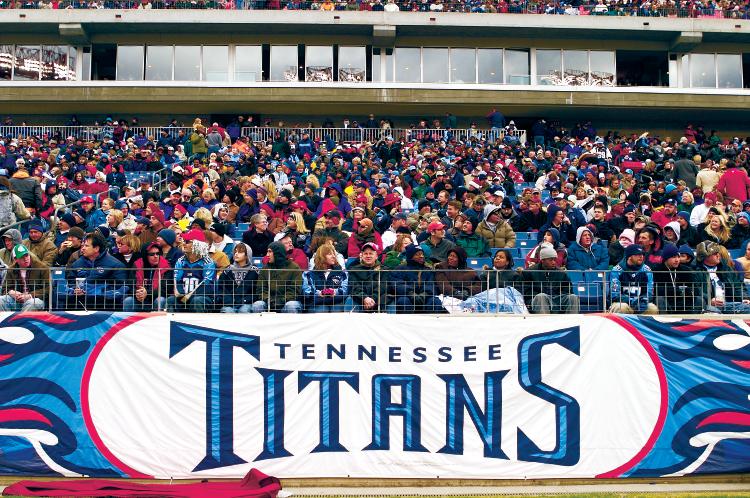 The Tennessee Titans franchise began playing professional football back in 1960 – when they were the Houston Oilers and a member of the American Football League.

The Oilers won the first two AFL championships before joining the National Football League as part of the AFL-NFL merger, and the team eventually relocated from Houston to the state of Tennessee in 1997. It first played temporarily in Memphis for one season before moving to Nashville, and in 1997 and 1998 the team was known as the Tennessee Oilers before changing its name to Titans in 1999.

Today, the team plays its home games at LP Field, and the Titans’ training facility is at Baptist Sports Park. The sports park is a 31-acre site at the MetroCenter complex, just north of downtown Nashville.

The Titans played in Super Bowl XXIV on Jan, 30, 2000 in the Georgia Dome in Atlanta and were defeated by the St. Louis Rams, 23-16. The Titans franchise has retired six numbers, all worn by men who primarily played for Houston: No. 1 Warren Moon, No. 34 Earl Campbell, No. 43 Jim Norton, No. 63 Mike Munchak, No. 65 Elvin Bethea and No. 74 Bruce Matthews.