All Are Welcome in Nashville

Nashville Region cements its status as a place where immigrants and refugees can thrive. 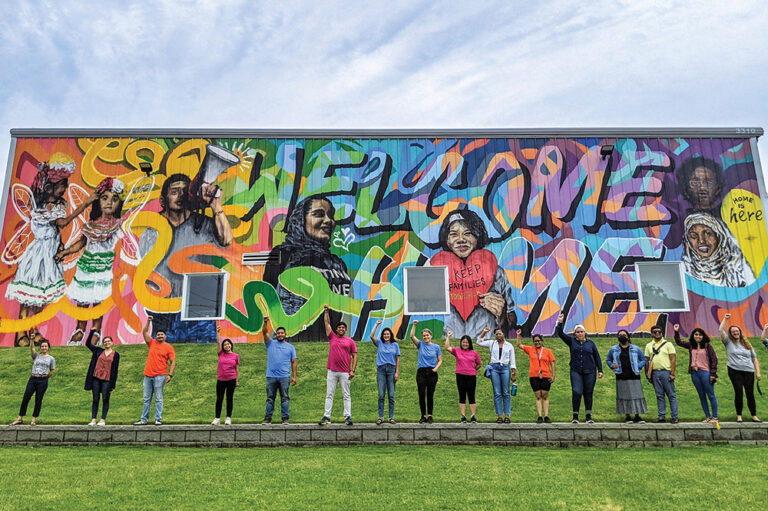 Nashville is an international community that has cemented its status as a center for innovation and creativity.

The region’s efforts to attract and retain a diverse population are driven by a roster of organizations connecting immigrants and refugees to community programs and services.

Catholic Charities in the Diocese of Nashville offers a number of programs to help immigrant and refugee populations.

One example is its Refugee Resettlement Program, which provides core resettlement services to newly arrived refugee individuals and families.

Additionally, the Nashville International Center for Empowerment (NICE) helps acclimate refugees to the Nashville community by offering services such as English language and citizenship classes, child care and job placement. The organization was started by a group of Sudanese refugees, including NICE President and CEO Gatluak Ter Thach.

“I came to Nashville because there were Sudanese in Nashville, and they told me that, ‘If you come here to be with us, you will have a job, even though you do not speak English, you will be able to make a good living,’ because the cost of living was not that bad at the time, ‘and you will be welcomed here by the people,'” Thach says.

After relocating his wife from Sudan to Nashville, he began teaching his wife and a few other Sudanese women English in his living room. Soon, the group outgrew the space, and he needed to find a building large enough to house the classes and provide child care.

“We couldn’t have the classes and take care of them and the children,” he says. “I had to figure out a way to do that. That’s what made me reach out to the community to collect some financial means to rent a place.”

He says when he reached out to the community, he was pleased to find neighbors eager and willing to help.

“The beauty of being in Nashville was that when I decided to reach out to the community and to the colleges and universities and to faith-based groups and knocked on some doors, I saw a number of people coming to give whatever they had,” he says. “Some volunteered their time to come and teach or to provide transportation. Some watched the children when they were at the center. Some helped with immigration services and career development. We started out addressing the needs of very few women, mainly from Sudan and the surrounding countries, but before we knew it, we were serving refugees and immigrants from all over.”

Sherman Luna was born in Nashville but raised in her mother’s native Guatemala. Her family moved permanently to the U.S. in 2001 when she was 17. The family left their home in Guatemala after experiencing a number of violent incidents, including the kidnapping of her younger sister.

“Moving to Nashville from Guatemala my senior year of high school was incredibly difficult. I experienced culture shock and didn’t feel at home,” Sherman Luna says. “I left Nashville after graduating high school — living in Texas, London, Senegal and New York City. My husband and I moved to Nashville in 2015 to be close to our families, and I came to work at the TIRRC because of my experience working in social justice issues. I’m so proud to lead an organization that works to create communities where everyone can belong.”

“I’m so proud to lead an organization that works to create communities where everyone can belong.”

She says she was inspired to do this work because she wants newcomers to experience as few barriers as possible to the outstanding quality of life Nashville offers.

“As dual citizens who speak English, my family had a lot of privileges and resources available to us. Unfortunately, for a lot of immigrants, especially those who are undocumented, there are few resources or infrastructure to support their well-being,” she says. “As Nashville continues to diversify, it’s incredibly important that we are building the infrastructure to support the participation of everyone in our city, regardless of immigration status.”