Skip to content
Home > TN > Nashville > Love Where You Live > I Believe in Nashville and You Should, Too

I Believe in Nashville and You Should, Too 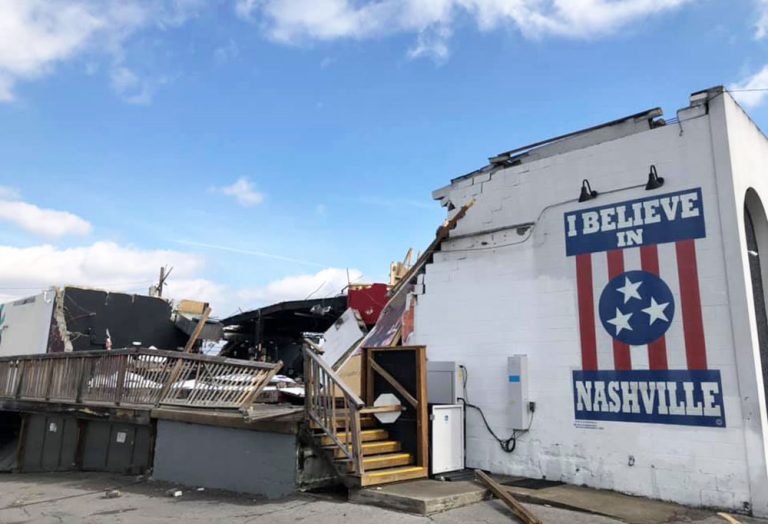 On Monday night, a tornado tore its way through the city of Nashville, ripping roofs off of homes, destroying buildings, and flinging trees and powerlines across city streets. People lost their homes, businesses and workplaces. Two people in East Nashville were killed. Many parts of the city are now unrecognizable; beloved places reduced to piles of bricks and broken glass.

But what isn’t gone is the indomitable spirit of Nashvillians.

I was born and raised in Nashville and have seen this city grow and expand like you wouldn’t believe over the past few years. We are known for our honky tonks, an affinity for bachelorette parties and our sports teams.

But what doesn’t get recognized on the national stage as much is our spirit.

When the Basement East was hit by the tornado and the roof collapsed, the only thing left was a wall with a mural that says “I Believe in Nashville.”

Nashvillians show up for one another. They rally around each other. They volunteer their time and money. This goes for lifelong residents and people who just moved here — if you live in Nashville, you were drawn here for a reason. You have felt this city’s generous, effusive spirit and you want to be part of it.

At Livability, we highlight what makes cities across the country unique and special. Our motto is “Find the good and praise it.” It’s not difficult to find the good in Nashville, because we wear it on our sleeve. This city runs on goodness.

In the wake of this tragedy, we are seeing the good everywhere. The restaurants handing out free meals to those in affected areas. The hockey team hosting a pizza party for the entire city at the arena downtown. The handyman posting on Facebook that he will help anyone who needs it get their home in habitable shape while they wait for their insurance claims to go through. The outpouring of gratitude, help and support for the first responders who dedicate their time and energy to keeping everyone safe.

I feel immensely lucky to be a member of a community that takes care of each other.

After a major flood engulfed Nashville in water in 2010, the city rebuilt and the community is closer because of it. The same will happen in the weeks and months to come. Nashville isn’t just our home. It’s a magical city where strangers will give you the food off their plate and the shirt off their back.

Want proof? Look around. You’ll see the heart of this city in action.

And you’ll see why I believe in Nashville.