Or, how you get the most bang for your Tennessee buck 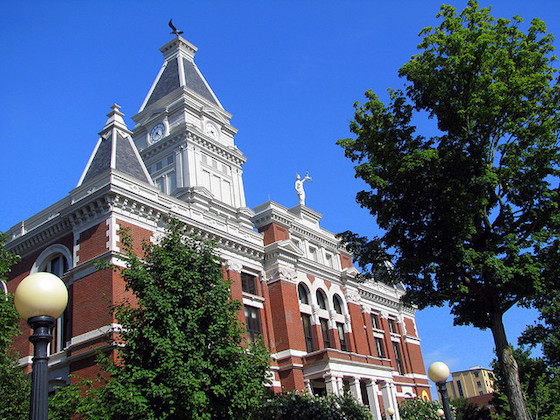 So when we selected the cities to appear on this list, we factored in more than where to get the cheapest mortgages. We included living costs, average annual income, attractions, quality of life and much more. All of which helped us determine the five best, low-cost Tennessee cities that you’d love to live in.

Here’s the 5 Most Affordable Cities in Tennessee:

As many people began escaping the high prices of Nashville, Murfreesboro emerged as an excellent location known for good schools, a plethora of job opportunities and a low cost of living. The median household income is about $50,000, while the median home value is $176, 500. But you won’t have to sacrifice fun or entertainment with a move to the outskirts of Nashville. You’ll be able to try out some of Murfreesboro’s rave-worthy restaurants, like The Bunganut Pig Pub And Eatery, attend a performance by the Murfreesboro Symphony Orchestra, or venture through the Stones River National Battlefield.

U.S. News and World Report named Smyrna one of the top 10 cities in which to retire, and for good reason. This city has a small-town feel with a very low cost of living, as well as the third-lowest property taxes in the state. On top of this, it’s only 30 minutes away from downtown Nashville, which means you’ll have easy access to all of its great amenities. A city that’s constantly growing, Smyrna is attracting more quality employers, including Nissan. And if you are looking to further your career with higher education, the city is home to Motlow State Community College.

Housing costs like rent and mortgage can eat away at your bottom line. But if you live in Johnson City, you’ll enjoy housing costs that are less than the national average. The median monthly mortgage is only $1,167 while the median rent is $652. But what’s even more impressive is that about 71.3% of owners and 45.6% of renters pay less than 30% of their income toward housing expenses. You can put all the money you’ll be saving in housing costs toward trying out some of Johnson City’s attractions and restaurants, such as the Johnson City Brewing Company and the Hands On! Regional Museum. Johnson City also earned a spot on the 2018 Top 100 Best Places to Live list.

Your dream of owning a home might not be possible in most cities, with the average new home costing about $350,000. But in Clarksville, the median home price is $135,600. And with a median household income at about $50,000, you’ll be well on your way to homeownership. These low prices are surprising considering that Clarksville is the fifth-largest city in the state, with a population of about 137,000. And a city that size means education and employment opportunities, a major one being Austin Peay State University.

A Livability favorite, Chattanooga has landed on several lists, including The 100 Best Places to Live and Top 10 Downtowns. It’s widely regarded as having a very high quality of life. But what folks may not know is how affordable the city is. Reasonably priced shopping and dining options will make your income go further (the median household income is $38,000). Not to mention all the cost-effective entertainment options waiting outside your doorstep, like visiting Ruby Falls or Lookout Mountain, as well as these waterfront activities.