Skip to content
Home > Education, Careers & Opportunity > Love French Fries? You May Never Eat One Again Without Thinking of This Idaho Businessman

Love French Fries? You May Never Eat One Again Without Thinking of This Idaho Businessman

J.R. Simplot brought French fries to the masses - and his company continues to impact his Idaho hometown. 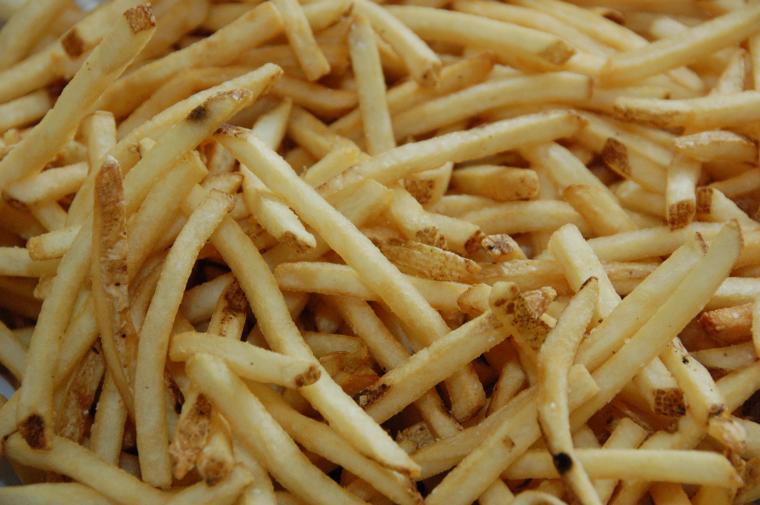 Fans of crispy, golden French fries should know they have a resourceful Idaho businessman to thank when indulging in this starchy goodness. While J.R. "Jack" Simplot didn't invent the potato preparation, he revolutionized the food industry in developing the frozen fries most enjoy today.

After quitting school at age 14 and starting his own potato business in 1923, Simplot was committed to building a successful company and helping his home state of Idaho at the same time. By the early 1940s, the J.R. Simplot Company had become the largest shipper of fresh potatoes in the country and became one of the leading providers of food to American soldiers during World War II, selling loads of dehydrated potatoes and onions to the military. But the achievement for which Simplot is most remembered is for his development of the frozen French fry.

After World War II, as post-war American boomed with new technologies, and every new refrigerator included a freezer compartment, Simplot began experimenting with new products to fill those freezers. He had already developed a reputation for innovation by learning how to dehydrate vegetables for the military and also how to make his own fertilizer to overcome wartime shortages. After investing in frozen food technology and engineers to develop the right techniques, Simplot started selling the first commercially viable frozen French fries in 1953.

However, Simplot's frozen fries tasted best when reheated in hot oil, which made them less appealing to home cooks, but just perfect for the fast-food restaurants popping up across the country. In 1965, Simplot met with Ray Kroc, the owner of the McDonald's franchise, and offered to build a new factory just for manufacturing McDonald's fries. Kroc was interested in switching to frozen fries in his restaurants to ensure consistency. The two men sealed the deal with a handshake, and the Simplot company has been providing frozen fries to McDonald's ever since.

As McDonald's added restaurants and Simplot began selling its frozen fries to other chain customers, the company became instrumental in making French fries a favorite American food. According to Eric Schlosser, author of Fast Food Nation, French fries are the most widely sold foodservice item in the U.S.

In addition to making hot, tasty French fries easily accessible to people around the world, the Simplot company has long worked to make a positive impact in Boise, Pocatello and other Idaho communities where it operates. Since 2008, the company has produced four Progressive Agriculture Safety Days each year across Southern Idaho, with between 90 and 200 children at each event who participate in lessons and activities that will help them stay safe as they grow up within a rural, agricultural economy, says Rick Phillips, Simplot's manager of public affairs in Pocatello.

Along with helping educate children and stimulating the local economy for generations, Simplot is committed to environmental stewardship, Phillips says. By using an anaerobic digester, the company recycles wastewater from potato processing into high-nutrient irrigation water, which is used to irrigate about 9,600 acres of crops, saving growers about $800,000 a year. The digester also produces biogas that is pumped back to the plant to produce steam needed for French fry production, offsetting up to 15 percent of the plant's fuel needs. And since 2001, Simplot has reduced its hazardous waste generation by 88 percent.