Skip to content
Home > Experiences & Adventures > 10 UNESCO Sites to Visit in the U.S.

These UNESCO World Heritage Sites are once-in-a-lifetime spots that should be added to your bucket list immediately. 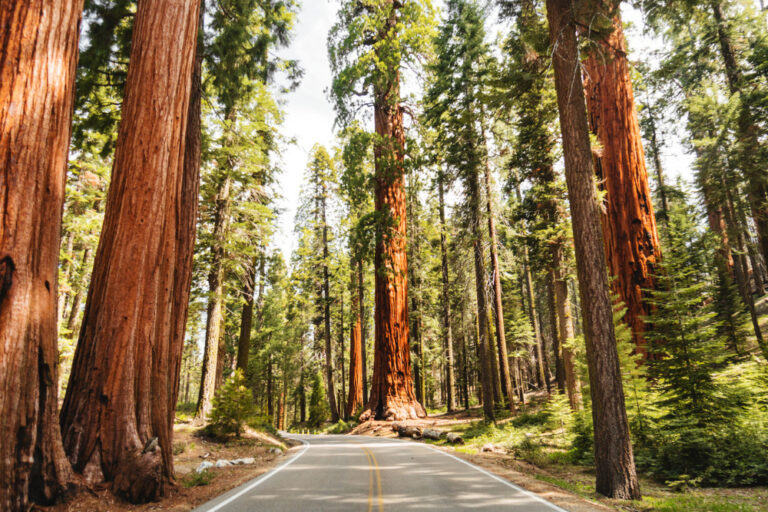 In a world as fraught with division as ours, it’s good to learn a thing or two UNESCO. And if this is the first time you’re hearing about them, you aren’t alone. The abbreviation UNESCO stands for United Nations Educational, Scientific, and Cultural Organization and is a specialized branch of the United Nations headquartered in Paris, France. The organization came together after the Second World War in November 1945, and has been going strong ever since.

Okay, but what do they do?

Glad you asked. UNESCO aims to promote global peace via international culture, art and science education. Or, as their website would put it, to “establish the intellectual and moral solidarity of mankind and thereby prevent the outbreak of another world war.”

Yeah. UNESCO’s mission is to, essentially, save the world from itself. And that’s no small undertaking. Part of this mission is to protect nature, so they developed the World Heritage Committee to protect culturally significant land, much like how the U.S. began establishing its National Parks. This was the beginning of the World Heritage List of globally protected land.

The U.S. has a collective of 24 UNESCO Heritage sites of extreme historical and cultural significance. Here are ten that you should add to your bucket list immediately:

Near Cortez, Colorado
The ancient cliff dwellings in Mesa Verde Park are some of the most well preserved in archaeological history and showcase a hardy and technologically savvy Ancestral Pueblo culture. Estimated to be around 830 years old, the indigenous Pueblo people built intricate cliff dwellings while farming the mesas above. The cultural significance of these remarkably preserved sites is immeasurable and will amaze visitors who traverse the cliff-side structures.

Near West Carroll Parish, Louisiana
Stretching across a swath of the lower Mississippi Valley, the Monumental Earthworks might initially seem like only a series of organized mounds of dirt, but it’s much more than that. These significant and carefully arranged ridges of Earth were built by sophisticated hunter-fisher-gatherer peoples around 1100 BCE and are thought to have been used for social and ceremonial purposes. Although it is unclear exactly how or why they were built, we know that the structures were used in a highly trafficked trading network that spanned the continent.

Taos, New Mexico
The iconic Taos Pueblo architecture is still as stunning today as it has ever been. A feat of indigenous architecture, the Taos Pueblos have been around and practically unchanged for over a thousand years and have people living in them to this very day. As a result, they are one of the oldest continuously inhabited structures on the continent. Relatively simple to maintain and inarguably breathtaking to see, the pueblos of New Mexico are not only a testament to indigenous peoples and their rich culture but will probably be around for another thousand years to come.

Los Angeles, California
The first California commission for world-renowned architect Frank Lloyd Wright saw the construction of the Hollyhock House in Los Angeles. The house was designed for client Aline Barnsdall, a philanthropist, feminist and 20th-century iconoclast with lots of money to spare. Barnsdale called the talented and iconic Wright to design her Los Feliz home as a sort of artists haven. But things soon turned sour when the two shared differing opinions on the design and construction of the house. A few years after its completion, Barnsdall donated the house to the city of Los Angeles, wanting to get rid of it. It took almost no time for the house to become a protected landmark. It became a culturally significant site by UNESCO in 2019, and tours are available for the public today.

Collinsville, Illinois
The Cahokia Mounds State Historic Site may look like only some scattered hills to the naked eye, but this was once the site of a monumental epicenter for trade, culture and religious practices. Self-described on its website as the site of “the most sophisticated prehistoric native civilization north of Mexico,” it remains one of the most significant and impressive feats of ancient engineering and modern archeology in the continental United States. Even though this 1,300-year-old site no longer looks like the bustling hotbed it once was, visitors can witness the once-great city. With augmented reality technology and a phone app, visitors can walk the grounds of the City of the Sun as if they were there and be part of a truly unique cultural experience.

Tennessee
Written in books, songs and poems and re-imagined in photography and paintings, the Great Smoky Mountains are as beautiful and important as they are celebrated. Running up and along Tennessee’s eastern border, this UNESCO Heritage Site and U.S. National Park is one of the planet’s most biodiverse places. Even though much of the park has remained undisturbed, there’s plenty to do and see in this stunning place. Visitors should especially keep a close eye out for evening fireflies and elegant barn owls.

Near Glasgow, Kentucky
It may surprise some that this southern state is home to the most extensive cave system on planet Earth. Mammoth Cave stretches for over 280 surveyed miles. The cave is in a straight line, spanning the distance from Los Angeles to Las Vegas. It’s also the site of some of the world’s most varied cave-dwelling plant and animal life! Lots of world records for Mammoth Cave.

Port Angeles, Washington
While many other UNESCO Heritage sites become protected areas based on cultural or historical significance, a few gain this unique distinction simply because they are unfathomably beautiful. Such is the case with Olympic National Park in Washington. Depending on where you are in the nearly million-acre park, visitors may think they were in a remote location, like New Zealand or Big Sur or Thórsmörk, Iceland (try saying that one five times fast.) Including such wonders as glacier-laden mountain ridges, lush and vast rainforests and almost 100 miles of coastline straight out of a fantasy novel, Olympic Park is home to “thousands of years of human history, and several distinctly different ecosystems.”

Crescent City, California
The tallest trees in the world are in the Redwood National and State Parks in California. They’re also some of the oldest, dating back well over 1,000 years old. This expansive park is an adventurer’s paradise — hiking, camping, flora and fauna studying, tree-hugging, the possibilities are endless! For an unparalleled and uniquely Californian experience, there’s no place like Redwood Park to unplug and get your mind blown by natural beauty.

Montana
Known as the world’s first International Peace Park, Waterton Glacier traverses the border of the U.S. and Canada at the Alberta/Montana border. Visitors can admire the vast natural beauty that connects the two countries. This park is known for blurring the border to showcase what we share rather than what makes us different. Grasslands meet the Rockies; walking paths weave through breathtaking vistas and overlook streams and cascading green hills. Take guided tours, bird-watch, play plant-life Bingo, do whatever it takes to get yourself here and take it all in. Because if any place encapsulates the heart of UNESCO Heritage Sites, it’s Waterton Glacier Peace Park.