Most creative cosplay costumes curated from recent conventions across the U.S. 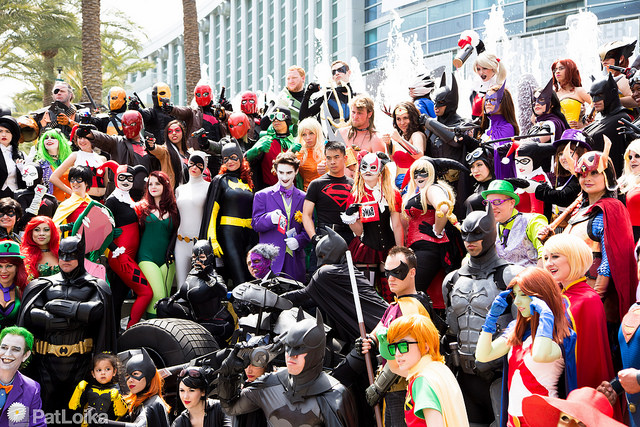 It seems like every major U.S. city has its own sci-fi and horror convention these days, and the events themselves keep growing along with Hollywood’s support and the genres’ legions of fans. And as these events become more mainstream, so does cosplay (short for costume play) among attendees, many of whom consider it practically a requirement to show up to the conventions dressed as their favorite characters. Looking for Halloween costume ideas? We looked to several of the conventions happening in cities across the U.S. and picked 15 favorites to help inspire you.

This impressive costume is almost an exact replica of the car and main character, Vanellope in Wreck It Ralph, the animated smash hit. With some hard work on your own version, you might be able to eat your costume, too.

Anyone can play a princess, but few can effectively pull off “evil queen.” This classic Maleficent costume pays tribute to the original Sleeping Beauty villain and has become more popular thanks to the movie’s success in 2014.

Who says monsters have to be scary? These ladies make these ominous monsters look appealing with their showgirl-style costumes with dramatic Las Vegas flair.

Who you gonna call? Not the Ghostbusters. Call Slimer, the green ghost who slimes his victims and floats off. If you love hot dogs and making a mess, this may be the costume for you.

Great as a separate or couple costume, it’s not a party without two of the most noted video game characters ever, Link and Princess Zelda from the popular Legend of Zelda games.

Radioactive, crime-fighting turtles are back in fashion, and while everyone has a favorite among The Teenage Mutant Ninja Turtles, this Leonardo is hard to beat.

It’s not Halloween without a serial killer on the loose. Try this Jason costume from the campy horror movie series Friday the 13th. Start with the basics, a hockey mask and fake machete, then focus on wardrobe details to take it to the next level.

Zombies are hot right now, so why not go for an eye-popper of a costume like this one? Sure, you could dress as Michone or Darryl from The Walking Dead, but this one’s perhaps a “brainier” choice.

Based on the popular BBC sci-fi show, a Doctor Who costume will certainly turn heads since the show celebrates huge success in both Great Britain and the U.S.

The day has finally come when you can be a Lego instead of just building with them. This Lego family hails straight from The Lego Movie and can be a great family or group costume.

This Halloween, “may the odds be ever in your favor” as Effie Trinket of The Hunger Games. Break away from the drab Katniss Everdeen costume and embrace The Capitol’s style.

Move over Jennifer Lawrence (Mystique in the X-men movies) with your scaley-looking skin and boy cut: This classic version of Mystique features a slim-fitting dress and a skull belt. Who doesn’t need a skull belt?

It’s not a Con without the comic book characters who made these events possible. Heroes and villains, there’s plenty to chose from: Iron Man, Spiderman, Wolverine, Thor, Black Widow and whoever else you want to be. Superheroes can save the day, while villans wreak havoc on unsuspecting costume contests.

You can’t have Marvel and not have DC. The feud for fan favorites continues as dozens of people want to play Batman, Superman, Joker, Wonder Woman and more. Marvel and DC characters are by far the most popular and inspire the most cosplay at a Con, and offer tons of options for Halloween costumes. Just be careful which character you choose, because you could run into your arch nemesis!