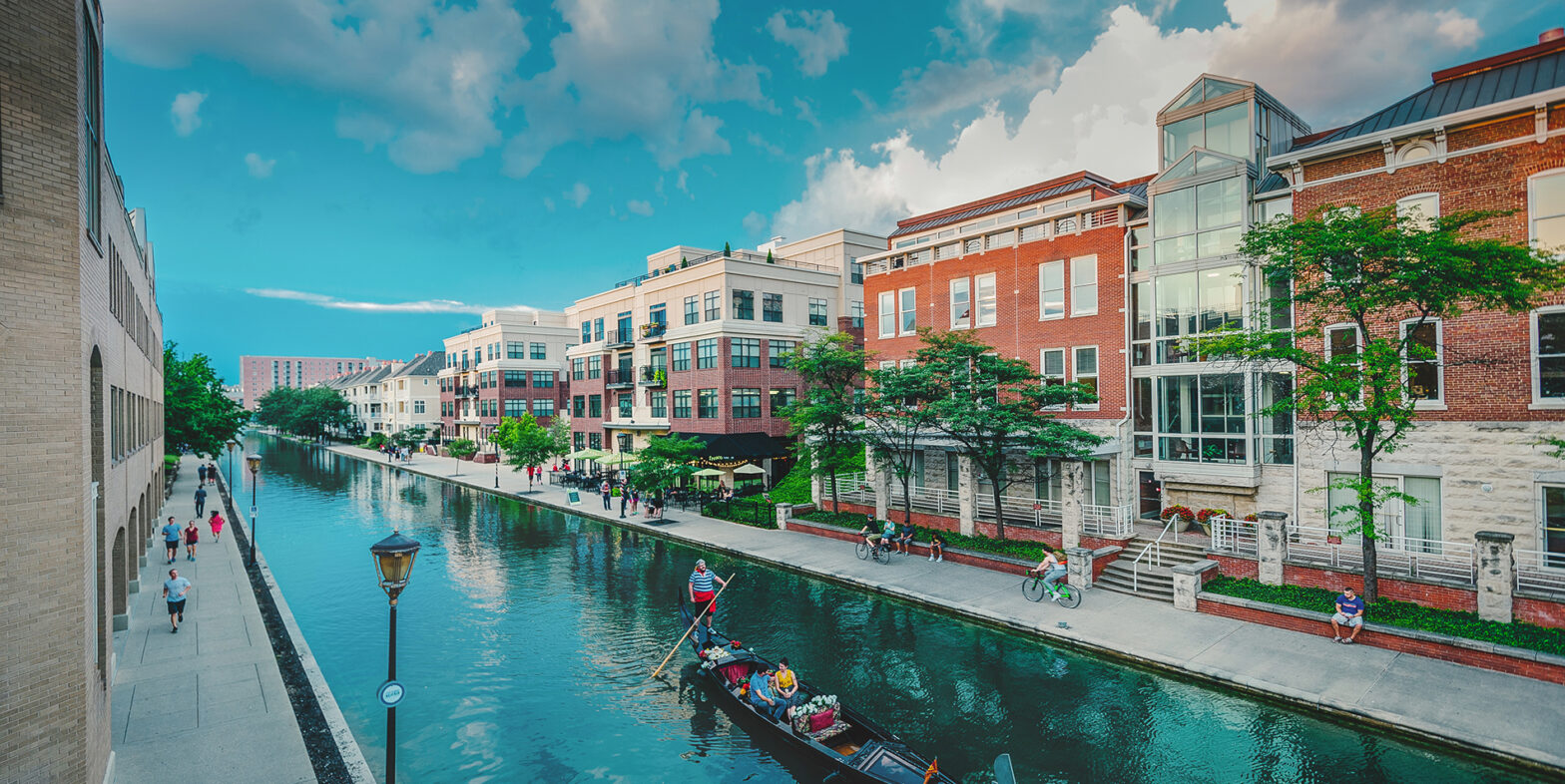 You Can Have It All in Indy

With its combination of affordability, unique neighborhoods and big-city amenities that are incredibly accessible, you can find a lifestyle that's just your speed.

You may know Indianapolis, IN, as the home of the Indy 500 and the Indianapolis Colts, but there’s so much more to this vibrant, diverse city known as the Crossroads of America.

For instance, did you know it’s the home of the world’s largest children’s museum (and a quirky, one-of-a-kind Dr. Who museum)? Or that Indy is a burgeoning fashion capital?

Art is everywhere in Indy, from murals splashed on buildings across the city to sculptures and public art installations. You’ll also find tons of galleries, theaters and concert venues, plus live music, poetry and dance performances popping up on city sidewalks.

“When you come here, you’re not just in a sports town, you’re in an arts town, too,” says Julia Muney Moore, director of public art for Indy Arts Council.

The city hosts Indiana Fashion Week and Midwest Fashion Week, both of which attract international audiences. And Indianapolis is home to several national fashion brands including Lids and Union Western Clothing (worn by Post Malone and other celebrities), plus scores of local designers and a network of manufacturers, comprising a thriving fashion ecosystem.

And fashion is just one of the many industries thriving in Indy. Major companies include Angie’s List, Salesforce, Eli Lilly, Anthem and the NCAA. The region has also become a hotbed for tech companies, with some touting Indy as the “Silicon Valley of the Midwest.”

Indy is also a great place to launch a business thanks to its ideal location, low cost of living, a skilled talent pipeline supplied by a wealth of local colleges and universities, and tons of resources for entrepreneurs.

One of the biggest reasons Indy is a great place to live is its affordability compared to other cities of its size. The fact that you can get all the benefits of living in a big city without the hefty price tag is a huge draw. With a median home price of $251,000 compared to the national average of $374,900, it’s a lot more affordable to buy a home here than in much of the U.S. And the cost of living is lower across the board. According to SmartAsset, Indianapolis is ranked as one of the most affordable large cities in the country.

Getting around the city is a cinch. No matter where you live in Indy, commute times are rarely longer than 25 minutes. Many residents take advantage of IndyGo, featuring the nation’s first all-electric bus rapid transit line. Two additional BRT lines are in the works, which will increase service by 70% and include 24-hour rapid service to and from the airport.

The city also is paved with miles of bike paths, trails and greenways that are interconnected with one another, making it easy to pop into the city’s art galleries, coffee shops and restaurants. Most places in downtown Indy are only a short 5-to-9-minute walk. Want to get around even faster? Hop on a bright yellow bike from Pacers Bikeshare, which has docking stations throughout downtown and following major bike trails to the north and south.

One trail particular is a unique and special Indy attraction: the Indianapolis Cultural Trail, an urban network that winds its way through the city’s six cultural districts over 8 miles. There’s no better way to explore everything Indy has to offer than by walking or cycling the trail!

Display these facts on your site.