Think you might have a secret talent for curling or luge? (Don't we all?) Here's where to go to find out. 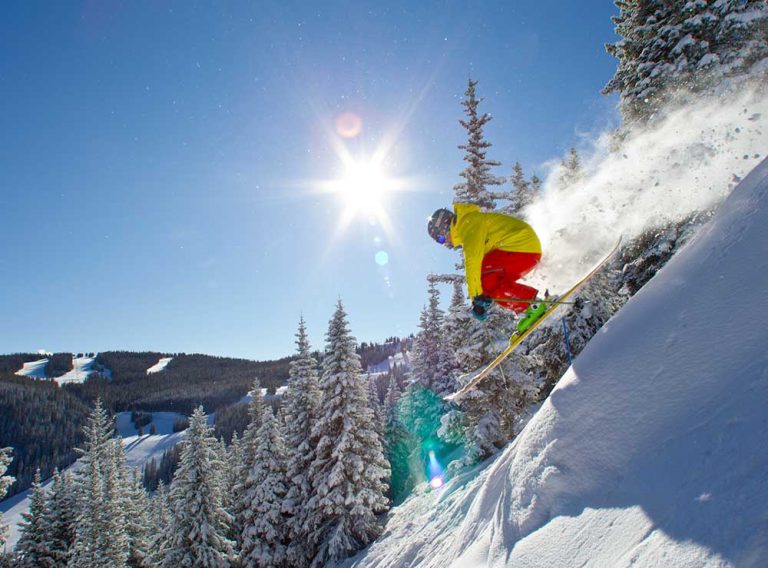 Colorado / Courtesy of Snow Snow under a CC 2.0 license.

With the Winter Olympics kicking off this week, it’s tempting to cozy up inside and watch the Shaun Whites and Chloe Kims of the world duke it out on the snow and ice. But this year, why not give your own Olympic dreams a shot? Even some of the less common sports have surprisingly long histories in the U.S. — and in unlikely places, too. Here are six spots where you can test your Olympic mettle in real life — without the pressure of the whole world watching.

This tiny Vermont town (population: 3,414) has some serious Olympic bragging rights: it’s produced 11 Olympians and, since 1984, has sent an athlete to all but one Winter Olympics. From childhood, locals flock to nearby Skiway, owned by Dartmouth College, to hone their skills. Two Olympic skiers — Jeff Hastings and Mike Holland — now work as volunteer instructors.

In this lesser-known, slightly offbeat winter sport, athletes freestyle ski then pause to shoot their rifles at prescribed targets. The competition is mostly dominated by Scandinavian countries (where it originated), but those who want to try biathlon in the U.S. can do so at Whiteface Lake Placid, the training ground for Lowell Bailey, who recorded the best individual Olympic biathlon finish for an American when he placed eighth at the 2014 Sochi Winter Olympics. Whiteface Lake Placid’s “Discover Biathlon” package includes a lesson, trail pass, equipment rental and range shooting.

The team sport of curling — or the art of throwing a 40-pound chunk of polished granite across ice — is described as a sport of both skill and tradition with roots tracing back to the 16th century. If you want to learn how to throw the rock for yourself, the volunteer-run Ocean State Curling Club in Cranston hosts open houses throughout the year as well as traditional “bonspiels,” curling tournaments attended by various clubs.

Just off the north shore of Lake Tahoe, Olympian Shaun White’s home resort, Northstar, is one of the country’s top places to snowboard. The resort has seven different terrain parks for all levels and also offers the unique Burton Academy, an excellent way for beginners to learn the sport. (Once you’re acclimated to the board, you can give White’s 22-foot superpipe a go!)

Even though it’s been open for 103 years, you’ve likely never heard of Steamboat Springs’ Howelsen Hill Ski Area — unless you’re an avid ski jumper. Home to more than 80 Olympians, Howelsen is the country’s largest natural ski-jumping complex in the country and has jumps ranging from 20 feet to more than 240 feet. The proximity to downtown Steamboat Springs makes it easy to get to for those who want to add some powder time to an otherwise-relaxing winter retreat.

The high-speed adrenaline rush of luge is hard to come by — there are just 15 luge tracks in the world and only four in the United States. Muskegon Winter Sports Complex is home to one of these, an 850-foot course designed by Frank Masley, the first American competitor in the luge. Even as a beginner you’re in good company: five-time Olympian and two-time Olympic medalist Mark Grimmette got his start at Muskegon.