Much like the bourbon trail, Kentucky's cities and towns offer up delectable sugar confections on a different kind of trail. 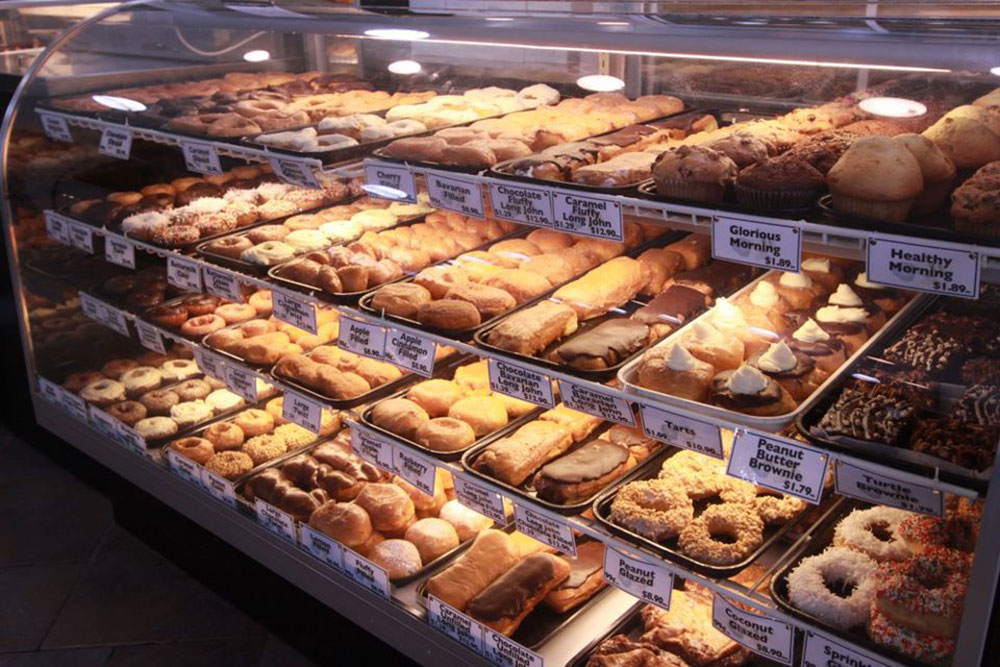 The old days of bakeries on every corner have largely been squashed by big retailers and national chains. But in communities across the country, local tastes still prevail at that mainstay of Americana – the doughnut shop. New shops are opening and “Best Doughnutsâ€ lists keep popping up all over the internet.

Kentucky’s best known export is bourbon, but the Bluegrass State takes a back seat to no one with its opportunity to sample high-quality doughnuts. Much like with bourbon, Kentucky has a conveniently pathed and traveled Doughnut Trail. Kentucky Monthly magazine recently reported on one writer’s road trip through the state to try its delectable doughnuts – all on a bike.

6 Places Where Weird Donuts Are on the Menu

From the big city of Louisville to small farm towns to Amish country to Richmond to Lexington and then back again, writer Kirk Alliman cycled 344 miles over six days to experience 23 Kentucky doughnut shops – with names like Doughdaddy’s and Hi-Five Doughnuts – and try 49 varieties of doughnuts.

Delectable treats are scattered throughout the trail. You wouldn’t expect to find a gourmand-satisfying doughnut tucked in a small bakery gas station or off a country road in Amish country, but a raspberry roll in a shop without electricity is so delicious, you might eat two more confections to round it off.

Here are a few more places on the trail that may get you salivating for a doughy treat. 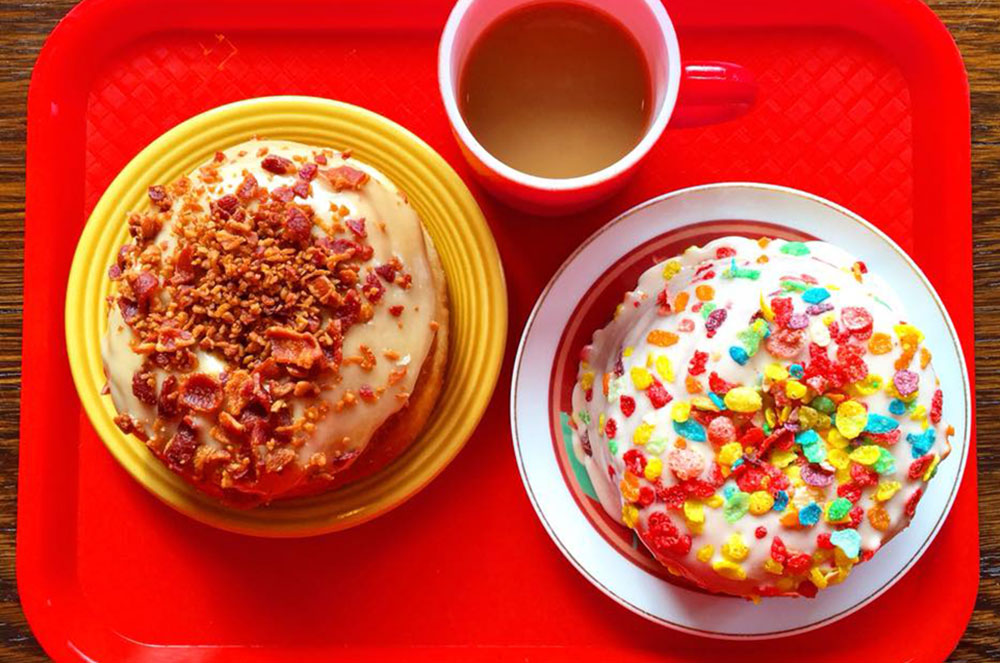 The vast majority of shops on this trail are in Louisville. For some man chocolate, stop at the popular Nord’s Bakery for a Maple Bacon Long John, or if you’re really in the mood, the writer recommends a crÃ¨me-filled “Bill Clinton.â€ If you’re more of a DIY’er, the food truck Hi-Five Doughnuts lets you dip and cover your glazed doughnut in whatever sugary glazes and toppings your heart desires. 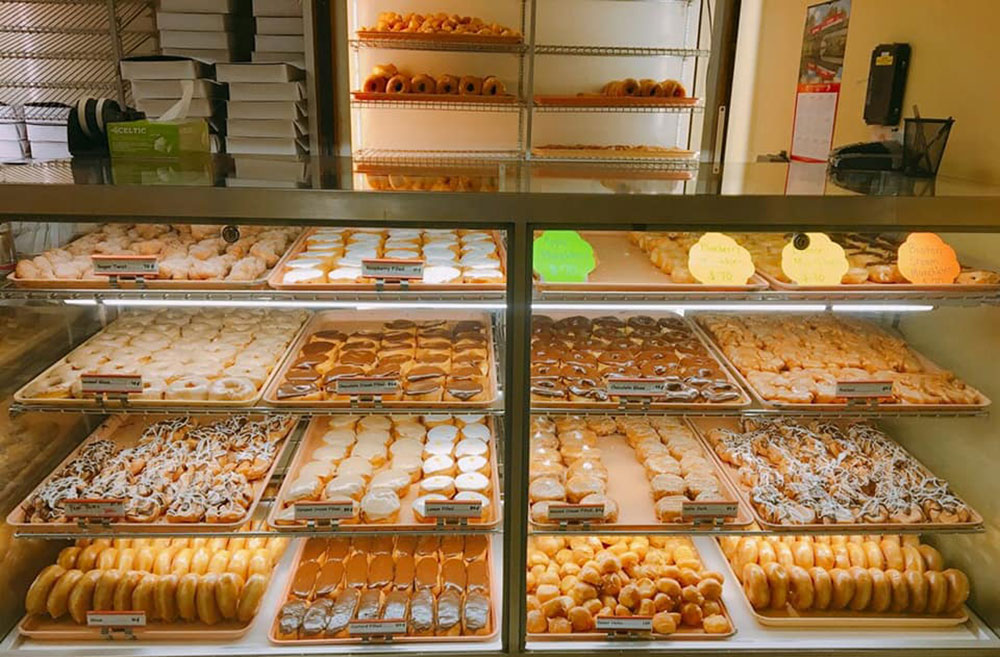 South of Louisville, Bardstown is home to Hadorn’s Bakery, family-owned and operated since 1935 and set in a historic residence-turned shop. Something out of a Nicholas Sparks book if you ask us. The owner, Greg Hadorn, wakes up at 1 or 2 a.m. to start baking the day’s doughnuts at the corner bakery. Alliman recommends the yum-yum doughnut and a custard-filled Long John. 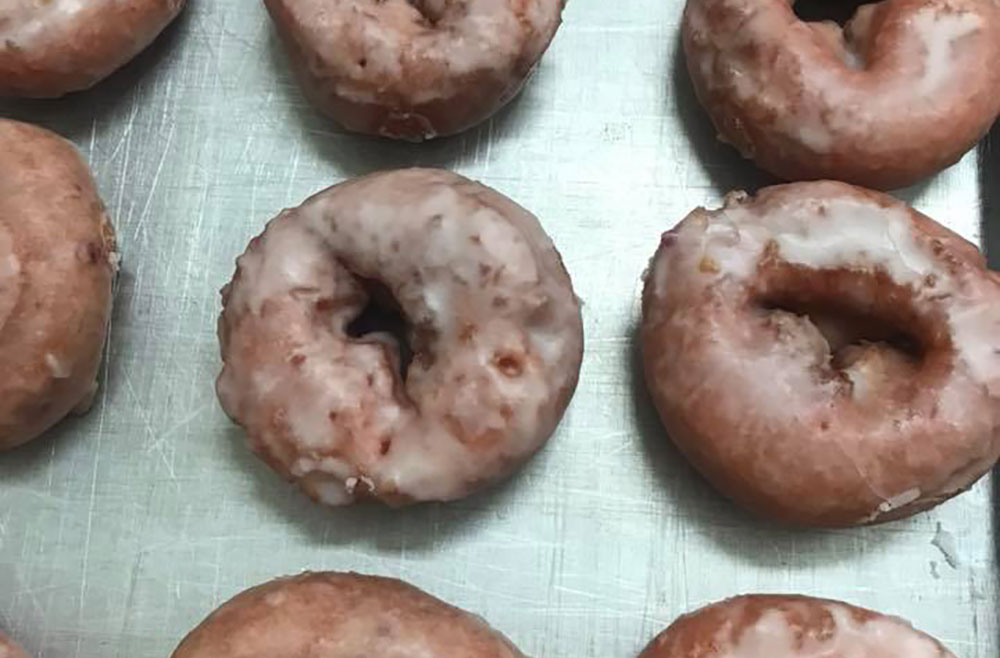 About 43 miles southeast-ish of Bardstown, Danville, KY is home to some really good bourbon – we wrote about that here – and some really good doughnuts. Burke’s Bakery, a local icon (Alliman writes), has been also family-owned and operated since the 1930s. This old-fashioned bakery’s art-deco lettering and small-town atmosphere may feel like you’ve been sent back in time, but try the recommended apple crisp with caramel icing and your tastebuds will awaken back to the present – or so we hope from reading Alliman’s account.

This may be our favorite stop of the journey at The Ottenheim Country Store. Located in Kentucky Amish country, this country store has no electricity, but manages to sell many goods and foods, including baked goods. Husband and wife owners, Alan and Sadie Byler run the store, with Sadie being the baker. How she does it without electricity? We don’t know, but Alliman recommends trying all three confections that he did: raspberry roll, pumpkin roll and pumpkin whoopie pie plus returning for the one he missed, the hand-formed glazed doughnut.

Who would have thought? A gas station in the middle of almost nowhere housing delectable treats? About 6 miles outside of Versailles, a BP station is home to Doughdaddy’s – where you can get a doughnut as a big as a dozen for $7.99. Here, they claim the best doughnuts in Kentucky. They’re so confident, in fact, that with every fuel-up, they’ll give you a free one, because they know customers will be back for more.

While we feel overly stuffed just reading about this tasty adventure, we still want to pack our bags and head to Kentucky for some of its sugary confections. You can read the full account of the Doughnut Trail cycling trip and a complete list of the 23 bakeries and 49 doughnuts at Kentucky Monthly magazine.