From a massive mystery in the Georgia woods to a claustrophobia-inducing 4-foot box built for two, these escape games will test your brains and bravery. 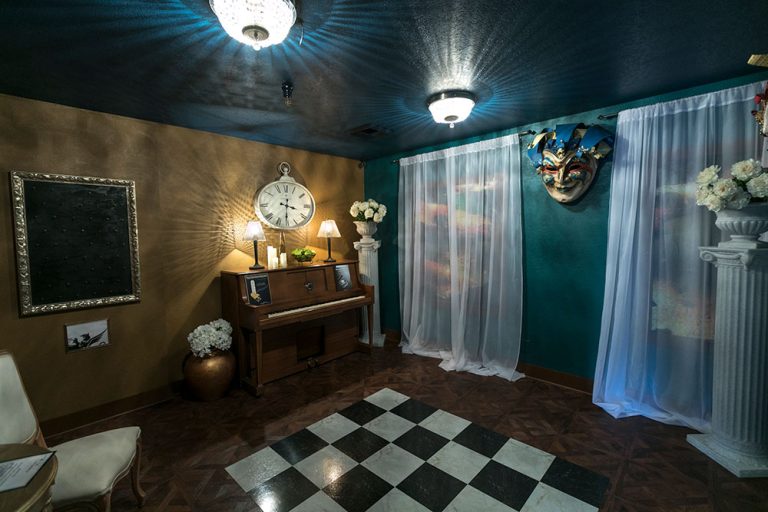 Escape rooms have been popping up all over the country over the past few years, and now you can find them almost anywhere. This outside-the-box entertainment option puts you and a group of friends in a puzzle-filled room and dares you to escape using your wits and a few clues. Whether you want to try this trend for the first time or you’re an escape game enthusiast looking for your toughest challenge yet, here’s where to find some of the most unusual escape games in the U.S.

The name says it all. Claustrophobia Extreme at Riddles Escape Room is the smallest escape room in the country, a 4-foot square space designed for two players. This tiny space has a lot packed into it, though, including time-sensitive activities and automated props. The game is shorter, too. You have just 30 minutes before the door to the pyramid closes … for the next 10 years. The room often books out as players from around the world travel to Myrtle Beach to check this one off their bucket list.

Is an escape room the place to glam it up? It is if you’re going to a ball, which you are when you sign up for Masquerade Manor. Here’s the backstory: you’re infiltrating a swanky masquerade ball in search of evidence for a high-profile theft. You’re disguised as guests, so while a costume isn’t required, it’s encouraged. Some groups come in head-to-toe formal attire. Others take advantage of the masks provided by Exodus Escape Room. They’ve even had a proposal where one bride-to-be found a diamond ring as part of the game. Now that’s class.

In life, sometimes you feel like a rat in a maze. When you step inside Skinner’s Box at Murfreesboro Escape Rooms, that’s the whole idea. You and your friends are lab rats conspiring against the scientist to escape. You begin the game separated from your group (as caged rats should be) and have to communicate – without words – to get back together. Sound challenging? It is. In fact, it’s their hardest room. Rats don’t often overthrow the scientists.

Escape the Movies in Laurel, Maryland

Most escape game companies go out of their way to explain to customers that their rooms aren’t scary; they’re just challenging. Not so with Laurel’s House of Horror. This escape game shop in an abandoned movie theater (which turns into a haunted house for Halloween) has some of the freakiest escape rooms around. They let you know up front with a fright-meter ranging from mildly scary to “run for your life.” Which room scores the highest? Escape the Movies, a four-room hybrid of Halloween, Purge, Saw, The Conjuring 2 and your nightmares. Part of the game may or may not involve a few players being separated from the group and tortured. It’s intense.

The Dig in Powder Springs, Georgia

This escape room can’t be confined by walls. The Dig at Escape Woods is an outdoor game covering over 3,000 square feet deep in the woods. That’s a lot of space for puzzles, not to mention a giant maze. The setting may look peaceful – trees, rocks, even a cave – but could those be clues? Your team of up to 10 players is on a mission to find an ancient artifact and escape before the FBI catches you. If you have an even bigger group, check out The Gauntlet, a massive outdoor escape game for groups as large as 50.