Skip to content
Home > Experiences & Adventures > Which Cities Have Produced The Most MLB All-Stars?

Which Cities Have Produced The Most MLB All-Stars? 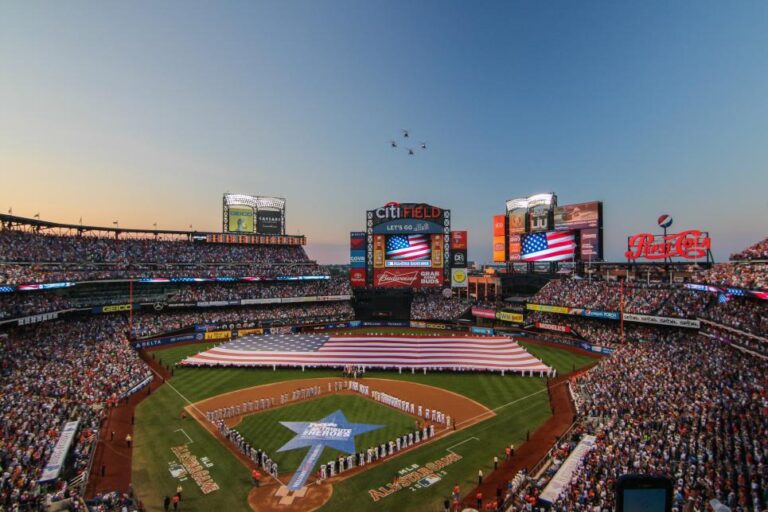 The thing to remember about Major League Baseball’s boys of summer is that, at one time, they were indeed boys. Little leaguers who dreamed of playing on MLB fields. And in those dreams, they were always baseball All-Stars, hitting and pitching their way into the midsummer classic, officially known as the MLB All-Star Game.

For a fortunate few, those dreams eventually become reality, as approximately 70 to 75 players are chosen each year to take part in the July All-Star Game (the roster size varies because of replacements for players who are picked for the team but then are injured). Some come from big cities and highly organized youth leagues, while others learn the game on neighborhood sandlots in small towns. But they all have that special something that leads to them becoming among the best in the game.

Only five U.S. cities produced more than two players who participated in the All-Star games from 2007 through 2013. The major metropolitan areas of Houston and San Diego led the way with five players each. But the others on the list are Baton Rouge, Fort Worth and Norfolk, mid-size cities that were still big enough to each cultivate three All-Stars.

Here is quick look at the players from each city, the number of times they have made the All-Star team, and a little something that makes their hometown an all-star in its own right.

The Houston area added nearly 400,000 residents between 2010 and 2013, making it one of the fastest-growing cities in the U.S. There are 26 Houston-based companies on the 2014 Fortune 500 list, second only to New York. A 2012-13 Gallup study ranked Houston as the best environment for job creation among the nation’s 50 largest cities.

With ample amounts of sunshine and moderate temperatures throughout the year, San Diego is an ideal city for people who love being outdoors. San Diego has more than 300 parks, nearly 100 golf courses, dozens of hiking and biking trails, and miles of beautiful beaches. And, of course, there is also the world-famous San Diego Zoo.

Baton Rouge appeals to both the young and old. The city maintains a youthful vibe thanks to the presence of two major colleges: Louisiana State University and Southern University. But with an abundance of assisted living centers and home health-care providers, Baton Rouge was ranked as being the third best place to retire in 2013 by Livability.com.

Highlighted by Sundance Square, a 35-block entertainment and shopping district, Fort Worth was ranked by Livability.com in 2014 as having the country’s best downtown. The area is easy to walk and navigate, and when you need to relax, there is a 1-acre pubic gathering space complete with a stage and 216-jet fountain that lights up at night.

Norfolk is a water town with 144 miles of shoreline within its 66 square miles, including 7 miles of beachfront along the Chesapeake Bay. Much of Norfolk’s shoreline is located in residential neighborhoods, providing numerous opportunities to find housing with picturesque waterside views. The downtown Norfolk harbor includes a terminal for ocean-going cruises of up to 3,000 passengers.