In these foodie-forward cities, you can have your cake and eat it, too. 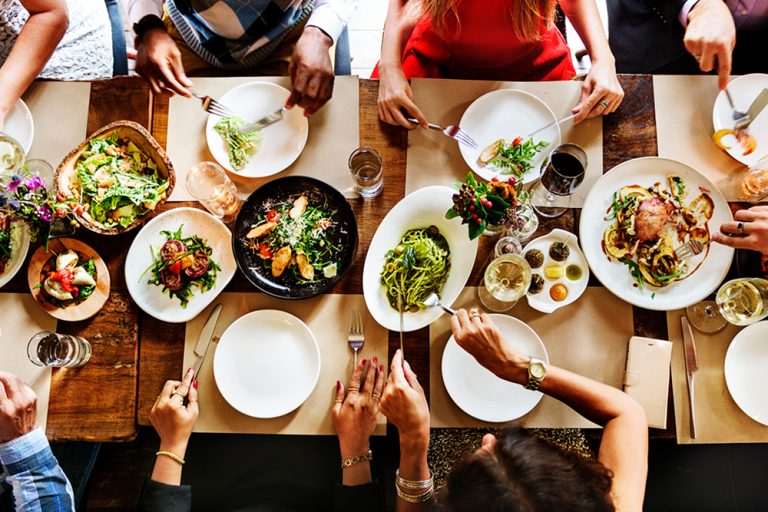 Almost every city across the country has its own quirk and charm when it comes to local dining. But which are the iconic foodie cities of the year, and what kind of mouthwatering dishes do they have to offer?

Ever wondered what’s on the menu in Music City? Nashville has long since gained a reputation for being one of the hottest culinary spots in the South — and for a good reason. You can find everything from comfort and soul food in diners and dives to haute fare in five-star restaurants. Even the farmers’ markets throughout the city and its suburbs boast everything from rustic sourdough loaves and farm fresh eggs to specialty jams and locally roasted coffee beans.

Austin boasts multiple awards and recognitions for being one of the greatest foodie cities in the country. But what all can you find when you pop in for a weekend getaway? There’s no shortage of culinary prowess in this vibrant town. From barbecue and Tex Mex to food trucks and notoriously delicious ramen, this is easily one of the hottest spots that any foodie can put on their travel bucket list.

Is there any city with more quirks than Portland? It also happens to be rich in food trucks, bakeries, coffee shops and farm-to-table cuisine. Whether you want to indulge in a brisket sandwich fresh from a local butcher, foraged fares or something a little more outside the box, Portland is the city for you. You could easily spend an entire week just eating your way through The City of Roses. All that to say, if you plan on visiting anytime soon, make sure to pack your appetite.

What happens in Vegas stays in Vegas, or so they say. But does that apply to telling all your friends and family members about the incredible meals you had when you were out on the town? We don’t think so. It’s no surprise that your dining options are virtually endless here. There are tons of top-rated restaurants, even Michelin-starred ones, within walking distance of any major hotel. The hardest decision you’ll have to make is narrowing down your list of dinner destinations.

Everything is bigger in Texas — including the list of hotspot dining stops. You can easily find some of the best Tex Mex in the state in Houston, but don’t expect to chow down on enchiladas for every meal. You can also enjoy flavors and seasonings from all around the world. It’s even rumored that the city is home to the best Vietnamese food in the country. And with more than 10,000 restaurants boasting dishes from more than 70 countries, that may not be the only surprise you discover on your foodie adventure.

Vibrant and thriving, Charleston has quickly become a hub for local dining, Southern fare and seasonal eating. Naturally, you can expect to enjoy some of the finest and freshest seafood in the country at a number of local restaurants and cafes. But don’t think that’s all you’re in for when you’re on the hunt for your next great dish. You can easily devour some of the best brisket, fried chicken or Asian dishes on the coast if you do your research.

Bon Appétit declared San Francisco to be the best food city in the country, and who could argue with that? After all, there’s more to this place than the Golden Gate Bridge and cable cars. Of course, you may already know it’s famous for sourdough bread, but do you know what else you can find while you’re here? Countless restaurants serve fresh seafood, from Dungeness crab to bay shrimp, but you can also indulge in sweet treats and desserts like millionaire bacon and mouthwatering French toast (here’s looking at you, sourdough). There’s no shortage of coffee, either. And let’s be honest — you’ll want to stay caffeinated to keep up with the pace of this town.

The Most Unique Food Festival in Every State

We scoured all 50 states to pinpoint the most far-fetched food festivals in each state. Here’s where to find them.

Who could forget New Orleans as one of the best places to go if you love a good meal? This Southern destination is at the top of multiple lists — and for a good reason. You can find plenty of mouthwatering Cajun food here, but don’t be surprised if you stumble upon some other hidden gems as well. But, of course, you’ve got to prioritize enjoying a beignet alongside a steaming latte, a hearty helping of fried chicken (the entrée from Willie Mae’s Scotch House was once called America’s Best Fried Chicken), and turtle soup from Commander’s Palace.

Like many of the shining stars on our list, Savannah, GA, is no stranger to accolades for its foodie scene. Full of gorgeous and historic properties, mesmerizing landscapes and ample attractions, this city is the place to be if you want to savor history and good eats. Fashionable coffee shops and lively farmers’ markets abound, and eateries range from dives and bars to upscale restaurants. You won’t run out of new places to try, drinks and desserts to savor, or atmospheres that inspire you to linger a bit longer.

Would you have guessed Burlington, VT, would be on the list of top foodie cities in the United States? Of course, they’re known for their burgeoning beer scene, but that doesn’t exempt them from impressing foodies all over with their growing farm-to-table restaurants, local producers and world-class meals. Even the oldest craft brewery in the state boasts everything from traditional pub food to elevated dinners. And you can bet you’ll easily find plenty of spots to enjoy a bite of renowned Vermont cheese.