Classic Small Town Dishes You Have To Try

The best way to get to know a city is to sample the local flavors. These nine regional dishes are as unique as the cities they hail from. 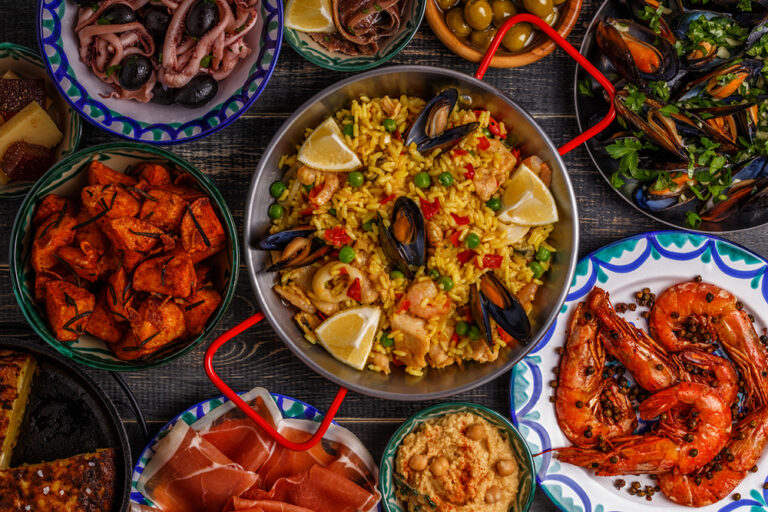 Sure, you can get great deep-dish pizza in Chicago and a fine pastrami on rye in New York. But America’s smaller cities and towns have signature foods equally enticing. Even better, they’re often less well-known, making them a culinary adventure in their own right.

From regional delicacies to multicultural cuisine, these are the dishes you have to try at least once. Come hungry.

Fish Creek, Wisconsin
On cold Wisconsin nights a century ago, nothing warmed up Scandinavian settlers quite like a fish boil. It features whitefish fresh from Lake Michigan, boiled with potatoes and salt, and comes with its own show. The spectacle starts when a master boiler throws a splash of kerosene on the fire under the fish. Flames shoot into the air; the pot boils over, and the fish oils spill out — dinner’s ready.

Several restaurants in Door County host fish boils. At one longtime favorite, the historic White Gull Inn, guests pile their plates with fish alongside homemade bread and coleslaw. Pro tip: Save room for the cherry pie, another local specialty.

Take a trip to the headwaters of the Mississippi and the small city of Park Rapids to savor hotdish in traditional and inventive forms. Enjoy the classic tater tot rendition at Douglas Lodge Restaurant inside Itasca State Park. Meanwhile, at The Good Life Cafe downtown, this calorie-bomb entree gets a lighter treatment with carrots, mushrooms, celery, onion, wild rice and toasted almonds replacing deep-fried spuds.

Juliette, Georgia
If you want to taste the title of the 1991 box-office, hit Fried Green Tomatoes, head to Juliette, Georgia, where it was filmed. This charming small town (population under 300) still looks like a movie set, but the big draw for diners is its world-famous cafe.

Inspired by Hollywood, locals turned the former general store building — which served as the setting of the fictional Whistle Stop Café — into a full-service restaurant. The menu today includes Southern staples like okra, country fried steak, chicken livers and, yes, succulent, crispy fried green tomatoes. Order them as an appetizer, sandwich, salad or atop your burger.

West, Texas
When Czech immigrants settled south of Dallas in the 19th century, they brought with them a host of Old World recipes. One, in particular, struck root, developing a cult following among foodies. Enter the kolache.

These discs of sweet bread, originally filled at the center with poppy seeds, prunes or farmer’s cheese, now show up at several Central Texas bakeries with dizzying variety.

Sample dozens of flavors when you visit West, “Home of the Official Kolache of the Texas Legislature.” Try pineapple, pumpkin and Nutella at Czech Stop or Oreo cream cheese, turtle and birthday cake at Gerik’s Ole Czech Bakery & Deli, a block away. Slovacek’s West gets especially creative with savory fillings ranging from boudin to brisket and sauerkraut to turkey and Swiss.

Hungry Horse, Montana
The wild cousins of blueberries, huckleberries thrive in the Northwest, particularly in mountainous regions, and tasting them is a must if you’re visiting Glacier National Park. Less than 10 minutes from the park, The Huckleberry Patch serves this unusual berry in every form imaginable: pie, preserves, popcorn, ice cream, taffy and tea. In addition, there’s huckleberry honey, huckleberry fudge and huckleberry milkshakes.

Perhaps best of all is the short stack of buttermilk pancakes with whole, fresh berries mixed into the batter. They come dressed with huckleberry topping made in their on-site cannery, additional huckleberry syrup optional.

Frogmore, South Carolina
The quiet hamlet of Frogmore on St. Helena Island is picturesque, with live oaks dripping Spanish moss, homey antique shops and a historic district. But, thanks to its fishing community roots, it also boasts some of the finest Lowcountry cuisines around. You’ll find plenty to tempt your tastebuds, but when in Frogmore, you must eat Frogmore stew.

Shrimp, crab and sausage are a common trio in this folksy dish, elsewhere known as Lowcountry boil, filled out with potatoes and hunks of corn on the cob. If shrimp are in season, swing by Gullah Grub, where chef and owner Bill Green serves authentic Frogmore stew following the Gullah traditions of fresh, local food.

Island Falls, Maine
Bean-hole baked beans are a regional dish beloved across Maine. The protein-rich dish calls for local beans, sweetened with molasses or maple syrup and baked for several hours over coals in a cast-iron pot — in a hole in the ground, hence the name.

Drive around the state in the summer, and you’ll see signs for community suppers and fairs featuring bean-hole beans. But finding them in a restaurant isn’t so easy. One exception is summer Saturdays at the lodge at Birch Point Campgrounds. If you reserve the beans in advance (they won’t cook more than people will eat), they’ll make you a pint or half pint you can take to go or enjoy on-site with a view of the lake.

Bardstown, Kentucky
Bardstown may be the Bourbon Capital of the World, but before you drink all that bourbon, you need something hearty on your stomach. For that, there’s burgoo.

The Bluegrass State stew usually has at least three meats. Beef, mutton, pork, chicken and veal are popular. The Kentucky Derby’s version calls for sirloin steak, pork loin and turkey, along with nearly 20 other ingredients. Perhaps there’s no better place for this old-fashioned dish than the 1770s Old Talbott Tavern in downtown Bardstown. Their robust burgoo features four meats plus spices to give it a kick.

Worth noting, you can order another Kentucky classic at the tavern: the open-faced Hot Brown of turkey and ham, soused in cheese sauce, topped with cheddar, bacon and tomato.

Natchitoches, LA
Named Louisiana’s best small town by Southern Living, Natchitoches dates to 1714, the oldest permanent settlement in the state. That was plenty of time for various culinary influences (Spanish, French, African-American and more) to meld and evolve. The result? The Natchitoches meat pie.

The official recipe calls for garlic, onion, peppers and an even split between beef and pork, but everyone has their own take. The handheld pie seems to be everywhere in town, from the riverfront Mayeaux’s Steak & Seafood Restaurant to the grab-and-go French Market Express. But the original pie is at Lasyone’s Meat Pie Restaurant. They sell an 80/20 blend of beef and pork wrapped in pastry, handmade since 1967. Can’t get enough? Visit in September for the annual Meat Pie Festival.