It's official: America loves craft beer. Small-shop and large breweries alike are making an impact on local economies and businesses by creating jobs and getting involved in communities. 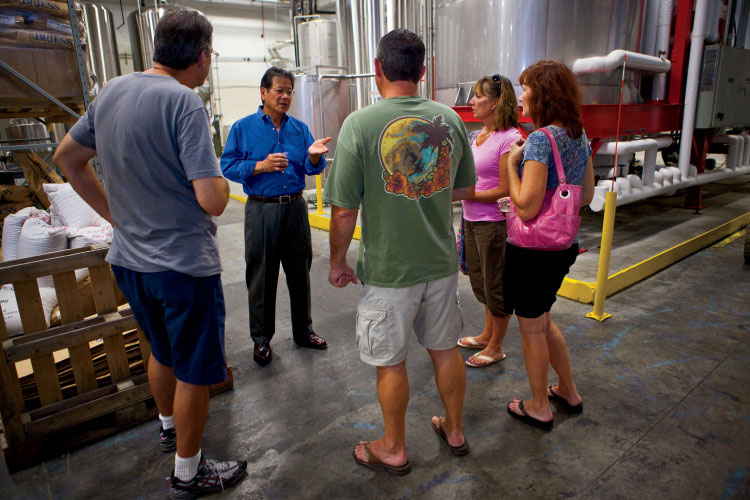 It’s a great day to be a beer lover.

There are over 4,200 breweries in the United States, and 99 percent of them are identified as craft breweries: small, independent and traditional. Craft breweries are unfolding all over the country, specifically in mid-sized cities. Not only is this delicious news for residents, it’s a robust revelation for tourism from an economic development point of view, too.

Brews can be completely distinct and unique to a town’s flavor. Just last year, 184 new breweries opened, and soon there will be a place for every palate in the United States.

Craft brewers have distinctive, individualistic approaches to connecting with their customers. Most are willing to move into areas in need of rehabilitation, are often generous to small businesses and charities, and have a passion for specific causes, such as sustainability.

The hallmark of craft beer is innovation and successful brewers possess a passion for authenticity. The beer is their brand; their brand reflects local culture.

Different from bars that serve wine and spirits alongside beer, breweries feature varying experimental versions and brands. Classified as an “attraction,” breweries typically close early but still fit in with a town’s food and booze scene.

“You have to sell who you are as a community first and then you sell what you have,” says Ben Teague, executive director of economic development in Asheville, NC, a city that was ranked as one of our best beer cities. “Decision makers and owners of breweries are personally invested in these communities. They want to help build the community.”

Not just a foamy and fermented local attraction, small brewers are increasingly creating job opportunities due to the fact that they need more people at the lower production level.

The beer industry provided more than 424,000 jobs –  with more than 115,000 jobs directly at breweries – and contributed $55.7 billion to the U.S. economy in 2014. And that’s not to mention that wages in the beer industry are among the highest of the 350 industries surveyed in the US Bureau of Labor Statistics.

Furthermore, just one job at a craft brewery will create an additional 45 jobs in other industries on average, such as packaging, business services, distributing, transportation and agriculture.

It goes beyond municipal economies – rural communities are forecasted to benefit from the surge of craft breweries as well. Craft-style beer uses between three and seven times as much malt per barrel as a mass market lager, and more U.S. farmers are planting hops, which create flavors that vary by region just as much as wine grapes.