Cities The Lorax Could Love: ‘Biophilic Urbanism’ Aims to Bring City Dwellers Back to Nature 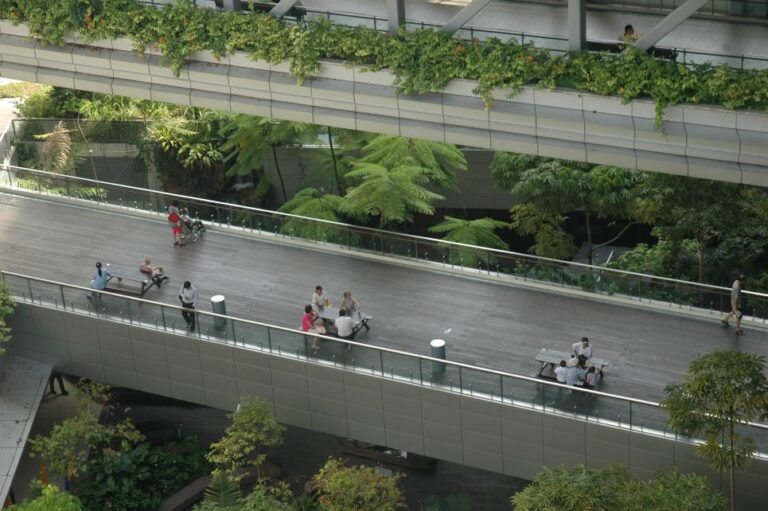 How much do people actually need to "get back to nature," especially those who have chosen to live in cities? Which cities are doing the best job of connecting its residents with plants and animals amid the steel, concrete and other manmade elements dominating most urban landscapes?

Those questions are within the realm of "biophilic urbanism," a fast-growing movement which includes urban planning, architecture and building practices all focused on biophilia, a term popularized by Harvard myrmecologist and conservationist E.O. Wilson.

Biophilia is "the to which humans are hard-wired to need connection with nature and other forms of life," according to Dr. Tim Beatley, a professor who directs the The Biophilic Cities Project (BCP) at the University of Virginia in Charlottesville.

Biophilic cities, then, are places that “contain abundant nature … care about, seek to protect, restore and grow this nature; and strive to foster deep connections and daily contact with the natural world. Nature is not optional, but absolutely essential to living a happy, healthy and meaningful life.," Beatley says.

Singapore's 'Hospital in a Garden'

If one spot on Earth sums up biophilic urbanism, it might well be Singapore’s Khoo Teck Puat Hospital (KTP). Especially contrasted with traditional perceptions of hospitals – cold, sterile, gray – this “hospital in a garden” that opened in 2010 sets a lofty standard.

The 550-bed general and acute-care facility looks and feels like an outdoor sanctuary with its 140 trees, ‘green walls’, rooftop vegetable and fruit garden, ponds with 92 fish species, multiple varieties of birds (24) and butterflies (32), natural views from every bed and park-like spaces throughout.

According to Beatley, KTP is one of many reasons Singapore is a pioneer in biophilia.

"Singapore is a very vertical city that has been inspirational and innovative in showing us a direction for biophilic design and urbanism,” he says.

Which Cities are Most Biophilic?

The BCP acknowledges that defining what makes a city biophilic is open to interpretation, but Beatley notes that the characteristics tend to include:

Beatley is quick to point out that the BCP is not a certification body, and the project’s aim goes far beyond acknowledging individual locations as biophilic.

“Our initial 10 partner cities were chosen because they are really strong, in different ways, not only in having natural spaces available but in finding unique, innovative ways to connect people with our natural environments,” Beatley says.

Last October, the BCP convened a conference of partner cities to focus on plans to expand into a global network of many more locations. The group also is wrestling with metrics: goals and standards to measure how biophilic a city is and is becoming.

Beatley is optimistic about the trend toward biophilic priorities.

“We seem to be increasingly recognizing the power and benefits of living and working in close contact with nature,” he says. “As the world become more urbanized, we will need to be that much more creative in rethinking cities to make nature a foundational element in their design, planning and management.”