Want to Live Longer? Here’s Where to Move

A study has pinpointed America's longest-living cities — and the answers might surprise you. 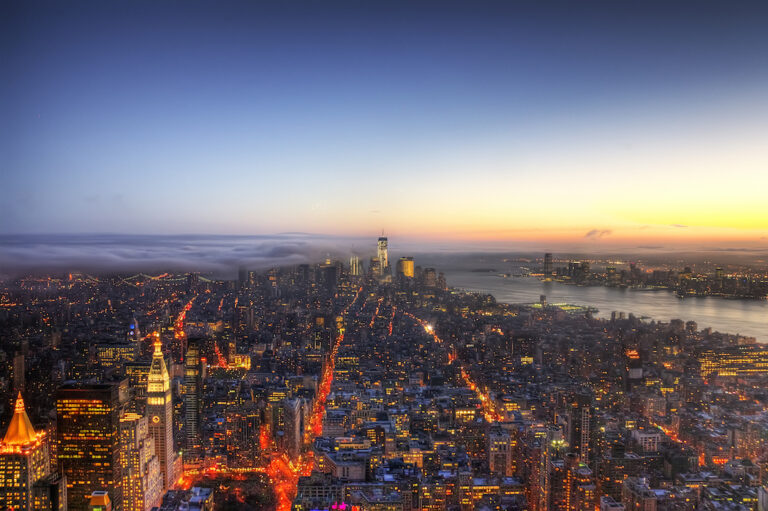 Many people dream of living forever – but most of us would happily settle for a nice, long life. As it turns out, a study out of Stanford, MIT, Harvard, McKinsey and the U.S. Treasury may just hold the answers on where in the United States is best for people of any income to maximize their lifespan.

The study, published in The Journal of the American Medical Association, looked at income versus life expectancy in a sample involving more than 1.4 billion person-year observations of Americans between the ages of 40 to 76. After comparing the taxes people earned to life expectancy and where they lived, they found some places were better than the rest for living longer, depending on your income.

And the answers are very surprising, to say the least.

For those in the bottom income quartile (the 25% of Americans who earn the least), here are the best places to hit a ripe old age:

NYC might be one of the most expensive cities in the world, but shockingly, it tops the charts for life expectancy for those with a lower income. Men in New York live to 79.5, on average, while women get to 84. New York was also the second best state overall for living a long life. Want to reap the benefits of New York state’s long life expectancy without breaking the bank? Check out the most affordable cities in New York (yes, they exist!).

Santa Barbara – which Livability has ranked as the number one city to retire, incidentally – is somewhat infamous for being expensive to live in. However, the bottom quartile lives to almost the exact same ages as New York – men average at 79.4 years, and women at 84 – which isn’t surprising, considering that California was the study’s longest-lived state for people of lower incomes, and Santa Barbara has ranked in our Top 100 Best Places to Live for five years running.

As mentioned before, California is the best state in general for living the longest with a lower income, so seeing San Jose on this list isn’t such a huge surprise. Like the rest of California, the average amounts of smoking, obesity and exercise (San Jose is the 20th most walkable city in America, after all) translate to an average life expectancy of 79.5 for men and 83.7 for women.

Is This California Town the Happiest Place in America?

Now, for those of you in the highest income quartile (top 25% of earners) in America, there is an entirely different set of cities to help you reach a ripe, old age:

Salt Lake City came in at number one for life expectancy – perhaps not unexpectedly. Salt Lake has been listed in our Top 100 Best Places to Live for several years, and it ranked in the Top 10 Best Places to Retire last year. Men in SLC live on average to the age of 86.6 years, while women top out at 89 years.

Why Salt Lake City, UT is a Top 100 Best Place to Live

With an average age of 86.8 for men and 88.7 for women, the largest city in Maine serves its higher earners well. Besides having the most restaurants per capita of any metropolitan area in the U.S., it’s also one of our 99 Best Beer Cities, a Best City for Affordable Healthcare, and appeared on our Top 100 Best Places to Live list for four years in a row.

Women in Spokane lived longer than anywhere else, with an average life expectancy of 89.2 years. The men, meanwhile, came in at a respectable 86.1 years. Of course, being a haven for people who love the outdoors (thanks to being surrounded by stunning mountains, forests and lakes, and its relative proximity to Canada and Idaho), it seems only natural that those from Spokane have the health to live a long life.