While national politics tend to get all the attention, elections at the local level actually impact daily life. Here's why we should turn our focus toward what's happening locally. 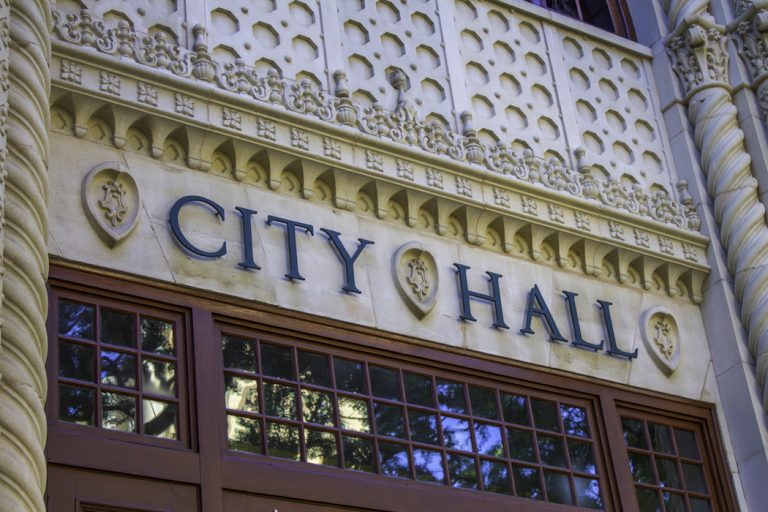 If you require deep breathing exercises just thinking about national politics lately, we feel you. But, it’s time to shift your attention to something closer to home. Not only is your local government friendlier and more responsive, but it also matters more to you than you think.

With weeks left until the midterms in November, it’s important to know what’s on the ballot. To learn more about your local election deadlines, dates and rules or to check your voter registration status, please visit https://www.vote.org/.

Here are six reasons why you should pay attention.

1. Your City Government Makes the Decisions That Affect Your Everyday Life

A 2016 study found that Americans are far more likely to know about national politics than local politics — which is odd, considering that your city council’s decisions are the ones that affect your everyday life most dramatically. How fast the snow gets cleared off the road and the trash cans are emptied, how well your kid’s elementary school gets funded, how easy it is to get permits for a new house or a new business, how soon a big box store takes up residence next to your home — those are local issues, and they’re worth paying attention to. A good way to keep up? Subscribe to your local newspaper.

2. Your City Wants to Hear Your Voice

Ye olde town hall meeting remains the classic way to express an opinion to your city’s leaders (whether or not it involves dressing up in a chicken suit). Now, however, tech-savvy, 24-7 tools let you communicate without setting foot in city hall. For instance, when Salt Lake City wanted public input on a new comprehensive plan, it invited residents to text their thoughts with Code for America’s Textizen tool. The tool was also used in partnership with the city of Philadelphia. Other cities, like Provo, UT, utilize discussion boards to get conversations flowing among residents when it comes to local politics.

As in, they actually pay attention to what you want. Crazy, right? According to one 2012 Boston University study, “city councils are even more powerful than Congress in terms of their ability to shape budgetary policy in the face of executive branch opposition,” and the way they do it varies dramatically depending on the political leanings of voters in local elections. More Democratic cities, for instance, spend more on government than Republican cities — just as you might expect.

4. Your City Gets Stuff Done

City council meetings still witness the occasional filibuster, but they’re more like one in Bayonne, N.J., that lasted all of 30 minutes. In fact, 3 out of 4 American cities do without Republican and Democrat monikers, running nonpartisan elections in places as far-flung as San Diego and Boston. Local leaders don’t have time for political theater. They have to make the trains run on time.

5. Your City Wants You to Know What It’s Doing

The federal government isn’t exactly known for its transparency. Meanwhile, some cities sponsor City 101 courses, giving residents the inside scoop on how city departments work. For example, in Valdosta, GA, participants in the 7-week Valdosta Government 101 class learn about the inner workings of the municipal court, the public works department and the zoning commission, among others, while facility tours and guest lectures give participants the ear of public officials. You can find similar programs in Fort Collins, CO; Sugar Land, TX; and Raleigh, NC that help residents prepare for local elections, among dozens of other cities.

6. Your City Lets You Tell Them How to Spend Money

An increasing number of cities practice participatory budgeting, which gives residents a vote on how to use portions of the municipal budget. In Cambridge, MA, any resident 12 or older can vote on the allocation of $700,000 of capital improvement money. Lighting for local landmarks? Upgrades to a local youth center? Free wi-fi in Columbia Park? You decide.