These small cities and towns are giving Portland a run for its money as the country's #1 biking city. 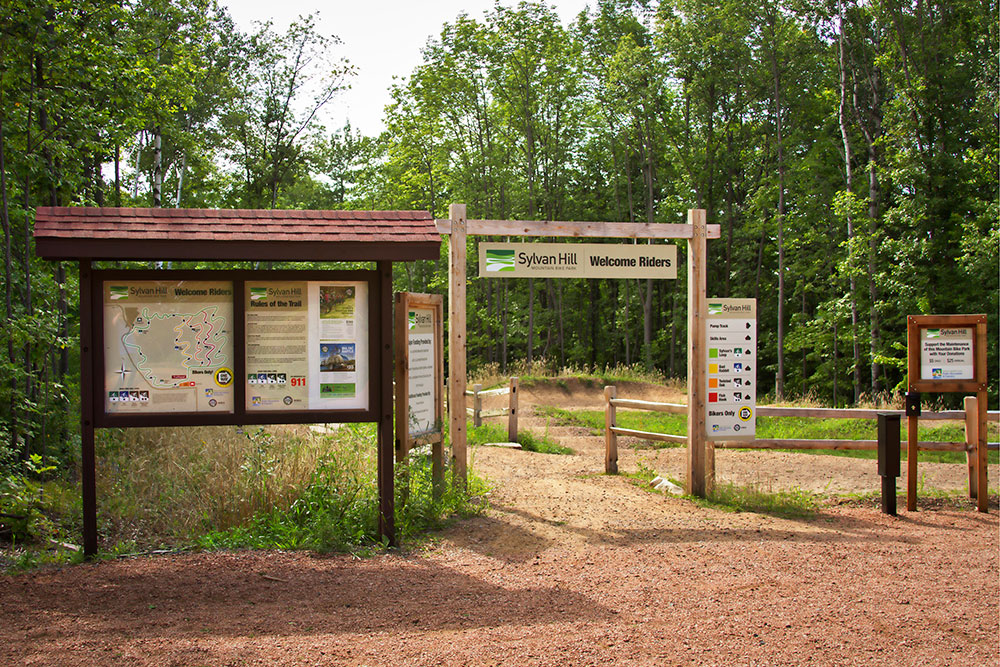 From weekend warriors to bike commuters, cycling is growing in popularity across the country. The U.S. Census Bureau reported the number of people biking to work has risen about 60 percent over the last decade.

While big cities like Portland, OR, tend to get all the attention when it comes to cycling (and for good reason since it holds the title of most bike commuters in a large city at 6.1%), there are plenty of other places where biking isn’t just a hobby, it’s a way of life.

Ready to ride? Here are a few places that deserve more credit for their bike-friendly cultures (and major props for supporting bike commuters year-round, no matter how crazy the weather gets). 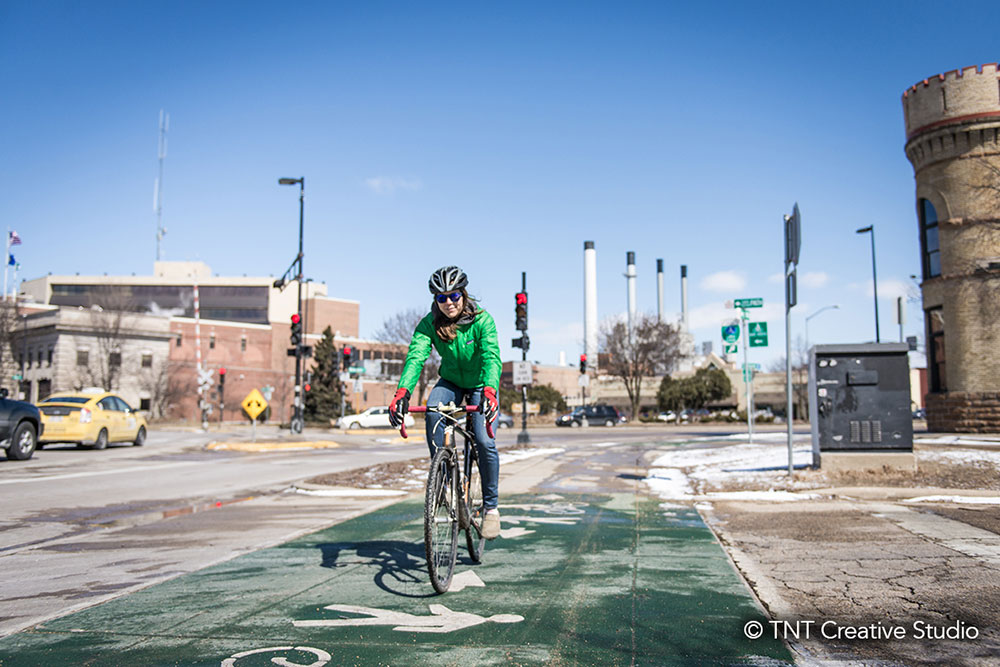 With an annual snowfall average topping 40 inches, Madison, WI, may seem like an unlikely place to cycle. Yet locals may let you in on a bit of an urban legend – that the bike paths are plowed more rigorously than the streets. People in Madison bike year-round, including on snowy days. The city is home to more than 240 miles of bikeways that support an active outdoor community. Bike share programs are also widely available.

It’s no wonder that next to Portland, Madison holds the number two slot for large cities with the highest percentage of those biking to work at 5.1%. 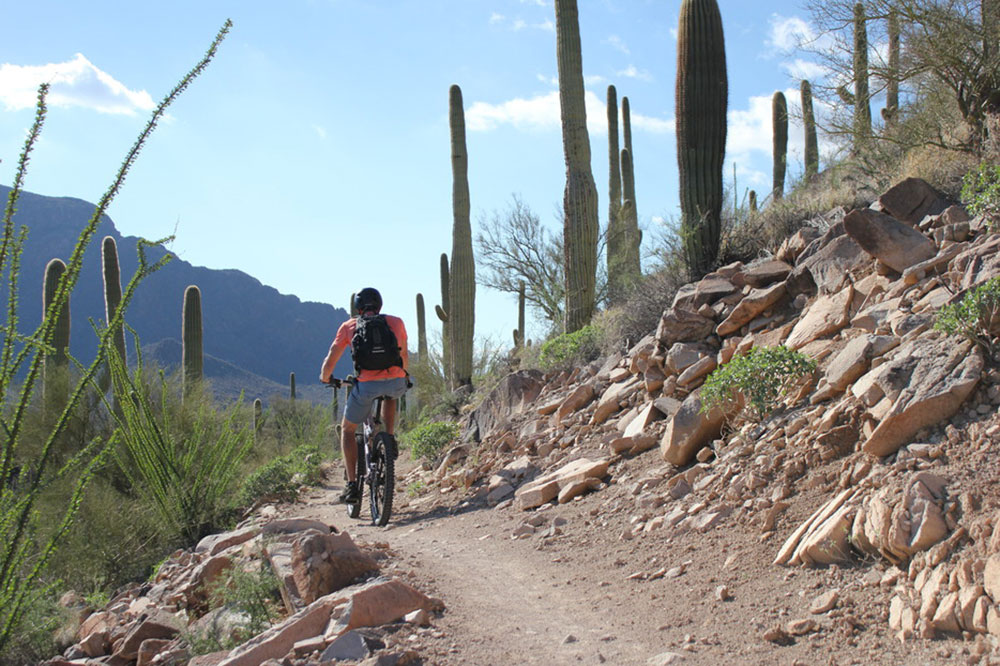 Finding your way around Tucson, AZ, on two wheels is easy thanks to a network of multiuse trails and paved paths knowns as The Loop, which takes in 131 car-free miles. While biking to work is common, accounting for 2.4% commuters, cycling isn’t limited to the work week.

Locals tend to have their favorites: Popular trails for road biking include the leg-burning climb up Mt. Lemmon or any number of mountain biking trails. With plenty of sunshine to encourage spending time outdoors, there are regular cycling events and rides that take for a variety of skill levels – from leisurely cyclists to the more hardcore athletes, you’ll find it all in Tucson. 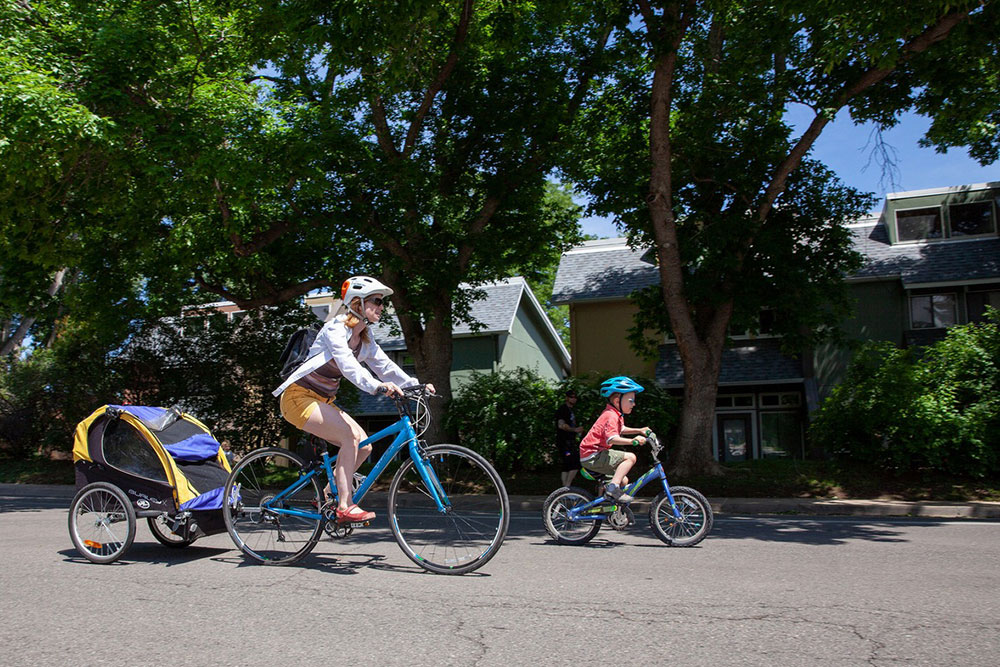 In the shadow of the snow-capped Rocky Mountains, the streets and hills surrounding Fort Collins, CO, just begged to be biked. The community and businesses throughout the region embrace cycling. In fact, Fort Collins earned the title of the most designated bicycle-friendly businesses of any city in the country.

How to Delight All Your Senses in Fort Collins, CO

With over 200 miles of bike lanes to wend your way through town, cycling isn’t just a mode of transportation here, it’s a way of life, from infrastructure to instruction and cycling initiatives. Take the roadways – along with an extensive paved trial network, there are underpasses and overpasses available at almost every arterial crossing. And to fill all those bike roadways, the city supports bicycle education classes, including some at area high schools, a bike share program and much more. 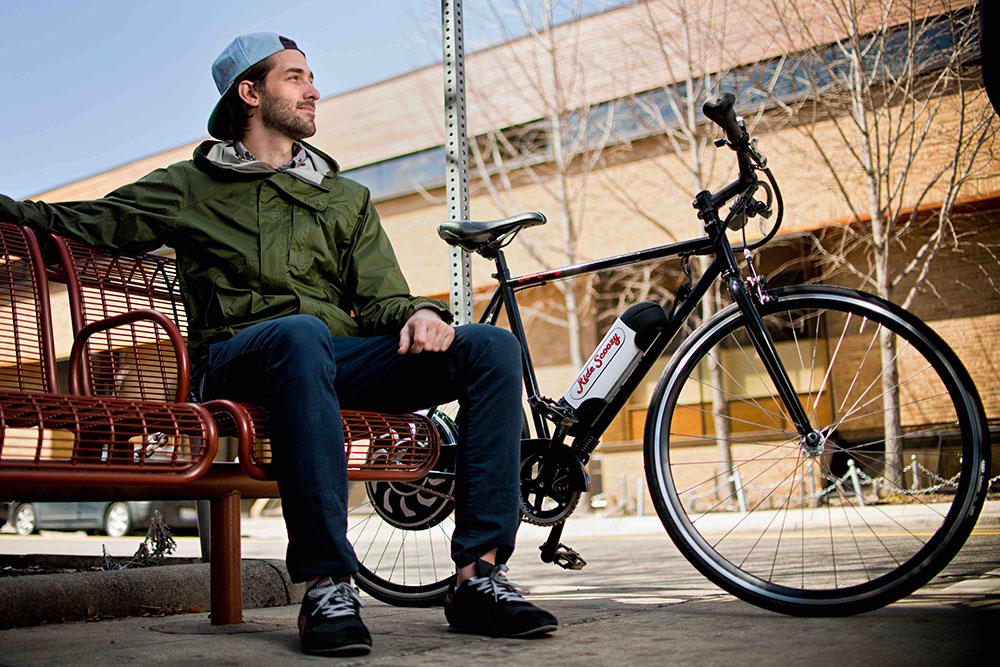 With a laid-back yet surprisingly cosmopolitan vibe, Ann Arbor, MI, a city of just over 100,000 (including all the students from University of Michigan), welcomes cyclists.

The city, which nabbed the top spot in this year’s Top 100 Best Places to Live ranking, boasts 79 miles of bike lanes and plenty of spots to park your bike while visiting the city’s many locally-sourced eateries and restaurants. Choose from among more than 900 bike parking spots, many with bike hoops and a few with secured bike lockers. There’s also a thriving bike share program supported by the city, the University of Michigan and others.

Why Ann Arbor, MI is One of the Best Places to Live in America

Beyond the downtown cycling scene, the area also continues to add hiking and biking trails to link cyclists to greenways and other scenic spots, including one that loops in the botanical gardens and local parks. 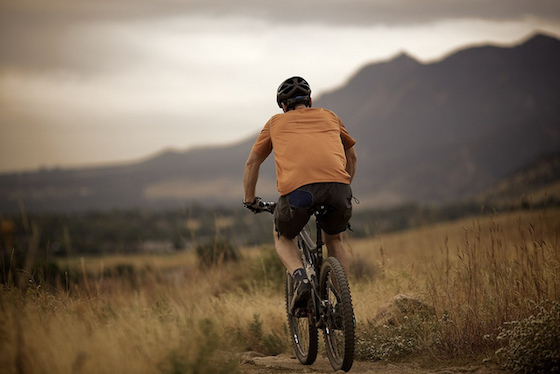 Boulder / Courtesy of Rocky Mountain Joe under a CC 4.0 license.

About 30 minutes northwest of Denver heading right towards Rocky Mountain National Park, Boulder, CO‘s bike culture is unmatched. Take The Boulder Cruise Ride as an example – every Thursday evening from the spring through the fall hundreds of cyclists don costumes and ride their bikes through town.

And if your bike happens to breakdown? Locals know they can get a quick fix from a bike repair vending machine outside one of the area bike shops (there’s also repair kits available to use for free at a visitor kiosk and even at a bike stand in town).

It’s not uncommon for Boulder residents to have more than one bike – one for in-town and a mountain bike for exploring the nearby foothills. And like Madison, the bike paths here really do get plowed when it snows before the roads. 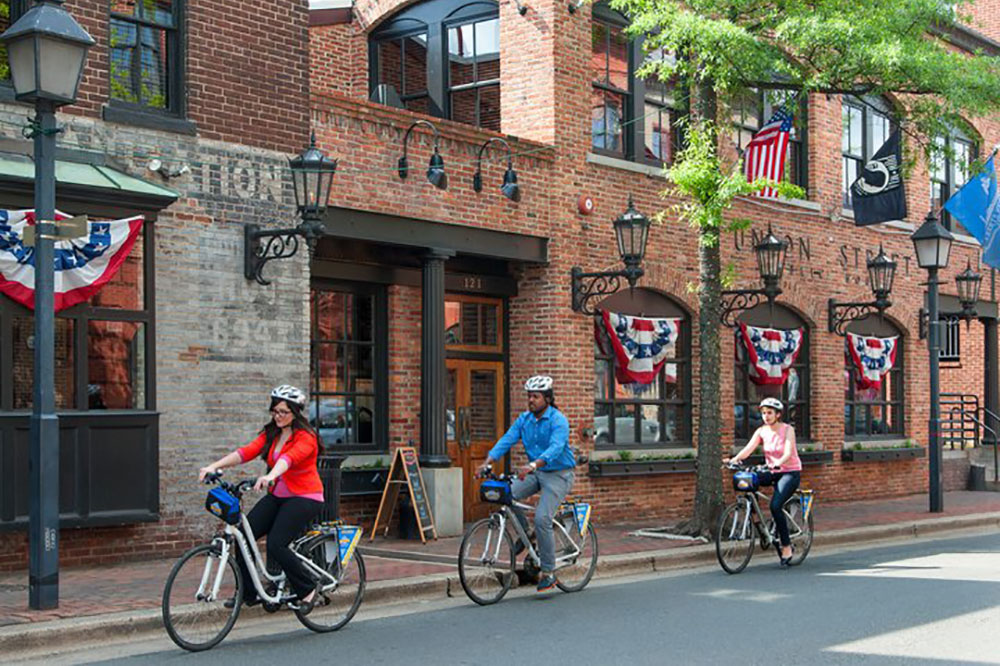 Cyclists in Alexandria, VA, can make their way on almost 30 miles of bike trails or opt for on-street bike lanes and neighborhood bikeways. If you don’t have your own bike, there are 31 bike share stations available, making it easy to rent some wheels from nearly anywhere around town.

Commuting isn’t the only reason people here like to hop on two wheels: Alexandria happens to be one of the most popular sections for cycling along the East Coast Greenway, a 3,000-mile cycling route that runs from Maine to Florida. 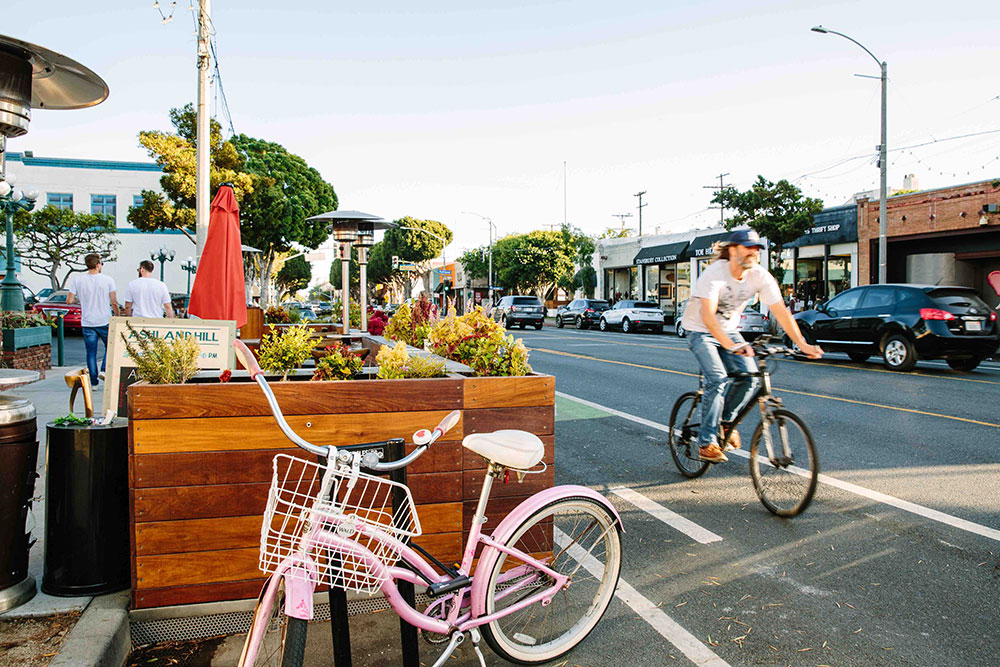 Known as LA’s beachside city, Santa Monica, CA feels like California’s quintessential playground – hugged by the ocean with a pedestrian pathway that follows the beach past eclectic eateries, artists’ galleries, clothing stores and, of course, the occasional surf shop. You can take your bike along the gently winding beach path or rent one from the famous Santa Monica Pier (a frequent backdrop in many TV shows and movies).

Locals call the 22-mile multi-use path, which goes through the uber-popular Muscle Beach, “The Strand.â€ But cyclists aren’t limited to the beach. Santa Monica residents use dedicated bike lanes to make their way through town – so much easier then trying to find a parking spot – and to venture into the Santa Monica Mountains National Recreation Area and other back-country spots.

Of the top small cities for cyclists, Wausau, WI, came in number one, according to ratings from PeopleforBikes.org.

Break out your mountain bike to venture into one of Wausau’s newest offerings for cyclists – the expansive Sylvan Hill Mountain Bike Park, which opened last fall. As the name implies, the park is like a playground for cyclists with trails of various skill levels akin to downhill skiing with the easier, green outlined routes for newbies and the more advanced black diamond and double black diamond routes for those who are ready for jumps, twists and tougher terrain.