Skip to content
Home > Love Where You Live > Bike Sharing for Kids May Soon Be a Trend in U.S. Cities

Bike Sharing for Kids May Soon Be a Trend in U.S. Cities 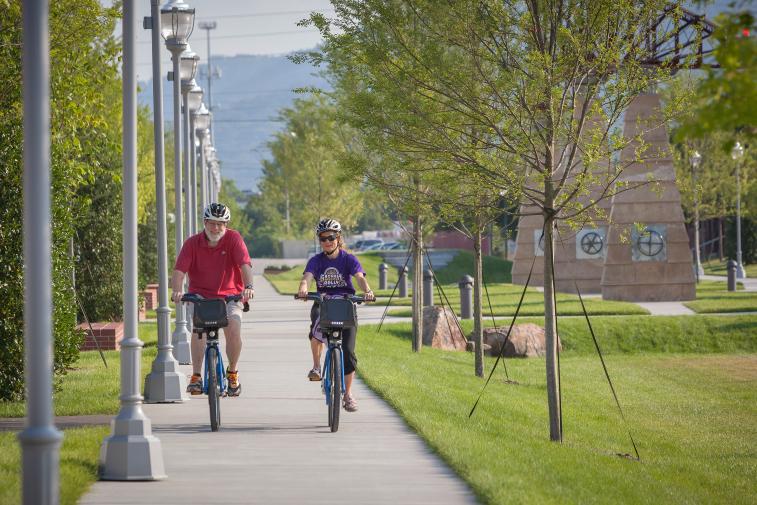 No kidding? Actually, quite the opposite in Paris, France, where officials have launched the world's first bike-sharing program specifically for kids.

The program is called P'tit Velib (in English: tiny bicycle liberty), which makes 300 bikes available in four different sizes that parents can rent short-term at five park locations throughout Paris. The bikes accommodate ages 2-10 and are meant to create enthusiasm in young children who later in life might often choose bikes over cars.

Although P'tit Velib seems like a good idea, in the U.S. the concept of bike sharing has only recently caught on for adults, with the trend taking off just a couple years ago in several cities.

Do the Ride Thing

A Capital Bikeshare initiative is occurring in Washington D.C. where 1,700 bikes and 175 stations are in place, while New York's Citi Bike features 6,000 bicycles, and Chicago's Divvy program has 1,500. Other large cities involved with bike sharing include Miami, San Francisco and Salt Lake City, along with smaller municipalities like Aspen, Chattanooga, Columbus and Fort Worth.

Federal transportation officials estimate that by the beginning of 2015, at least 35 American cities will have functioning bike-share systems.

“We launched Bike Chattanooga in July 2012, and today have 300 bikes at 33 stations, with more than 60,000 trips logged so far,” says Philip Pugliese, spokesperson for Bike Chattanooga. “The 33 stations are all located in downtown Chattanooga and along the city's Tennessee Riverpark greenway, with stations located about every two blocks in the downtown district.”

Pugliese says there is plenty of room to go biking, including within Chattanooga's south side entertainment district, the downtown business district, Chattanooga's waterfront, along Walnut Street Bridge, and across the bridge to the north shore fronting the Tennessee River.

“Several students from the University of Tennessee-Chattanooga as well as downtown businesspeople utilize the bike-sharing system, but it might be surprising to note that half our ridership originates from visitors arriving in Chattanooga who want to ride around the city,” he says.

As for rental fees, people can become a Bike Chattanooga member for $75 annually by registering at www.bikechattanooga.com, then they are mailed a coded keycard to insert at any station to access any bike.

“For day-to-day riders, they can approach kiosks at all of the stations and request to rent up to two bikes per credit card payment,” Pugliese says. “It costs $6 to rent a bike for 24 hours, and $12 for 72 hours.”

The Federal Highway Administration reports nearly two-thirds of Americans would bicycle more if they felt safer on the streets, so cities are taking steps to establish protected lanes on busy roadways. Those protected lanes can feature posts, planters, or raised curbs to separate bikes and automobile traffic.

“Chattanooga has adopted a Complete Streets policy ensuring that all future roadway projects accommodate the needs of all roadway users,” Pugliese says. “It is time to evolve the bike lane, and bike sharing is changing the entire conversation about transportation.”