Skip to content
Home > Love Where You Live > Living the Dream: I Retired to Santa Fe

Living the Dream: I Retired to Santa Fe

What's it really like to retire and start fresh in the Land of Enchantment? We asked someone who did it. 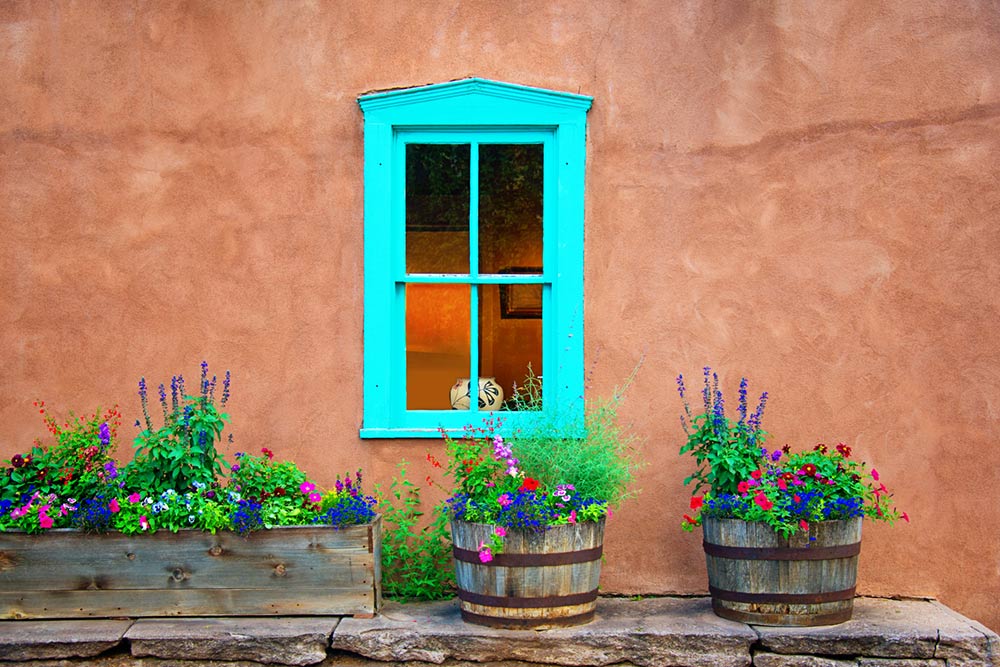 Today we’re featuring Robert Basler, a journalist who, along with his wife Barbara, decided to relocate to their dream city after retirement. Here, Robert shares the story of how they made a nearly spontaneous cross-country move, tips for starting over in a new place, and why Santa Fe dinner parties are the best dinner parties. 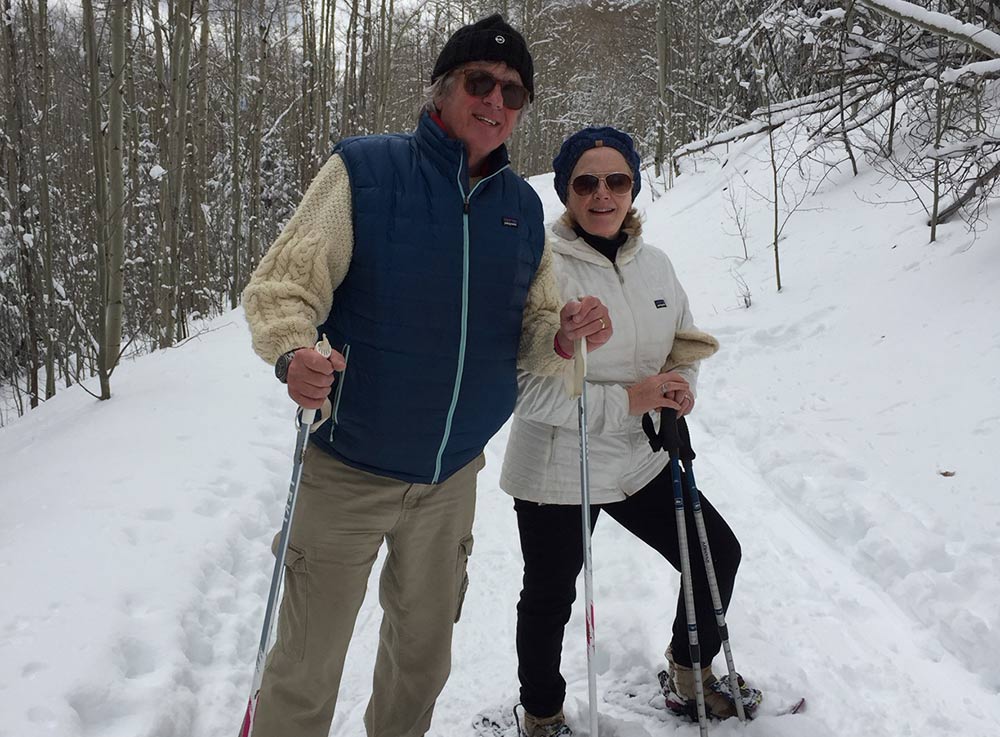 How long have you lived in Santa Fe?

Where did you live before moving to Santa Fe?

Lots of places, but the last three cities were Washington, DC, Hong Kong and New York. 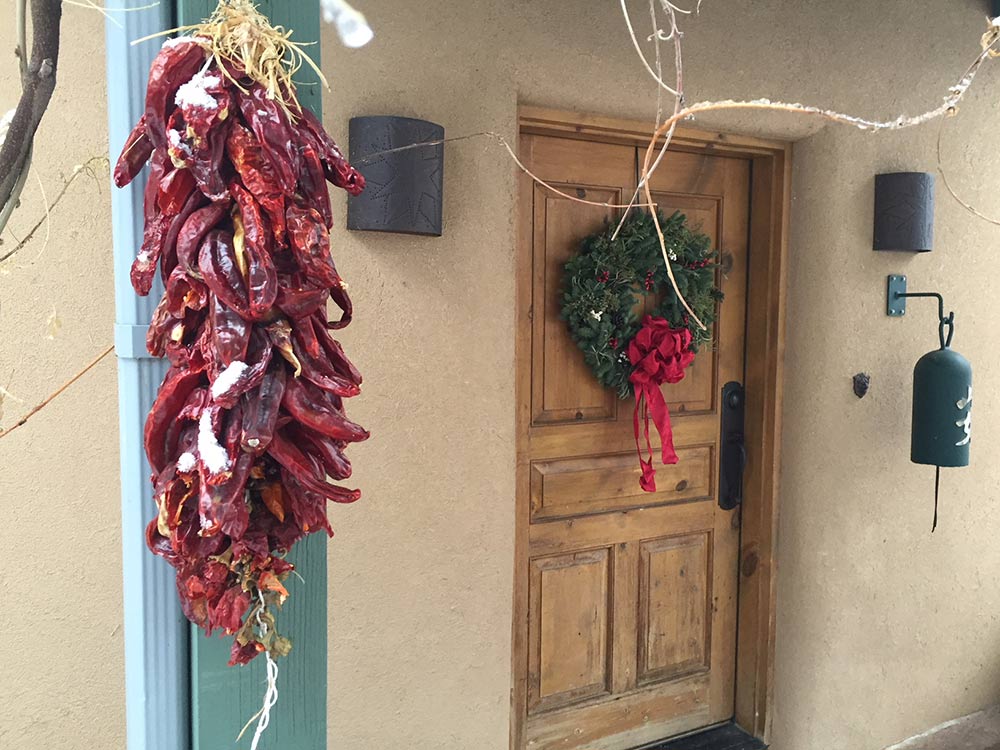 Do you remember your first trip to Santa Fe? Did you instantly know this was a place you wanted to live?

It was 1996. We had recently moved back to the States after eight years in Hong Kong, and wanted to show our young son places that were very different from what he was used to in Asia. Santa Fe certainly qualified. But it would be some 15 years before we would decide this was the perfect place for us to live.

Had you always known you wanted to retire somewhere else? What factors did you take into account when choosing where that would be?

We loved DC, but it was not a place to retire. If you’re not in a sexy job, you’re kind of invisible there. We had always assumed we would retire in the East, but when our son finished grad school and moved to Los Angeles, my wife suggested Santa Fe and it just seemed perfect. We visited again in 2011 to celebrate our 40th anniversary and spent a few days pretending we lived here to see what it would be like. One night, watching the mountains and the sunset and the stars from our hotel balcony, I said if we could live here, why would we go anywhere else? 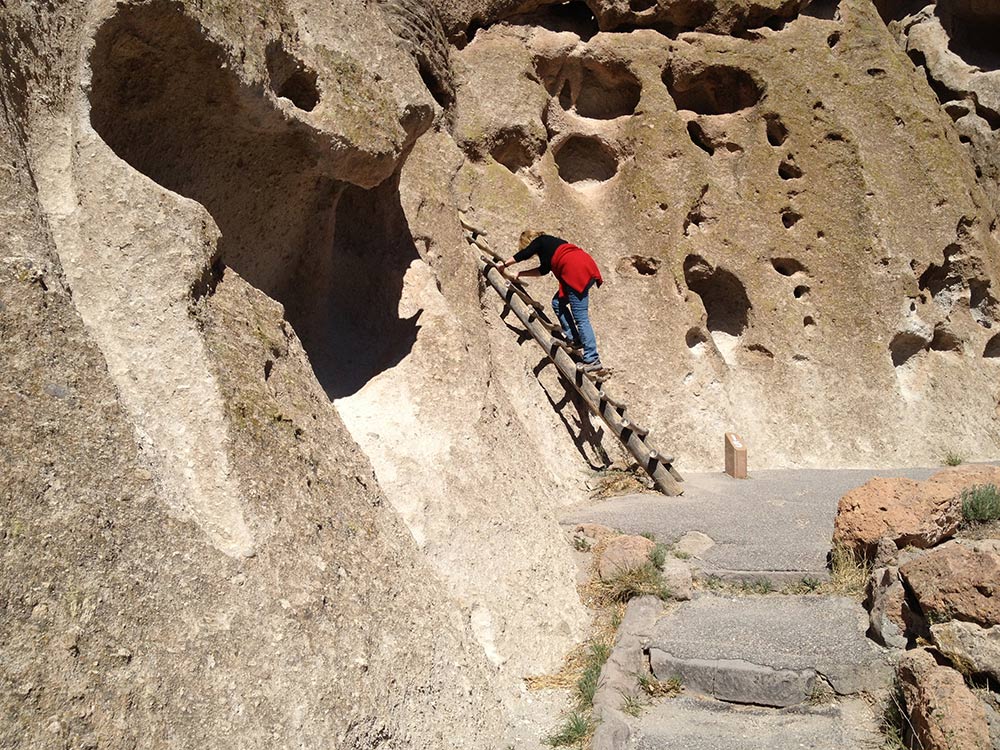 Once you decided to move, how did you go about making the dream a reality? Did the process go smoothly?

We found a real estate guy during our 2011 visit and told him we would probably be moving here in four or five years. Then we returned to DC, did the math, decided we could afford retirement, and nine months later we were living in Santa Fe. So yes, it went smoothly.

Should I Stay or Should I Go? Do You Retire in Place or Move? 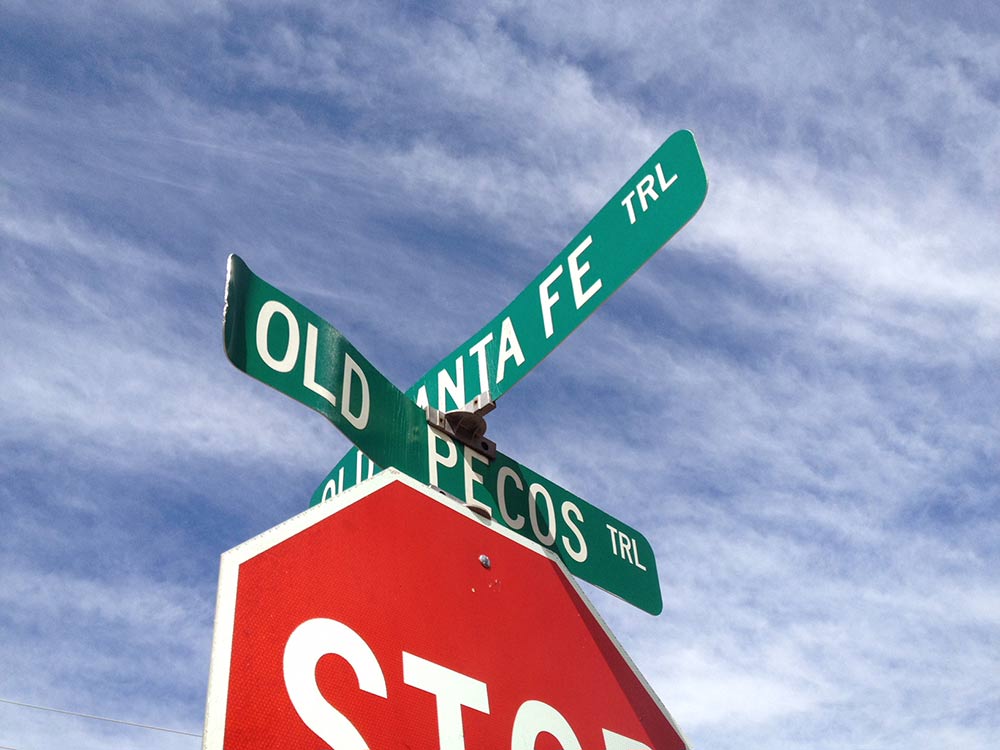 How did you go about getting settled in, meeting new people, and carving out your new routine? Was there anything about Santa Fe in particular that made this process easier or more difficult?

Let’s be honest: to use the clinical term, what we did was totally insane. We packed up our two dogs and two cats, drove cross-country for five days and arrived in a city were we knew not one single soul apart from our real estate dude. Who does that? 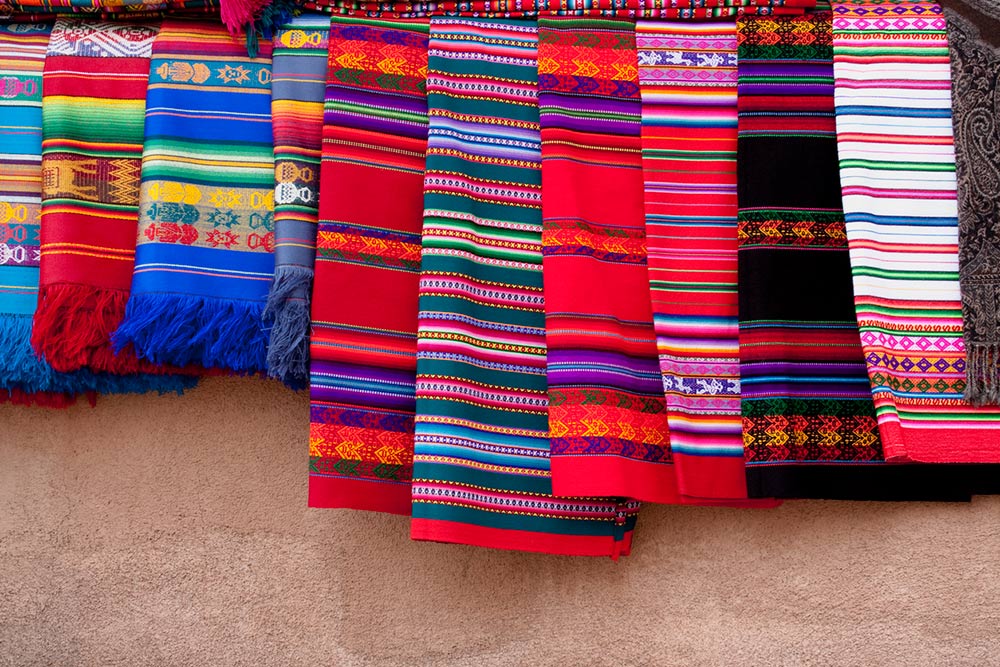 Luckily, there are so many transplants here they have created their own informal support system. I think we know maybe two people here who grew up in New Mexico. The rest are from all over the country. Back in DC, your first question when you met someone new was, “What do you do?â€ In Santa Fe, you’re not supposed to ask that. If people want you to know what they used to do, they’ll tell you. Many don’t, because they are reinventing themselves and don’t want their past to get in the way. You just respect that and move on. Then, when you get home, you Google them.

Tell us what a typical day looks like for you in Santa Fe.

We live in a place honeycombed with wonderful mountain hiking trails, and we use them nearly every day, doing four or five miles on rocky paths. Apart from that, nothing is really typical. I’m on the Board of the Santa Fe Animal Shelter, and that keeps me pretty busy. So does our own pack of pets. We also foster tiny kittens for the Shelter, and at times we’ve had as many as 10 animals in our menagerie. Try that sometime. I do most of the cooking, and that involves shopping for the freshest ingredients every day. 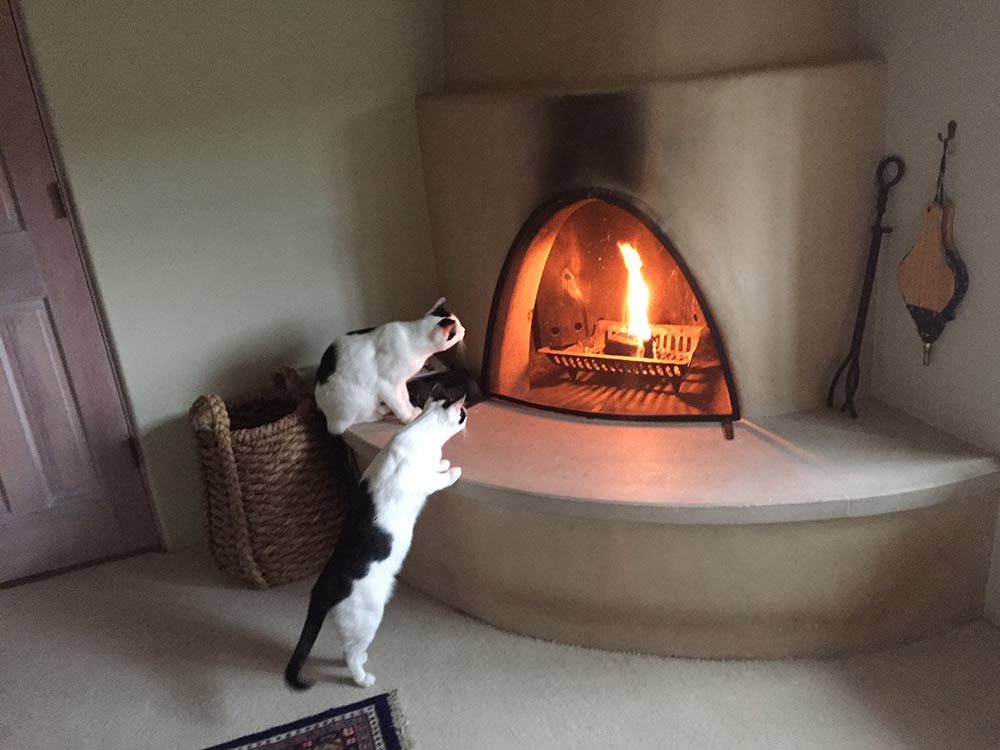 Do you have any tips for building community in a new place, especially in retirement?

I guess my only tip is to keep an open mind. Don’t try to plan retirement the way you planned your life. Fifteen months after we moved to Santa Fe I was writing a regular humor column for an alt-weekly newspaper, I was on the Shelter Board and I was studying Spanish. I didn’t plan on any of that, I just let it happen. 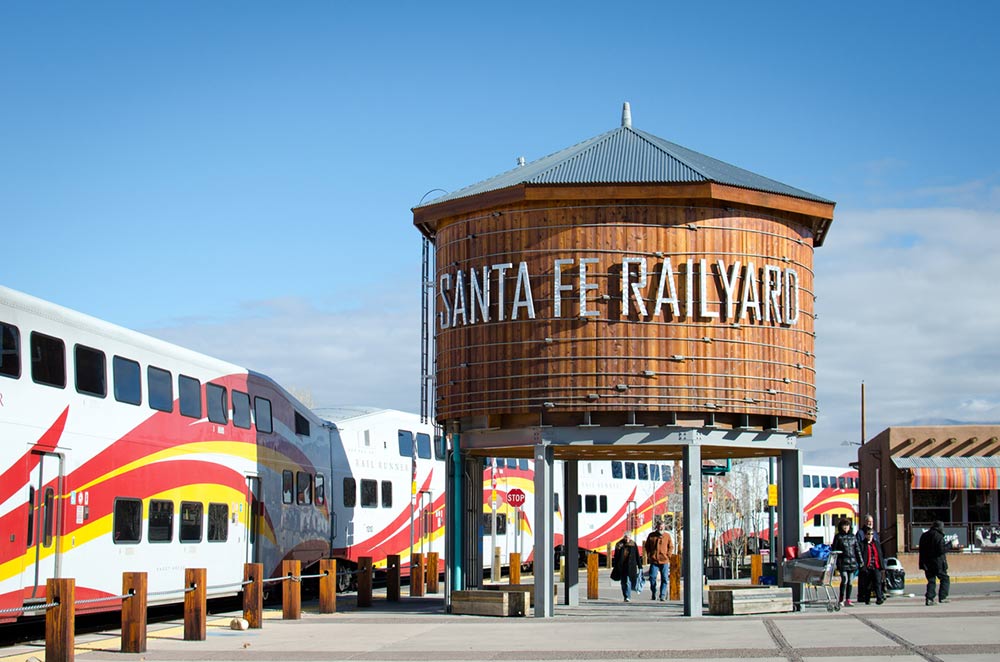 What’s something that surprised you about relocating to Santa Fe?

How very, very smart the people are. If you go to a restaurant, the folks at the next table will be having the most interesting conversation you’ve ever heard. Everybody here is approachable. Everybody. A boorish snob wouldn’t last long in Santa Fe. You know who you are.

It’s probably connected, but I’m also impressed by the spirit of adventure here. I was at a dinner party for eight a few days ago and all eight guests had been to Cuba! No, that wasn’t supposed to be a theme, it was just a happy accident.

Another surprise was what a difference the 7,000-plus feet above sea level altitude makes. I love to cook, but many of my East Coast recipes are useless here. I had to take a high-altitude cooking course, and five years later I’m still getting the hang of it. 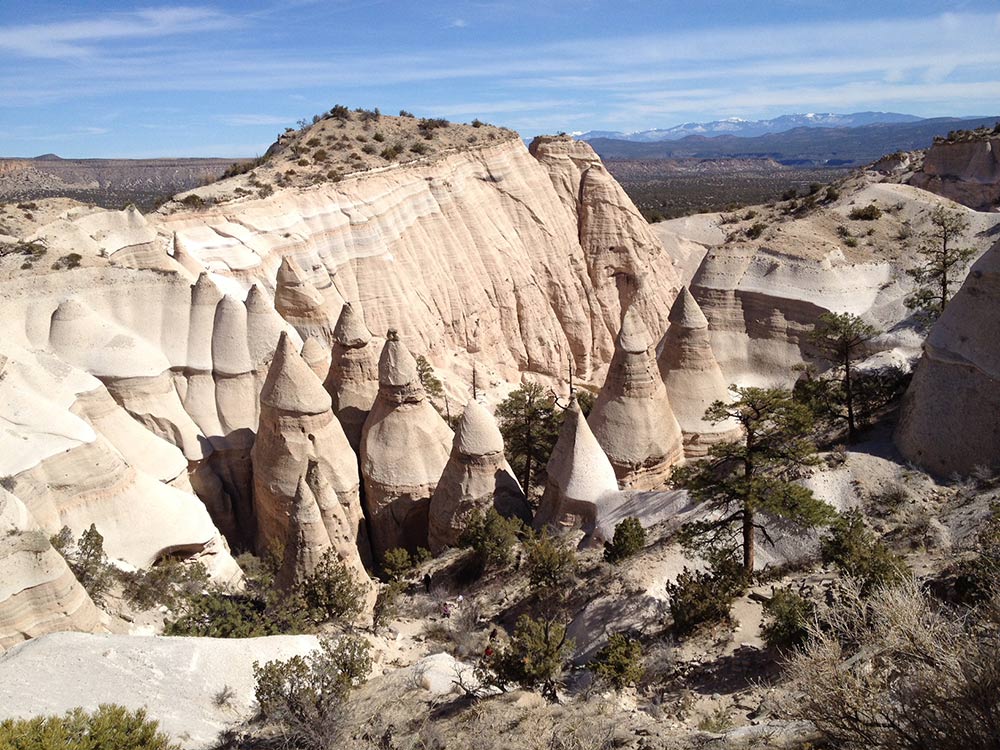 What advice would you give other people who are hoping to retire in a new place? Anything you wish you’d known before you did it?

Do your homework. Before we made our final decision we had a pretty good idea of Santa Fe’s politics, weather, cultural offerings, taxes, housing and medical facilities. We knew Santa Fe has a small town feel with big city amenities, like a symphony, a world-class opera, visiting artists and lecturers and a couple hundred great restaurants. 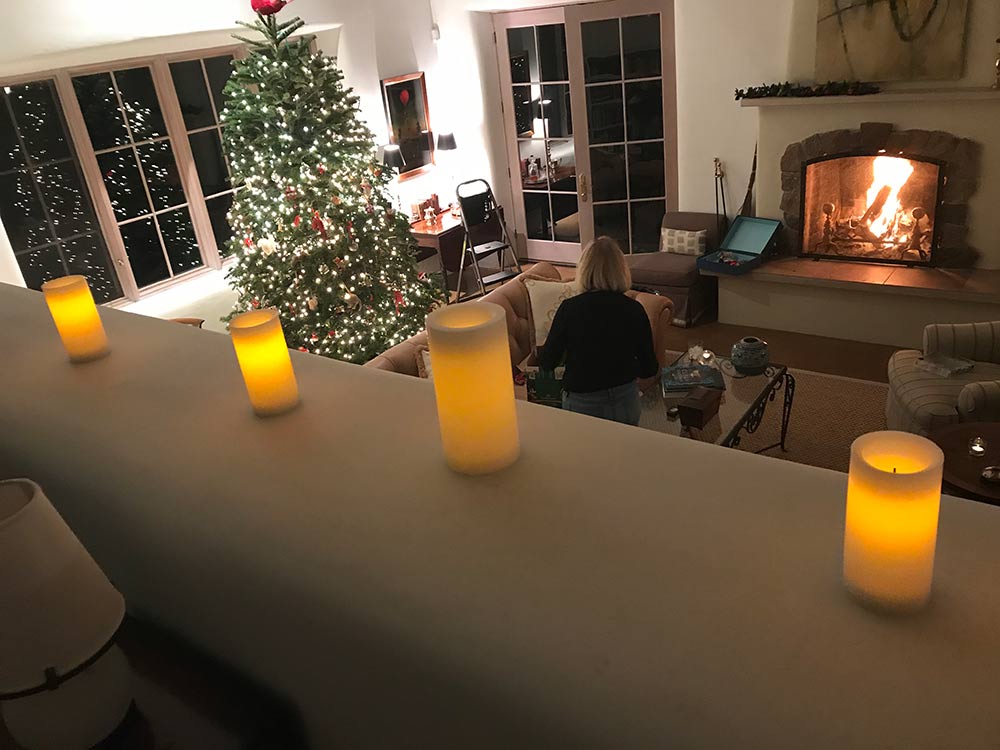 Good God, y’all! Do you have a week? People. Sunsets. The “City Differentâ€ kind of vibe. Lights on the Plaza at Christmas. The magical walk up iconic Canyon Road on Christmas Eve. The fragrant smell of pinion logs burning in our fireplace. The aroma of fresh chiles being roasted outside during the season. Taking out-of-town visitors hiking at Kasha Katuwe and showing them Meow Wolf and blowing their minds both places. The free outdoor concerts at the Bandstand throughout the summer. Bird-watching at the Audubon Sanctuary. The very real sense of history in a city that was established years before the pilgrims landed at Plymouth Rock. The fact that two different downtown buildings have bronze plaques claiming to be the site of the jail where Billy the Kid was incarcerated. And the fact that you would never, ever, ever mistake this dusty little cowboy town for anyplace else on earth. Those are the things I love most.

I just have to ask: where’s the best place in town to get a burrito?

I’m a Harry’s Roadhouse or Tune Up CafÃ© kind of guy.

Yes. If you come here, be prepared to stay. You’ve been warned.