Skip to content
Home > Love Where You Live > Ready to Recycle Your Food?

Ready to Recycle Your Food?

Citywide composting of household and commercial food waste is growing in popularity in large and small cities as they discover the environmental and economic benefits. 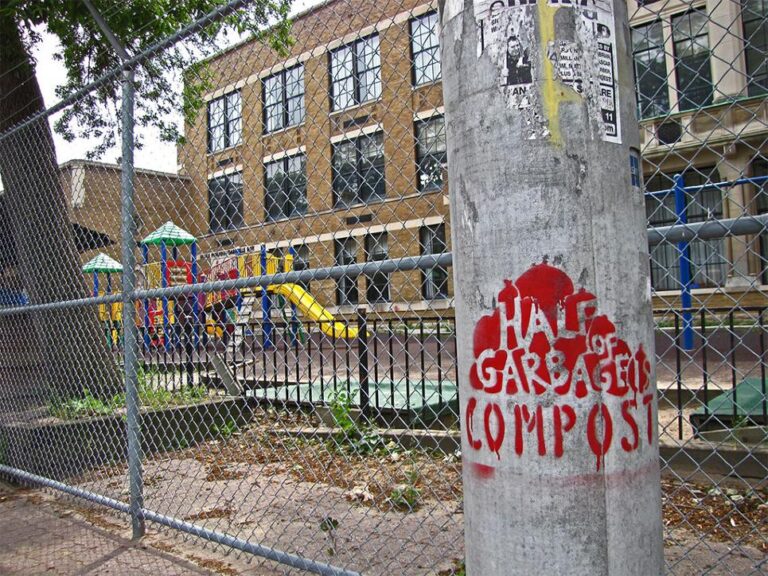 Next time you get ready to toss those wilted lettuce leaves or the morning’s coffee grounds in the garbage, try giving them a bit of eco-love. After all, yesterday’s dinner could one day turn into a vintage wine or a basket of luscious tomatoes – and also save your community money.

It might not come as a shock to learn that San Francisco and Portland, Ore., have had successful citywide composting programs in place for years, but municipal food recycling is also up and running or being piloted in communities as diverse as Brattleboro, Vt.; San Antonio and El Paso, Texas; Bridgewater, Conn.; Northfield, Minn.; and Cleveland, Ohio. And in 2013, New York Mayor Michael Bloomberg announced plans for a residential food recycling program that by 2016 will include the entire city and eventually become mandatory.

“New York City is really important when it comes to solid waste because it’s so complex here. It’s been very exciting to launch organics collection because if you can do it here, you can do it anywhere,” says Ron Gonen, former deputy commissioner of sanitation, who oversaw the launch of the city’s food recycling program, now well under way. “New York spends $330 million a year sending stuff to the landfill, and we spend about $85 million exporting organics, when we can compost and resell it or turn it into energy.”

Through the program, New Yorkers are supplied with a special kitchen container into which they can put food scraps. The containers are then dumped into larger receptacles for curbside pickup. The city’s leftovers then go to an anaerobic digester facility, where they generate fuel, and the remainder goes to a composting plant.

Not everyone is enthusiastic about municipal food scrap recycling, citing “the ick factor,” possible odors and vermin, and inconvenience, particularly for multifamily residential buildings. But for many, citywide composting makes particular sense in light of the numbers. The EPA estimates that in 2012 the country generated 36.4 million tons of food waste, of which 4.8 percent was recovered and reused. The rest is, well, wasted in landfills, leaking climate-warming methane gas into the air and costing valuable dollars.

Making use of food waste benefits the environment, saves money and can produce fuel and compost, enriching the soil, which in turn produces more food. It’s a circle that people tend to appreciate when they learn about it.

“We work hard to help connect the dots for people so they understand the importance of our composting program,” says Guillermo Rodriguez, spokesperson for the San Francisco Department of the Environment, which initiated mandatory citywide food recycling in 2009. The city’s vigorous, multilingual educational program, financial incentives and efficient three-bin recycling system apparently worked: the city is now recycling 80 percent of its food waste, with plans to eventually keep all trash out of landfills.

“In San Francisco, we have a very simple goal: zero waste by 2020,” Rodriguez says. “People are very supportive of that. It’s a San Francisco value now.”