Flyover states tend to be overlooked and joked about — here's why they're actually great places to live. 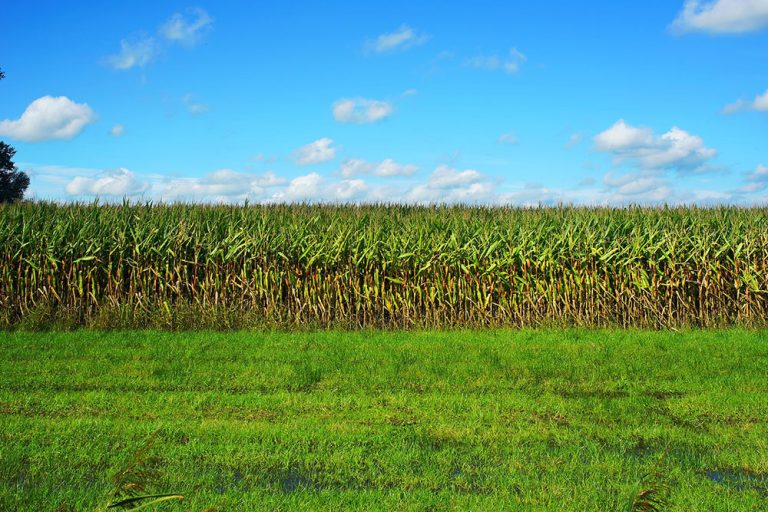 Though I wouldn’t have admitted it at the time, I was super homesick my first semester of college.

I was 17 years old and living in an urban suburb of Chicago 600 miles away from home. Once the initial thrill of being on my own for the first time wore off, I found myself longing for cornfields, friendly faces and the comfortable stability of my hometown, Grand Island, Nebraska.

With a population of more than 50,000 people, Grand Island is not the kind of “one stoplight” small town you see portrayed in movies. But because many families have lived there for generations, it feels like a small town and has many of the same benefits.

Lots of people don’t really know where Nebraska is, and if they’ve been there before, it’s usually because they were driving through on their way to somewhere more exciting. Even today, people still ask me what we did for fun growing up. Weren’t you bored all the time? Did you go cow-tipping?

Jokes aside, here are seven things I loved about growing up in a “flyover state,” and why I wouldn’t trade my hometown for the world.

1. People actually show up for each other.

I realize it sounds cliche to say that “everybody knows everybody” in a small town. But it’s true, and, what’s more, people actually show up for each other when it really matters. Through the grapevine, people find out that their friends and neighbors need a little help, and they step up.

Case in point: when my grandpa died this fall, many of my mom’s old friends and coworkers unexpectedly came to the funeral, even though it had been a while since they’d seen each other. I once heard about a group of farmers who worked nights and weekends to plant a man’s crops when he became too ill to do so. People show they care with their actions — and they almost always do so quietly, humbly, and without prompting.

2. There are real farmers’ markets.

Don’t get me wrong, I’m a big fan of all types of farmers’ markets — even the kind with artisan soaps, expensive homemade jewelry and shabby-chic home decor. But in Grand Island and, I’m sure, other somewhat rural communities, our farmers’ markets are what I consider the real deal. Farmers load the day’s harvest into the back of their pickup trucks, drive into town and drop the tailgate. Give them some cash, pick your ears of corn from the truck bed and head home for dinner. Also, I may be biased, but I firmly believe this part of the country has the best sweet corn and watermelons money can buy.

Some may think it’s boring to live in Nebraska or another flyover state, but I have another word for it: consistent. My family never moved — in fact, my parents still live in the same house I grew up in — so I never experienced saying goodbye to all my friends or starting over at a new school. We saw the same friends and neighbors at the grocery store every Sunday morning. My old teachers still recognize me when I come back to visit. Small towns and cities like Grand Island might not offer the nonstop energy and excitement of large cities, but they are stable and lovely places to live.

Yes, I will admit that sometimes the air in Grand Island smells a bit like manure (hey, it’s partially a farm town, OK?). But compared to other places, especially big cities, the air in this part of the country is relatively clean. And when you get just a mile or so out of town, it smells even better, especially in the summer months. You’ll get whiffs of freshly cut hay and alfalfa, newly turned earth and approaching thunderstorms.

5. The landscape is stunning.

No, we don’t have forests full of evergreen trees or mountain peaks. There are no beachfront restaurants or city skyline views. But the plains and cornfields of Nebraska are gorgeous in their own quiet way, especially when the sun is rising or setting. And while Grand Island doesn’t have an official Dark Sky Designation like other cities, there’s not much light pollution in the middle of Nebraska, so on a clear night, you can see thousands of stars.

One of the absolute best parts of living in a relatively small town is that you can get pretty much anywhere in 15 minutes or less. No high blood pressure from sitting in traffic every morning, no road rage-induced yelling, no need to leave the house an hour early for work. Ahhh.

Nebraska is getting REAL with their new tourism slogan. We couldn’t help brainstorming a few other options…

7. You can learn about our country’s heritage.

Tourists from all over the world visit Grand Island for the Stuhr Museum of the Prairie Pioneer, a living history museum that transports you back to the 1890s. This isn’t a boring, stuffy museum either — aside from learning about American pioneers, you can watch a real-life blacksmith twist red-hot iron into tools, sample old-timey ice cream flavors (the black walnut is delicious), walk on stilts and step inside a Pawnee earth lodge. Flyover states may not seem as glamorous or exciting as other places at first glance, but they’re brimming with history and culture that shouldn’t be overlooked.

Next time you find yourself passing through, why don’t you stop and stay awhile?