Why Some People in the Entertainment Industry Choose Small-Town Life

Is it possible to launch and maintain an entertainment career outside of a big city? Yes. Here's the real deal from people who made it happen. 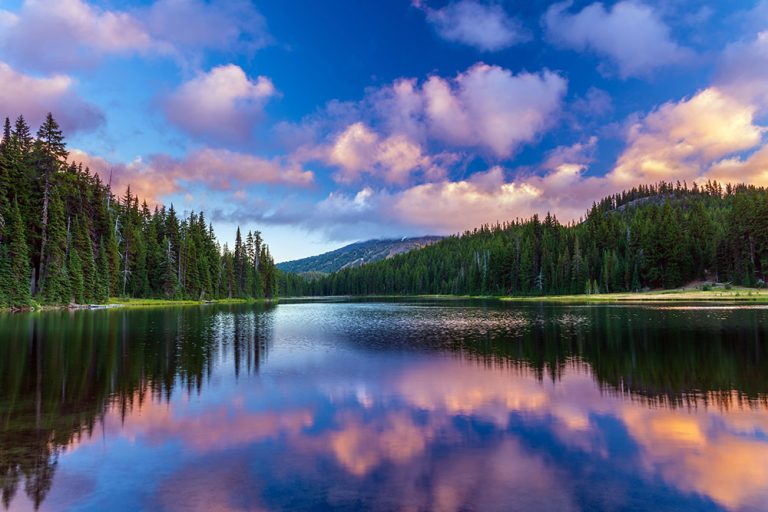 If you’ve ever considered working in the entertainment industry, you’ve probably thought about moving to a new city to launch your career. Because you have to move to New York City or Los Angeles to make it big, right?

As it turns out, plenty of actors and actresses who grace the big (and small) screen have built – and maintain – successful entertainment careers while residing in small towns and under-the-radar cities. Why are these entertainers skipping big city life? We asked a couple of them to tell us their reasons – and why you might want to follow suit.

The Benefits of a Tight-Knit Community

Actress Kimberly Leemans (“America’s Next Top Model,â€ “Walking Dead,â€ “Vampire Diariesâ€) and her partner Falk Hentschel (“Welcome to Marwen,â€ “Legends of Tomorrow,â€ “The Alienistâ€) moved to Bend, OR, in the middle of what Leemans refers to as “Snowpocalypse 2017.”

“People were stuck in the snow or driving slow and everyone would just be patient, and get out of their cars to help,” says Leemans. “We thought all the snow was gorgeous and it really brought out all of the friendly neighbor vibes that we’ve fallen head over heels with.”

Right then, the couple knew they had found a true community – proof that even movie and TV stars long for helpful, big-hearted neighbors.

Just ask Meryl Streep and Tom Hanks, who are just a couple of the A-list celebrities who find protection and comfort in the small towns they call home. While locals are no doubt proud to share their beloved home-base with big names, they also go the extra mile to extend that small-town courtesy, kindness and respect that these communities are known for.

More and more industries are shifting to remote and contract work, which is changing the economy and shaking up the way many people live, commute and build their careers.

But TV and film work has always been structured this way, which means living where you want and traveling for specific projects is a viable option. Leemans says the idea that living in big cities improves your chances of working in the entertainment industry is an outdated stereotype.

“The last two years [before moving to Bend] I was living between Atlanta and LA with all my auditions being submitted on tape via video submission, and all of my work not being in LA,â€ says Leemans, who credits advances in technology for her ability to make a change in lifestyle. Both Leemans and Hentschel fly to meetings and for work when needed. “Technology can be a beautiful thing. And when we use it for good, we can have our cake and eat it too.”

With a new SyFy series called “Spidesâ€ soon to be released and plenty of work on the horizon, both Leemans and Hentschel are enjoying the perks of working remotely and commuting when needed.

From the outside, working in the entertainment industry looks like a whole lot of fun. What most people don’t see is the stress that goes along with gig work: auditions, rejections and on-the-job tension. The hustle and bustle of big-city life only compounds the intensity. Think: traffic, crowds, expenses. Moving to a small town doesn’t fix everything, but it removes the setbacks associated with cities like LA and New York.

Locations like Taos, NM – where Julia Roberts resides – don’t have bumper to bumper traffic 9 a.m. to 5 p.m., or the rising crime rate that larger cities struggle with. Where you live might not eliminate all your work-related stressors, but it can provide some respite from some of the daily stress.

There are numerous studies touting the benefits of spending time in nature: reduced stress, lowered blood pressure, a boost in mental health. While big-city life gives people in the entertainment industry fast access to studios and other work-related locations, accessing the great outdoors requires time, planning and a bit of travel.

Smaller towns are often surrounded by wilderness areas or natural landscapes that offer a break from the overstimulation experienced in the concrete jungle. Leemans and Hentschel found reprieve they needed in Central Oregon’s high desert wilderness when they first drove out to check out the town of Bend.

“We did a road trip through Oregon looking for the perfect blend of nature and city, and when we got to Bend, we both just looked at each other and thought “This is it!â€ says Leemans. “We took a chance and we were so right!â€

Moving to Bend, Oregon? Here’s Everything You Need to Know

If you are a small-town person at heart, but you’ve got big dreams, don’t despair. You’ve still got a shot at the big screen. And if you’ve been in the entertainment industry for years and you’re ready to simplify and change up your home base, you should go for it.

“The move has only improved my life,â€ says Leemans. “The people I’ve met, the community that I’ve fallen in love with and the nature have all been hands-down the most healing and beautiful gifts I could have given my soul.”