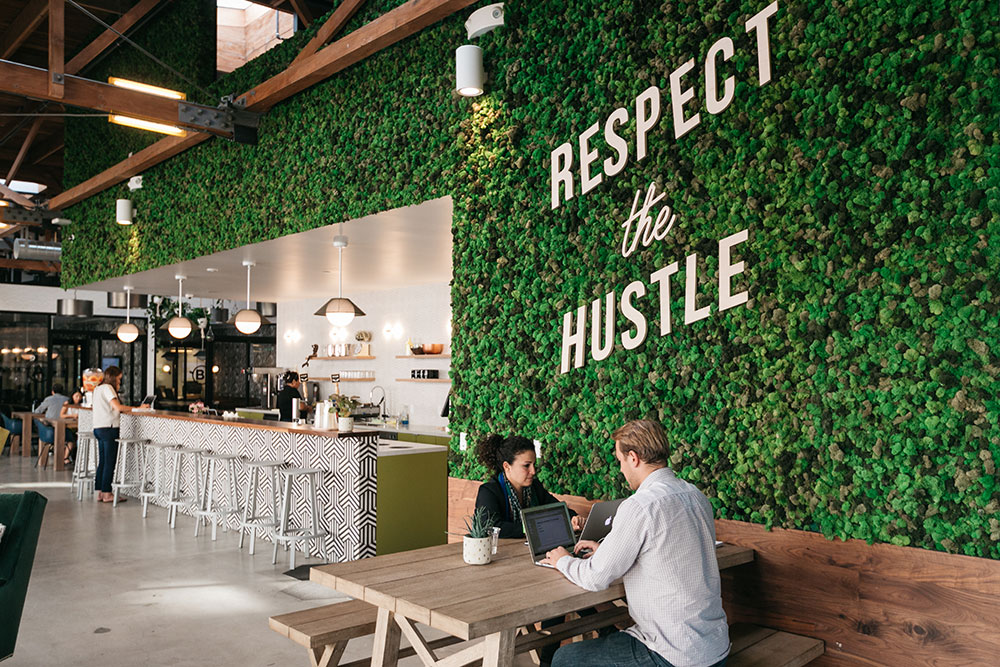 Jordan Miller had had enough of big cities.

After finishing her Ph.D. in human evolutionary biology at George Washington University, she turned her focus to bootstrapping her startup. But she didn’t want to do it in Washington, D.C.

“I specifically didn’t want to live in a coastal metropolis [anymore],â€ she told Livability in an interview. “I was tired of the hustle and bustle. … I knew I was going to be launching this company and had the choice to do it anywhere.”

Indeed, geographic proximity to a certain industry or company is no longer a requirement for our working lives anymore. Increasingly, today’s workers can choose where to live based more on culture, amenities and the all-important factor: cost of living.

In Miller’s case, Seattle, San Francisco and Brooklyn are all top cities for tech startups. However, skyrocketing housing costs means companies like hers are looking towards the smaller cities across America.

So last year Miller packed up her life in D.C. and moved 2,400 miles away to Boise, Idaho. 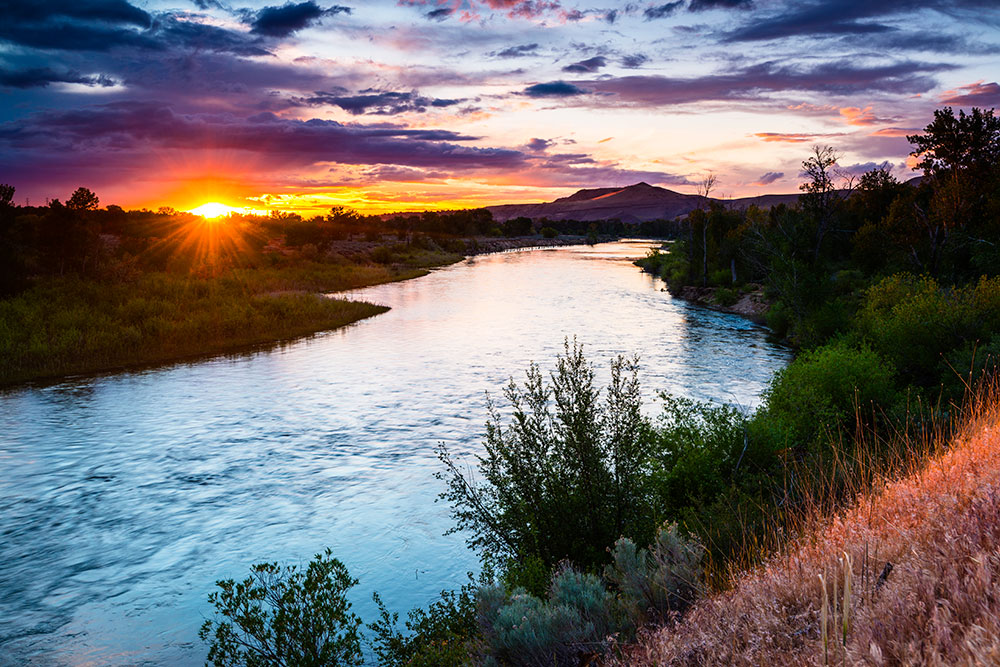 “I chose Boise for the the work/life balance,â€ she explained. The 220,000-person city has a fabulous restaurants, great bands and “a growing, exciting tech scene,â€ she said. It is also “incredibly affordableâ€ compared to D.C., she said.

Perhaps most importantly, the Idaho capital has “some of the best outdoor accessâ€ she has seen in the continental U.S., Miller said. Boise National Forest abuts the city, there is the Greenbelt riverside trail, and the state has seven national parks.

“In about two minutes I can leave my house either on the mountain bike or running and be lost in the wilderness outside,â€ she said. “It’s fantastic.”

Industries have long been tied to certain locales: The entertainment industry was in L.A.; insurance hovered around Hartford, Connecticut; the motor vehicles industry was in Detroit; the media was in New York City.

However, an increasingly digital workforce – and increasingly globalized world – has irrevocably changed how and where we work. Today the ability to work in a different geographic area than your team or industry peers is on the upswing. In 2013, Gallup found that 39% of employees worked remotely in some capacity, and last year, a Gallup report found in 2016 that number had risen to 43%.

The popularity of remote work seems driven by employees themselves, as the Gallup report also found that 37 % of them would change jobs to have the ability to work where they want at least part of the time.

Telecommuting, or working on-site at least part of the time, is also increasingly popular, as The Society for Human Resource Management found in 2016 that the number of organizations offering telecommuting has increased threefold, from 20 to 60 percent, since 1996.

Some companies even forgo a centralized location entirely, an organizational set-up called a “distributed team.â€

Dan Faricy is executive director of Trailhead, the coworking space and startup incubator in Boise where Miller is based. His resume included years in more traditional corporate settings at Hewlett-Packard, Wirestone and State Street Bank. He has watched how the workforce has changed throughout his career, such as the rise of the so-called “gig economy.â€

“Today’s workforce is much more like a Hollywood film, where you’re bringing in directors, producers, editors, writers, grip people, whoever to deliver on what needs to be done at the time,â€ he explained.

Additionally, dual-career relationships are common nowadays. “There are a lot of companies where people are coming in from out of state [to work for those companies],â€ Faricy noted. “They have a partner or a spouse. Where does that person go to work?â€

Indeed, according the Bureau of Labor Statistics 2017 Employment Characteristics of Families, both partners work in 48% of married-couple families and in families with children under 18, 62% of married-couple partners were both employed. If one partner’s employment is tied to a specific location, the current remote workplace climate means more opportunities for the other partner to work from anywhere.

‘Co-working is the new church’

The rise of remote work can also be seen in the increased popularity of co-working spaces. As Faricy put it, “Working out a coffee shop just isn’t functional day in and day out.â€ The U.S. had 3,205 coworking office spaces in 2017, according to the Global Coworking Unconference Conference, and that number is expected to grow in years to come.

Many people who work remotely from home (including this author) desire a separation between their home space from their workspace. For instance, Miller said she primarily works from home, but “Trailhead is great for us in terms of meetings and networking and just having a place to go.â€

Popular co-working spaces with a presence across the U.S. include WeWork, The Wing (to which this author belongs), Hera Hub, Make Offices, Industrious, TechSpace, Serendipity Labs, and many others. 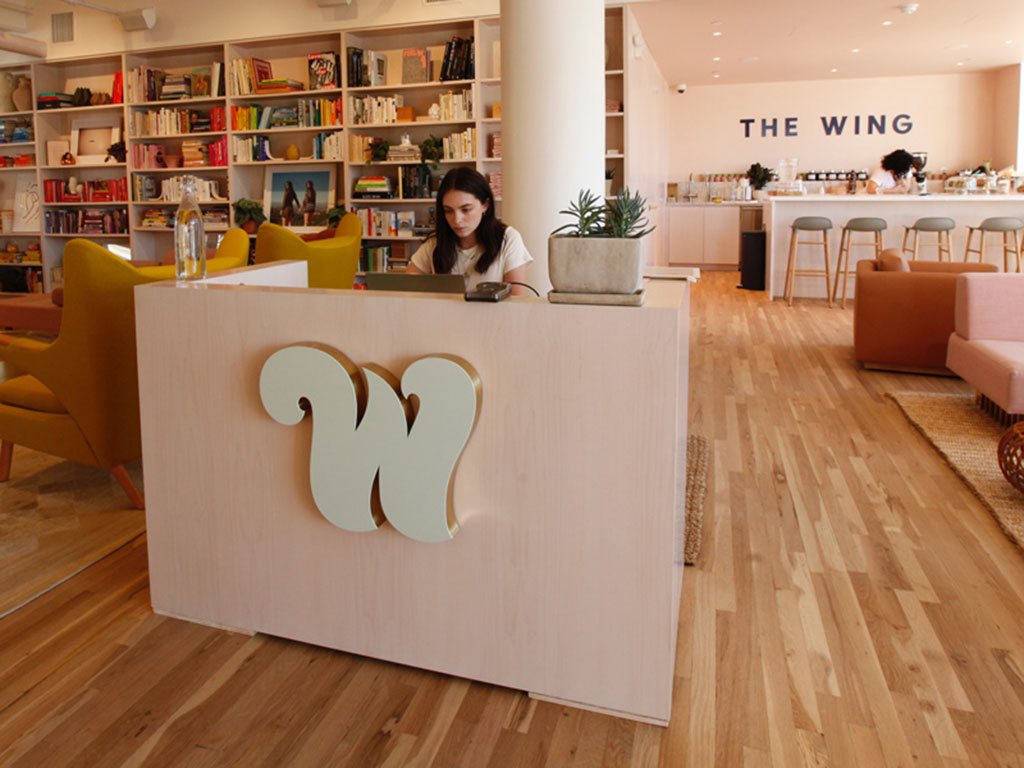 Some co-working spaces allow employees to rent an office space for a team. Others have communal tables or desks which everyone shares. Typically, kitchens and bathrooms are communally shared, and the spaces will provide occasional cultural or networking events on-site.

“When WeWork opened its doors in 2010, it primarily served freelancers, entrepreneurs and creators,â€ said Adrian Zamora, associate in corporate communications from WeWork, in a statement to Livability. “As we’ve grown, we’ve quickly learned that we can redefine the employee experience for companies of all sizes, from entrepreneurs and freelancers to startups and large corporations.”

The rise in remote workers and increasingly non-traditional work environments mean social communities are now forming in different ways. A downside of remote workplaces is a feeling of disconnect from one’s coworkers and management; an upside, however, is the ability to form connection with a wider variety of people.

While in the past, you may have bonded with a cubicle-mate who holds a similar job as you, it’s now possible to befriend someone in an entirely different field who happens to work out of the same coffee shop or co-working space as you each day.

Felena Hanson, who founded Hera Hub, the first female-focused international co-working space, seven years ago, agrees that community is everything.

“I think for a lot of people, co-working is the new churchâ€ in terms of the social role it plays, Hanson said.

“Most of my members have a really nice place to work at home, frankly,â€ she continued. “So what’s going to drive them to get out of their yoga pants and their comfy home office? Come in and connect with others. So we’re community first and space second.”

If You Can Work Anywhere, Where Do You Live?

Cities are responding to this shift in lifestyle in part through incorporating co-working spaces into business development. For example, Trailhead is a non-profit co-working space that has grown in size over the past two-and-a-half years. Boise’s Capital City Development Corps. holds the lease on its buildings.

Involvement from the city helps with funding, public relations, and other ways, explained Faricy.

As people become priced out of larger cities, they are being welcomed into smaller ones. And cities know this.

“These little tech cities have essentially been popping up all over the United States,â€ said Miller, noting that Boise has a “vibrant entrepreneurial climate.”

Yet she feels lucky that she’s able to run her company, Co-Capture, so close to nature.

“If I’m having a bad day in the morning, or have been holed up in meetings in the wintertime, I just take 20 minutes and I’m up to the top of Bogus Basin, which is this awesome mountain,â€ explained Miller.

“That I can snowboard the second half of the day is pretty phenomenal.”