There's no greater badge of honor for an ambitious person than 'making it' in NYC. So how do I wrap my head around leaving? 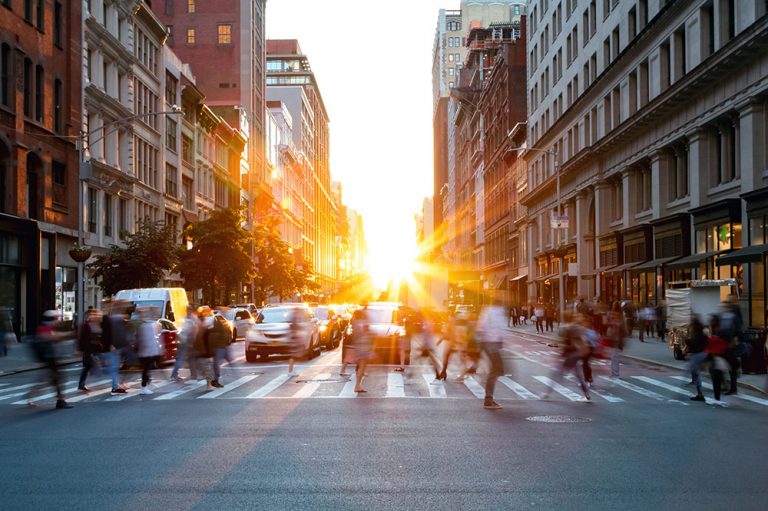 There is the version that goes “The Bronx is up and the Battery’s down!” that always helped me with directions on the 4, 5 and 6 lines. But here I’m referring to the Frank Sinatra/Liza Minelli version that goes: “If I can make it there, I’m gonna make it anywhere!”

I had a sentimental moment during my college graduation when a group of a capella singers performed “New York, New York,” and those lyrics spoke directly to me. I had just completed four years of school in this enormous and overwhelming city; one could have argued that I had already “made it.” But instead, I saw that New York City was my oyster without classes and homework. Finally, my ambition could truly be unleashed: I’m gonna make it anywhere!

However, I work in journalism and New York City is one of the media capitals of the world. I not only wanted to live there but felt like I had to live there. There’s a mythology that New Yorkers have about themselves being the best in any industry and New York City being the only place where you can realize your dream. These myths are based on some truths. But I drank that Kool-Aid, anxious that leaving would be perceived as my failure to “make it” (even though I lived and worked there for almost 20 years). So you’ll understand why I struggled during the many years, beginning in my late 20s, when I wanted to move someplace else. I forced myself to live with my frustrations about big city living.

This is all to say that I was an Ambition Monster. My ambitions defined me more than what kind of sister or friend or aunt I am. That’s how I operated in high school, throughout college and early in my career. I cared a lot about climbing the ladder, much more than having good friendships or sound mental health. I don’t even think I realized the extent to which anxiety and depression shaped my life because those moods were so deeply embedded in the way I lived.

In order to give myself permission to leave, I needed to question whether these myths about New Yorkers being “the best” and New York City being “the only place” were true. Throughout my late 20s and early 30s, it increasingly became clear that they were not. I know people working on cool projects throughout the world. They are not necessarily smarter, more successful or “better” than my fellow New Yorkers; in fact, they sometimes seem a lot happier. It’s one thing to know that intellectually, but I had to divorce my ego from the idea that there was something special about me simply because of where I lived or what I did.

I sought to move to a place where ego and ambition weren’t such constricting forces in my life and where I felt like I could enjoy life more. Asheville was appealing because the whole city has a low-key, unpretentious vibe. It’s a hugely creative city full of musicians, artists, chefs and writers, but these titles do not seem to define people in the same way. It’s not the kind of place where the first thing people ask you is what you do for a living. I don’t feel the same ambient jostling for status. Asheville’s lack of pretension is hugely refreshing.

In the months leading up to moving to North Carolina, I worried about whether leaving New York City meant that I had failed somehow. That one mean little thought kept buzzing around in my brain. Even though I understood the move would be better for me and my husband in innumerable ways, I still worried that I was somehow making a mistake.

It was not until a girlfriend made a comment to me that I was able to banish those worries entirely. She suggested that I look at my move within the framework of a plant being repotted in new soil.

Asheville is not better; it’s certainly not worse. It’s just different. I am still the same plant. I am now growing somewhere else.