Skip to content
Home > Make Your Move > The Moving Diaries: Why I Left NYC, and How I Chose My New Home

In Livability's new column, Jessica shares why she decided to move from a very big city to a much smaller one — and how the whole "moving during a pandemic" thing works. 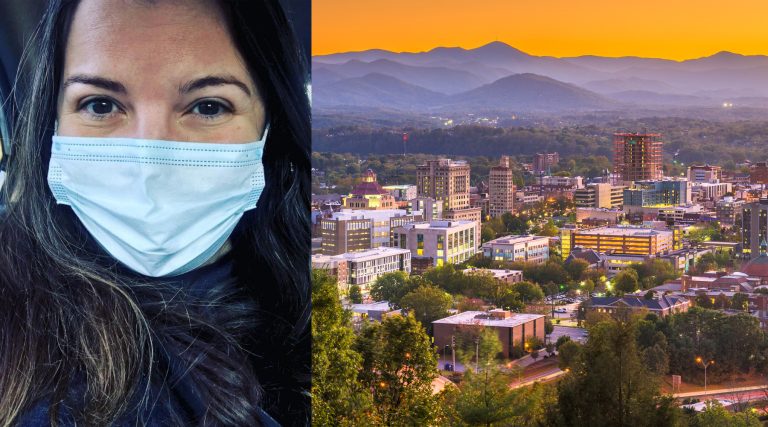 Growing up, it seemed like everything important in my world came from New York City. It’s where books were published, where plays were performed, where music was recorded and where artwork hung.

I grew up in a suburb of Connecticut, a place that I may have liked very much if I sailed or played lacrosse or racquetball. But I never felt like I fit in in Fairfield, despite my father’s family’s roots there dating back to the 1600s. When I was 14 or so, my parents let me take the train into New York City with my friends. We saw a performance of “The Vagina Monologues,” went to Ani Di Franco concerts, and wandered around The Strand bookstore spending our babysitting money on books.

When I applied to colleges, I never seriously considered any schools outside of New York City. I got into New York University, and during my sophomore year, I could see The Strand out of the window of my dorm room.

Everything about New York City suited my 17-year-old self. I was fearless and foolish and curious and desperate for male attention. New York City is perfect for all of that. And most importantly, New York City was one of the world’s media capitals, and I knew from a very young age that I would be a writer.

I’m 36 now. The embarrassing truth is that my life in New York City didn’t change much since I was 17 because there are certain steps toward adulthood maturity that you’re able to glide over there. I never bought a car or an apartment or a house. I don’t have children. None of this bothered me, until all of a sudden, it did.

In 2013, I met and fell in love with the man who would become my husband. Kale had come from Australia to live in the U.S. for a year. I cared more about continuing a relationship with him than anything else; I would have left my Astoria, Queens apartment to move back to Australia if he wanted. But for a variety of reasons, it made more sense for us to stay in New York City, so we did. We got married and moved into an apartment in Brooklyn together.

For my husband, everything that is incredible about the city – and everything that is horrible about the city – was happening to him for the first time. But I just didn’t feel the same whimsy about New York City anymore. It was hard to appreciate the city’s world-class art museums when I got irritated every time I snaked through the tight aisles of a grocery store. It was hard to have my breath taken away by a bridge or skyscraper when every few blocks sat a new luxury high-rise that no one could afford.

I increasingly questioned the value of being a New Yorker and only a New Yorker. I had just married someone who had moved halfway around the world and yet I’d barely traveled within the United States. In fact, I spent most of my life in a 56-mile stretch between Fairfield, CT and Manhattan. I felt like the worst stereotype of the “coastal elite who won’t leave their little bubble,” while four of my closest friends each left for someplace exciting: Germany, South Korea, Israel, Hong Kong. I felt like that guy who hangs around his college campus years after graduation, long after everyone else has left.

But marriage meant that now I needed buy-in from my husband to move someplace new. Kale was on his own timetable with New York City (which seemed to have a lot to do with his favorite bars closing one by one and being replaced by banks). Although I had become downright unhappy living in Brooklyn, I also didn’t want to push him into anything before he was ready. In 2016 or so, he suggested that we choose 2020 as a date for moving. We began a Qapital account to save money for the move. (We eventually saved about $10,000 to finance our move this way.)

We also needed to decide where to move. Honestly, I cared primarily about housing. I wanted a big kitchen, a yard or porch, and enough room for me to have a home office (I began freelancing full-time in 2017). But other than those things, I was so desperate for new experiences that I would have moved to any city, suburb or town. My only strong preference was not to live anywhere colder than Connecticut, so the rest of New England was out.

Kale had a longer wishlist. He wanted to live in a city, have an arts or music scene and good restaurants. Because he would be working remotely for a company still based in New York City, he wanted to be near an airport. And he wanted to spend no more than $1,500 per month on rent.

We considered Melbourne, Australia, to be closer to his family and visited there in spring 2019. But aspects of Melbourne felt too similar to Brooklyn – expensive rent, small apartments, etc. – and I felt that it was too far away from any of our friends.

Then, in the fall of 2019, we spent our sixth wedding anniversary in Asheville, NC. I’d been to Asheville once in college and liked it but hadn’t ever considered it a place to live. Now I was able to look at this small city as an adult who needed someplace calm and quiet to make her home. Asheville made it easy to relax, and everyone we met was friendly (and usually pretty artsy, too). After four days spent eating incredible barbecue and staring at the mist coming off the mountains (which I know sounds cheesy, but really, it’s beautiful!), we fell in love with Asheville.

By the time we flew back to New York City, we knew that we would move to Asheville in October 2020. I jumped headfirst into learning more about our soon-to-be-home and its surrounding area. Pretty much every single day for a whole year, I read the daily newsletter called AVLToday and looked at apartments on Zillow; I lurked on Reddit threads about the city and browsed forums on Craigslist.

I don’t need to explain to anyone how 2020 was a difficult year, especially while living in Brooklyn. Living through the Covid outbreak was strange and disorienting and sad, even more so than the 9/11 terrorist attack that happened in my first few weeks of college. During the worst months of Covid in March and April, it was hard not to feel twinges of guilt for knowing that we would leave the relentless sirens, the makeshift hospitals and refrigerated mobile morgues in a few more months.

I had lived in New York City for the better part of 19 years. What a terrible note to end on.

It took a long and bumpy road to get to Asheville (and I mean that both figuratively and literally – we got a flat tire in Pennsylvania while we drove down during our move). And I know that we are not experiencing ‘normal’ Asheville because, by now, Covid has spread throughout the U.S. It feels as if we are watching our new neighbors in North Carolina go through the same things we went through eight months ago.

But making a life in a new place is what I’ve dreamed about for years now, and I’m trying to embrace it fully.

Over the next couple months, I’m going to share my moving journey with you: real talk about choosing a new city, cost of living, what it’s like to leave a place you’ve lived your whole life, and the nitty-gritty details of moving during a pandemic (spoiler alert: it’s complicated but doable). If you’re pondering a move of your own, be sure to follow Livability on Facebook and Instagram for extra content and Q&As. Let’s do this together.